Climate scientists long thought Antarctica’s interior may not be very sensitive to warming, but our research, published today, shows a dramatic change.

Over the past 30 years, the South Pole has been one of the fastest changing places on Earth, warming more than three times more rapidly than the rest of the world.

My colleagues and I argue these warming trends are unlikely the result of natural climate variability alone. The effects of human-made climate change appear to have worked in tandem with the significant influence natural variability in the tropics has on Antarctica’s climate. Together they make the South Pole warming one of the strongest warming trends on Earth. 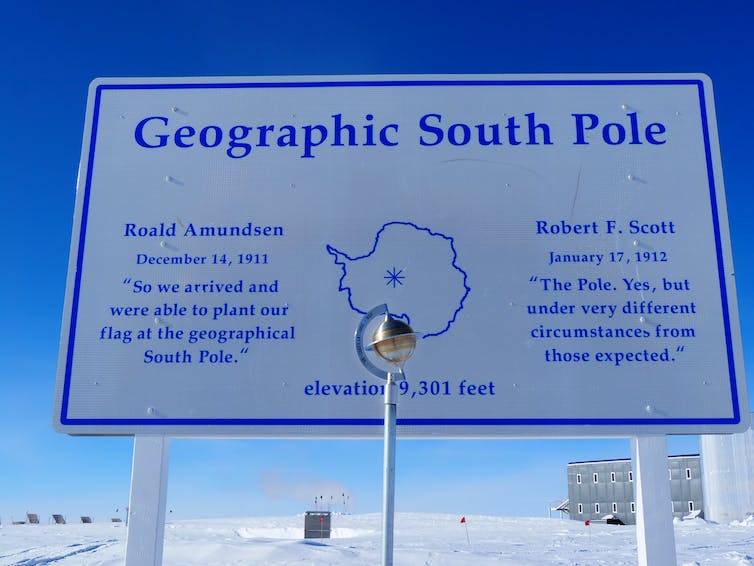 The South Pole is not immune to warming

The South Pole lies within the coldest region on Earth: the Antarctic plateau. Average temperatures here range from -60℃ during winter to just -20℃ during summer.

Antarctica’s climate generally has a huge range in temperature over the course of a year, with strong regional contrasts. Most of West Antarctica and the Antarctic Peninsula were warming during the late 20th century. But the South Pole — in the remote and high-altitude continental interior — cooled until the 1980s.

Scientists have been tracking temperature at the Amundsen-Scott South Pole Station, Earth’s southernmost weather observatory, since 1957. It is one of the longest-running complete temperature records on the Antarctic continent.

Our analysis of weather station data from the South Pole shows it has warmed by 1.8℃ between 1989 and 2018, changing more rapidly since the start of the 2000s. Over the same period, the warming in West Antarctica suddenly stopped and the Antarctic Peninsula began cooling.

To investigate this possible mechanism, we performed a climate model experiment and found this ocean warming produces an atmospheric wave pattern that extends across the South Pacific to Antarctica. This results in a stronger low-pressure system in the Weddell Sea. 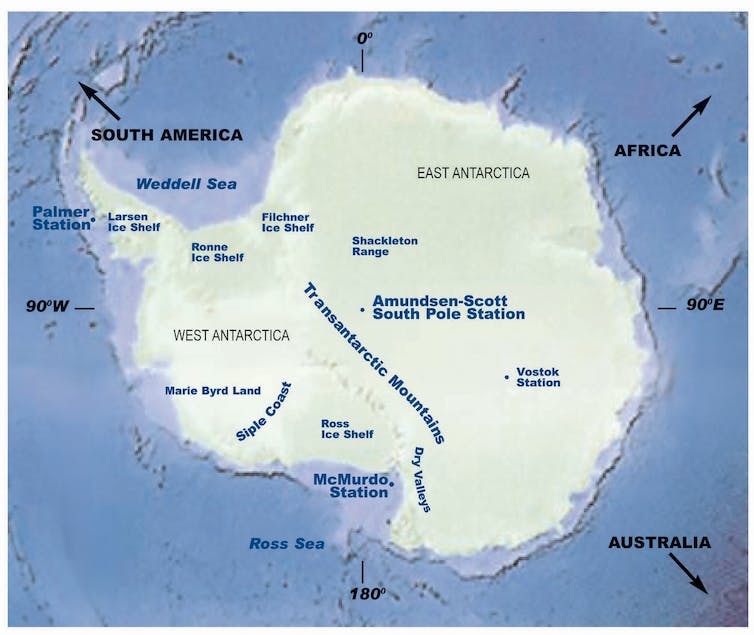 We know from earlier studies that strong regional variations in temperature trends are partly due to Antarctica’s shape.

Scientists have suggested these two different weather patterns, and the mechanisms driving their variability, are the likely reason for strong regional variability in Antarctica’s temperature trends.

What this means for the South Pole

Our analysis reveals extreme variations in South Pole temperatures can be explained in part by natural tropical variability.

To estimate the influence of human-induced climate change, we analysed more than 200 climate model simulations with observed greenhouse gas concentrations over the period between 1989 and 2018. These climate models show recent increases in greenhouse gases have possibly contributed around 1℃ of the total 1.8℃ of warming at the South Pole.

We also used the models to compare the recent warming rate to all possible 30-year South Pole temperature trends that would occur naturally without human influence. The observed warming exceeds 99.9% of all possible trends without human influence - and this means the recent warming is extremely unlikely under natural conditions, albeit not impossible. It appears the effects from tropical variability have worked together with increasing greenhouse gases, and the end result is one of the strongest warming trends on the planet. 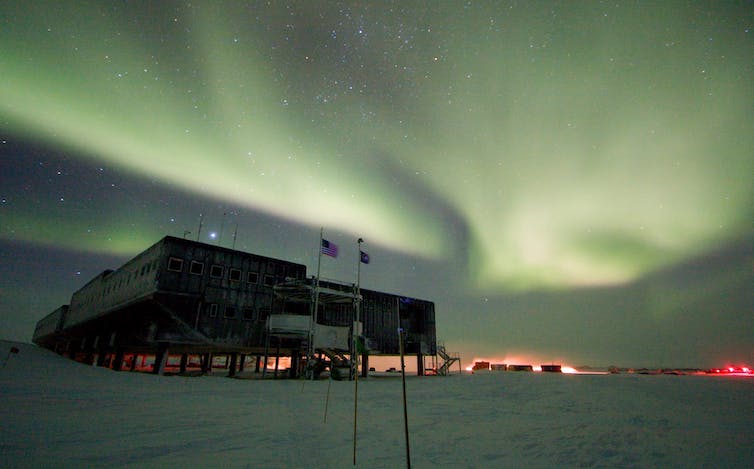 The temperature variability at the South Pole is so extreme it masks anthropogenic effects. Keith Vanderlinde/NSF

This means multi-decadal temperature swings are three times stronger than the estimated warming from human-caused climate change of around 1℃.

The temperature variability at the South Pole is so extreme it currently masks human-caused effects. The Antarctic interior is one of the few places left on Earth where human-caused warming cannot be precisely determined, which means it is a challenge to say whether, or for how long, the warming will continue.

But our study reveals extreme and abrupt climate shifts are part of the climate of Antarctica’s interior. These will likely continue into the future, working to either hide human-induced warming or intensify it when natural warming processes and the human greenhouse effect work in tandem.