In late March, the Victorian government put private security firms in charge of hotel quarantine in Melbourne. This happened without a formal tender process.

It was a decision made at the height of concern about the spread of COVID-19 in Australia. But it is one that has come back to bite Victoria as it stares down a second wave, amid reports of serious infection control breaches in the hotel quarantine system.

The Andrews government has since announced a judicial inquiry into management of the program.

This situation is both distressing and disappointing. But it should come as no surprise to anyone with a passing interest in labour standards in the private security industry or an understanding of governance issues in supply chains.

To put it plainly, the Victorian government used an industry with a long history of non-compliance with minimum standards for a critical public safety job.

An industry where labour issues are rife

According to the Australian Security Industry Association, in March 2020, there were more than 11,000 security businesses in Australia with more than 147,000 individual security licence holders.

It is not difficult to enter the industry. It does not take much capital to start a business and the workforce is relatively low-skilled. As a result, a large number of security businesses compete for security contracts and there is strong competition on labour costs.

a lack of awareness and education regarding employer obligations and employee entitlements.

This creates an industry where labour issues are rife. The Ombudsman and media regularly highlight issues in the sector, including underpayment of wages, health and safety problems and sub-contracting.

The problem with sub-contracting

Sub-contracting is a problem on two levels. Firstly, it often appears in the form known as “sham contracting”. This sees an employer try to hide an employment relationship as an independent contract, to avoid liability for employee entitlements.

Secondly, subcontracting by larger companies to smaller companies dilutes control and responsibility and increases the pressure on costs, especially wages. 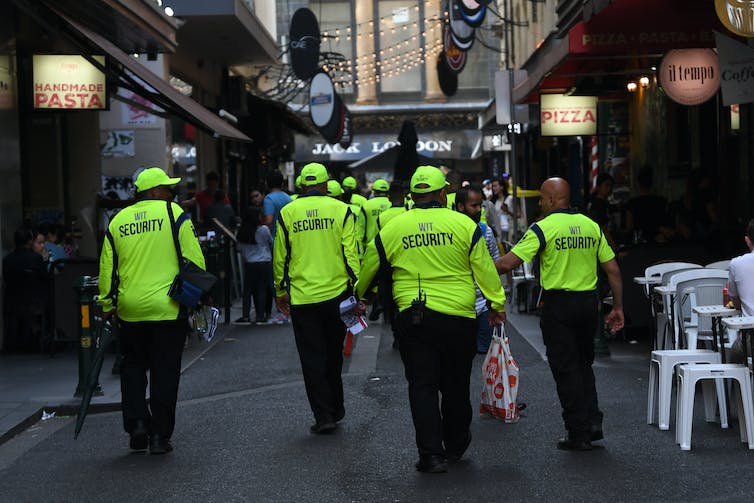 There are about 150,000 individual security licence holders in Australia. James Ross/ AAP

It has been reported that at least one of the security companies involved in Victoria’s hotel quarantine system subcontracted work to a smaller security company.

There are also concerns the industry makes extensive use of “zombie” agreements, which are agreements made under WorkChoices-era regulations that were not subject to the “better off overall test”. This means workers potentially receive lower wages and less generous conditions than they would under the current industry award.

The three firms contracted by the Victorian government were MSS Security, Wilson Security and Unified Security.

MSS, one of the largest security providers in Australia, has recently made headlines over a pay dispute with security guards in Bendigo. Five guards were back-paid $52,000 after a years-long dispute.

Wilson, another large security firm, was the subject of a 2018 Australian Competition and Consumer Commission investigation. This saw them pay back more than $700,000 to clients after charging for security patrols it did not carry out.

Read more: Shocking yet not surprising: wage theft has become a culturally accepted part of business

The Victorian government is also in the middle of a review into the state’s private security industry, with the specific aims of raising industry standards, improving safety of employees and the community, and ensuring workers are paid properly and fairly. It is due to report by December 2020.

The aims are admirable, but the disconnect between the review and the government’s reliance on security contractors for hotel quarantine raises questions about due diligence within government procurement processes.

According to media reports, the companies were engaged without a formal tender process and selected with just 24 hours notice.

The third company used for the hotel program - Unified - was not even part of a pre-approved panel of service providers that allowed certain firms to be contracted at short notice. 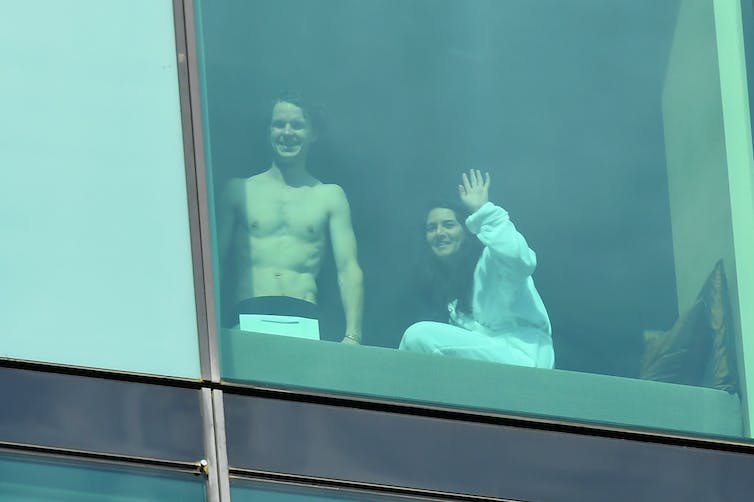 Returning overseas travellers have been quarantined in hotels to try and stop the spread of COVID-19. James Ross/AAP

This was a decision made in context of fast-moving pandemic. But it was not the only option.

The real issue here is procurement

The Victorian government is taking the blame at the moment, but the problem here is much broader and touches all Australian jurisdictions.

The fact that Victoria has relied on private security firms for a hyper-sensitive public health job is testament to an entrenched culture of outsourcing government services all around Australia. In the federal sphere alone, in 2018-19, there were 78,150 contracts published on AusTender with a combined value of $64.5 billion. 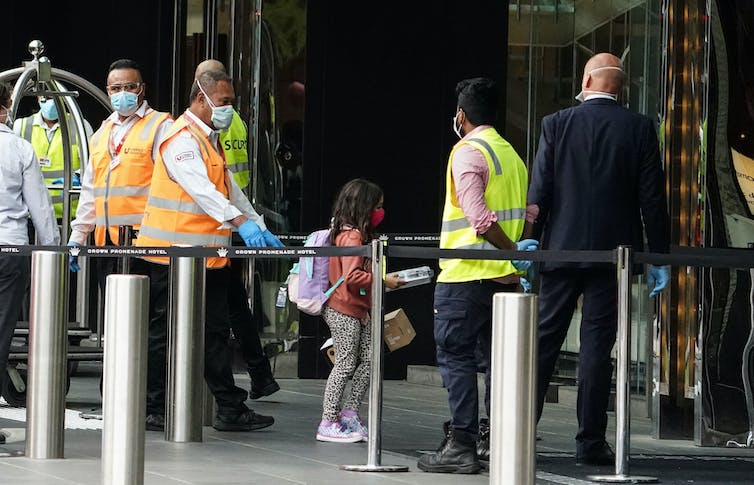 There can be serious consequences if outsourced security goes wrong. Scott Barbour/ AAP

But as governments are among the biggest procurers of goods and services in Australia, they also have a ready-made lever to influence the behaviour of contracted companies.

All levels of government need to monitor the companies who work for them and use their influence to ensure subcontractors adopt best practices in terms of workforce management and labour standards.

Many non-government organisations have similar issues, where corporate social responsibility is at odds with procurement needs.

While the issue seems tricky in highly competitive industries, it can be solved.

A good example here is the Cleaning Accountability Framework set up in 2014. This is an independent, industry-led body that brings together property owners, companies and employee groups to solve labour issues in the cleaning sector.

The hotel quarantine program bungle is the wake-up call we need for a similar body for the security industry.