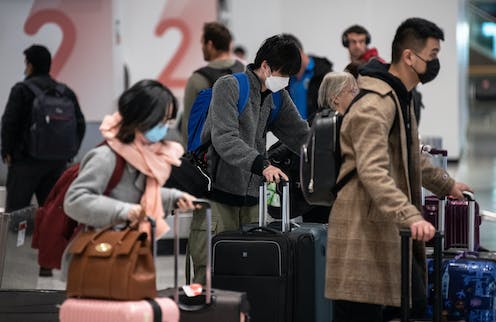 The number of Australian citizens and residents allowed to return to Australia each week is to be cut to 4175, after agreement by national cabinet on Friday.

States will also move to a uniform model for charging these travellers for their quarantine costs.

The new caps, agreed to apply from Monday, are

According to figures from the prime minister’s office, arrivals were more than 6500 in a week, before Melbourne stopped accepting flights. Border Force told the Australian Financial Review more than 8450 people arrived in the week July 1 to 7.

The tough line on returnees comes as Victoria announced its latest daily tally of a record 288 new COVID cases.

Victorian premier Daniel Andrews said Victoria – from which returning flights were diverted in the wake of the new wave – would not accept such flights for the foreseeable future.

A lapse in quarantine administration led to an outbreak in Melbourne.

Morrison strongly appealed to Australians everywhere, including where the virus is not known to be present, to observe social distancing.

The national cabinet expressed concern there had been “a relaxation in community attitudes towards social distancing in some states and territories”. The health advisors are particularly worried about the reduction in adherence to social distancing amongst younger people.

Morrison said: “We need to be very careful to protect against complacency in other parts of the country.

When we’re at home and there are people around, we still have to practise the social distancing. It is still not OK for hugs and handshakes.”

The Victorian government is telling people to wear masks when they are out if they not able to maintain social distance. It is ordering millions of masks that it will distribute.

Of the new Victorian cases, 14 are health workers. There are now 1172 active cases in Victoria, and more than 5,000 close contacts of these cases.

The national cabinet was addressed by the head of the Productivity Commission, Michael Brennan, who spoke on the regulatory challenges. Morrison said:

He made … very important points that more flexible economies would be the most successful in recovering from the COVID-19 recession around the world and how we manage regulation and deregulation is very important to maintaining and achieving that flexibility to support our economic recovery.“

His recommendations had been referred to treasurers. In particular, "the changes that have been made to regulation for a limited time in relation to COVID-19 across a whole range of economic activity, and the potential for those to be extended out further and potentially even extended indefinitely.

"Because in many cases they have had quite a positive economic impact,” Morrison said.