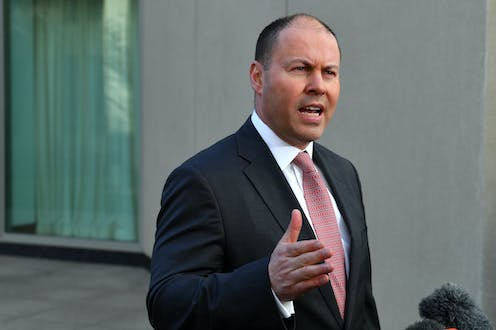 The government on Tuesday will unveil a scaled-down, two-tiered JobKeeper program to commence after September and run until the end of March.

Eligibility for both payments will be tightened.

The changes follow a Treasury review of JobKeeper, which said it should continue but warned a redesign was needed to prevent it blunting the incentive to work, and to wean businesses off support as the economy improves.

But current levels for both the JobKeeper and the expanded JobSeeker payments will continue until their legislated end in late September, when originally they were meant to “snap back”.

The revised JobKeeper will have two payment tiers, to more accurately take account of those who before the pandemic worked fewer hours.

The present rate of JobKeeper, designed to maintain workers’ attachment to businesses, is a flat $1500 a fortnight, which has meant some people receive more than they earned previously.

Treasury said its “overall assessment is that an extension to JobKeeper is needed, coupled with a fresh eligibility test” to make sure it was well targeted.

This test of businesses’ turnover decline should be based on “measured or actual turnover change rather than projected change when businesses first applied”.

Under the present arrangements, businesses with turnovers under $1 billion have been eligible for JobKeeper if they had an estimated fall in turnover of 30%; the fall for bigger businesses was 50%.

Tuesday’s announcement comes ahead of Thursday’s economic statement, which will update the fiscal outlook and show massive projected deficits.

Morrison said on Monday the government’s support should be seen in terms of “phases”. “How many phases there are it is very difficult to say because there are so many uncertainties associated with COVID-19,” he said.

He said businesses would have several months to adjust to the next phase.

Treasury in its review found JobKeeper had been targeted well so far. “The payment went to businesses that experienced an average decline in turnover in April of 37% against the same month a year previous”. This compared with a 4% decline for other businesses. There was no evidence of widespread business closures.

But “JobKeeper has a number of features that create adverse incentives which may become more pronounced over time as the economy recovers,” Treasury said.

“It distorts wage relativities between lower and higher paid jobs, it dampens incentives to work, it hampers labour mobility and the reallocation of workers to more productive roles, and it keeps businesses afloat that would not be viable without ongoing support.”

About a quarter of those receiving JobKeeper had an income rise compared to their February earnings in the same job. This averaged about $550 a fortnight for those receiving increases.

“For many people, the impact of the Coronavirus and the introduction of JobKeeper has altered what they are paid, their working hours, or both. These changes have potentially blunted their incentives to work, or to take on additional hours of work. In addition, the introduction of enhanced income support under JobSeeker may also be affecting incentives to work,” Treasury said.

Treasury identified two groups whose work incentives “may have been blunted”.

These were part-timers and casuals who were getting more than previously because of the flat rate of JobKeeper, and workers who had been stood down.

“Several industry stakeholders advised the review team of instances where part-time workers have been reluctant to do additional hours of work more commensurate with the JobKeeper payment, as well as instances where stood down workers have been reluctant to take on any work hours as businesses have begun to re-open in recent weeks. No quantitative evidence has been presented on either of these matters.”

While in present conditions the adverse impacts would be likely modest “they could rise over time. This is a key rationale for JobKeeper being a time-limited, rather than ongoing, program”, Treasury said.

Treasury said while there would be merit in targeting the ongoing JobKeeper program to needy sectors, it was too early to nominate these, and define their boundaries.

Rather, reassessing eligibility in October based on actual decline in turnover “would target the most affected businesses and would reduce the proportion of the economy at risk of the adverse incentives of JobKeeper.

"It may also be appropriate at this juncture to consider reducing payments to wean off businesses from ongoing support”, Treasury said.

Any move to reduce payment for some workers should be aligned with any changes to JobSeeker support.

JobKeeper was taken up by more than 960,000 organisations covering about 3.5 million individuals. By mid-July payments had totalled nearly $30 billion.