In the early stages of COVID-19, much of the focus of demographers - who study populations - has understandably been on mortality and morbidity.

But as the pandemic rolls on, attention is also now turning to the impact of COVID-19 on population size, structure and distribution.

Read more: COVID-19 could see thousands of women miss out on having kids, creating a demographic disaster for Australia

Our new modelling shows that under a worst-case scenario, Australia will be 1.4 million people - or 4% - smaller in 2040, than if COVID-19 had not happened.

This is largely driven by a massive reduction in international migration.

When the Australian government implemented an international travel ban in March, many demographers’ thoughts turned to the impact on Australia’s future population growth.

Over the last decade, net overseas migration has been the main driver of population growth in Australia, contributing 2.2 million additional residents.

Our analysis of Australian Bureau of Statistics data shows, the closure of Australia’s borders led to a 97% drop in permanent and long-term overseas arrivals in April 2020 from the previous year, most of whom were migrants.

State border closures and the COVID recession have also raised the prospect of a significant decline in interstate migration. The ABS Household Impacts of COVID-19 Survey suggests that for most Australians, the pandemic has not so far impacted their plans to move. However, our research indicates interstate migration has dropped following past Australian recessions.

Read more: Australians are moving home less. Why? And does it matter?

On the other side of the ledger, Australia has been fortunate to so far avoid significant numbers of deaths from COVID-19. So, the pandemic is not expected to have a population-level impact on mortality in Australia.

Modelling the impact of COVID-19

Nevertheless, the rapid shift in some of the components of population change – particularly migration – means previous population projections no longer reflect our new demographic reality.

New projections are now needed to help plan economic and societal recovery from COVID-19. In a new paper, we developed three scenarios to work out plausible population futures for Australia. 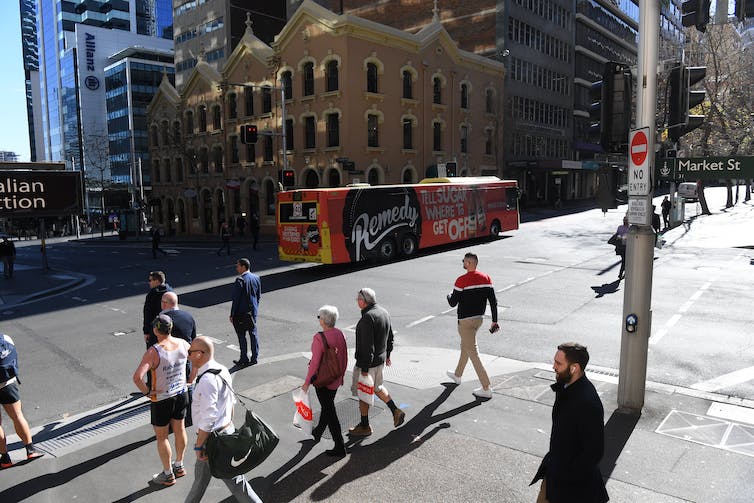 Given the unprecedented nature of COVID-19, we adopted a multi-strand approach to inform our assumptions.

First, we undertook a review of the academic literature on demographic responses to shocks. Secondly, we reviewed historical data, to understand the impact of past shocks on the various components of demographic change in Australia. Thirdly, we surveyed Australian demographers on the likely impact of COVID-19 on international and internal migration.

Three scenarios for a future Australia

Our model then produced three scenarios.

In all three scenarios, life expectancy at birth is assumed to continue its long-run upward trajectory.

It is tempting to nominate a “most likely” scenario here. But uncertainty about the duration and scale of COVID-19 and the restrictions around it, makes this unfeasible. The best option currently available to demographers is to develop scenarios that model a range of plausible population futures.

Based on the modelled scenarios, COVID-19 is expected to have a measurable and persistent impact on Australia’s population. 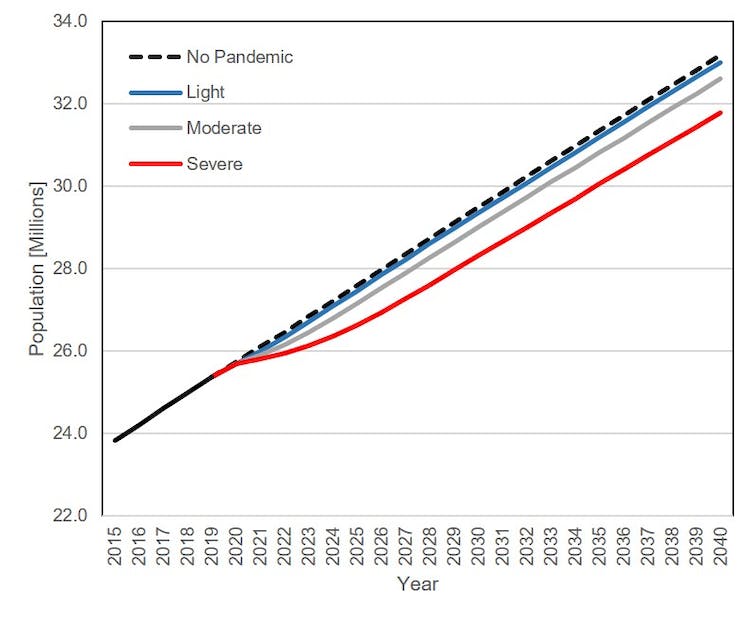 The impact of COVID-19 will be felt most strongly in the short-term. Annual population growth would have been 1.38% in 2020-21 without the pandemic. This will be just 0.41% under the severe impact scenario. Such a drop in annual population growth was last seen in 1916 due to World War I. Even during the Great Depression, annual growth remained above 0.70%.

Our modelling showed different impacts on population growth across Australia. In large part, this is due to the concentration of immigration arrivals in Sydney and Melbourne, as well as an internal migration system that relocates population away from New South Wales and into Queensland and Victoria.

So, the largest impact on population numbers will be in NSW and Victoria, followed by Queensland and Western Australia.

Read more: Is slowing Australia's population growth really the best way out of this crisis?

If the severe scenario comes to pass, the population of NSW will be almost half a million people fewer by 2040 than without the pandemic. Victoria will see a drop of 400,000, Queensland will be down by about 200,000 and WA down by more than 160,000 people.

Despite smaller population sizes, the impact of the pandemic on population ageing appears to be relatively modest. The proportion of Australians aged 65 and over will reach 20.8% under the severe scenario, compared to 20% without the pandemic. 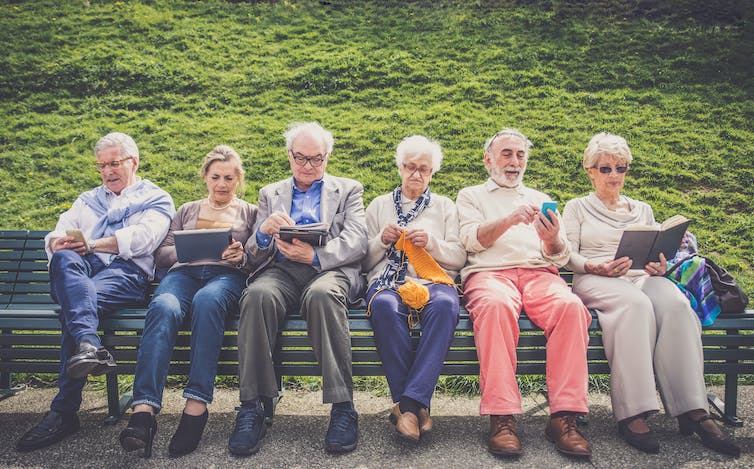 COVID-19 is not expected to have a big impact on population ageing. www.shutterstock.com

This is because migration has a limited impact at older ages.

A decline in population growth as predicted under each of our scenarios will inevitably impact many sectors of the economy. In the short-term, industries dependent on population growth, such as construction, consumer goods and overseas students, will be the hardest hit.

There are also likely to be ongoing consequences for economic growth, urban and regional planning and labour supply.

Read more: COVID-19 could see thousands of women miss out on having kids, creating a demographic disaster for Australia

But there are also potential benefits, including a reduction in environmental impacts and lower congestion, particularly in Australia’s capital cities.

More research into the demographic responses to COVID-19 will allow us to refine assumptions and increase our confidence in the modelled output.

But the potential for an unprecedented short-term drop in population growth and its various impacts should be on the radar of decision makers. We have to start planning for life after the pandemic now.