Australia prides itself on being a successful multicultural society. Yet Australian television does not reflect the make-up of the wider community. This in turn means many stories of multicultural Australians remain untold.

An analysis by Deakin University, to be launched today, shows Australian television news and current affairs programs across all channels are overwhelmingly curated, framed and presented by journalists and commentators from an Anglo-Celtic background.

The report, titled “Who gets to tell Australian stories?”, examined two weeks of programs. It found more than 75% of their presenters, commentators and reporters are of Anglo-Celtic background. Only 13% have a European heritage, 9.3% non-European and 2.1% Indigenous background.

To determine this, we examined publicly available biographical information about each individual. We looked at relevant public statements about their cultural background including on social media sites, their surname and its origins, place of birth, and visual observation. This was cross-checked by another researcher.

These findings do not match well with the wider population. An estimated 58% of Australians have an Anglo-Celtic background, 18% European, 21% non-European and 3% Indigenous backgrounds.

Lack of diversity is evident in the stories, too

The study also examined more than 19,000 news and current affairs items from Australian free-to-air metropolitan and regional networks, broadcast over two weeks in June 2019. It found the lack of diversity is also reflected in the stories programs make, the issues they examine and the way they examine them.

The numbers are worse when one considers Australians of non-European and Indigenous backgrounds make up 24% of the Australian population, but appear on television news screens for only 6% of the times. 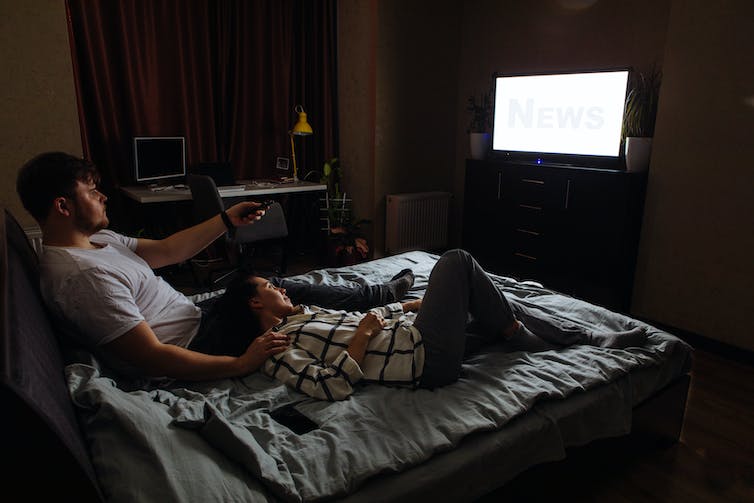 The lack of diversity on Australian television alienates minority communities.

It is not surprising multicultural Australia is disenchanted with mainstream Australian television and seeks news from social and online media. Related to this, our recent experience of COVID-19 has shown many Australians have negative attitudes towards those from multicultural backgrounds.

The 2016 census showed nearly half of all Australians were born overseas or had a parent born overseas. There is also great linguistic diversity. More than 300 languages are spoken across the nation and 21% of Australians speak a language other than English at home.

The analysis of representation of diversity in Australian television news is part of a larger project undertaken by four universities and Media Diversity Australia. The project includes three data components – an examination of a two-week blocks of programs, a survey of television newsroom staff, and an analysis of television networks’ leadership and board teams.

Interviews with senior news and current affairs leaders from all free-to-air networks supplement the empirical research. Although most leaders recognise their outlets need to do more to reflect the diversity of their audience, most do not have any concrete plans to do so.

The lack of cultural diversity in the regional television network workforce is alarming because regional media remains the pipeline to train young journalists. They then move to metropolitan locations or rise through the ranks to senior roles.

A close look at popular breakfast shows shows an alarming lack of diversity. Channel 7 has a presenter, commentator or reporter of non-European background on camera only 7% of the time. Channel 9 has tokenistic representation of non-European and Indigenous journalists on camera.

The report recommends systematic collection of diversity data, establishing cultural diversity targets, and prioritising diversity in the recruitment and promotion of newsroom staff. It also explores the commercial incentive for networks to better connect with and reflect their increasingly diverse audience.

Our study found a staggering lack of cultural diversity in leadership roles – including at SBS – which is no doubt having a trickle-down effect on the newsroom floor.