The world is hoping a safe and effective COVID-19 vaccine will soon become available. So far, more than 160 candidate vaccines are in development.

Some 31 of these have entered human clinical trials. One of them is Russia’s “Sputnik V”, which was granted approval by the country’s health ministry last week. But the World Health Organisation (WHO) and a large number of international experts have urged Russia to conduct more testing to ensure the vaccine’s safety before using it.

But even if this candidate and others are proven to be safe and effective, developing the vaccine is just the first step.

Some of the biggest challenges in getting everyone vaccinated still lie ahead.

The first major challenge after a vaccine is developed is to produce enough of it to start vaccination programs. One estimate puts global vaccine production capacity at up to 6.4 billion doses per year, though this is based on single-dose influenza vaccines.

But some of the COVID-19 vaccines currently in development require two or three injections. This means, if the same technology for COVID-19 vaccines is required as for influenza vaccines, global production is severely reduced.

It has been estimated that to achieve sufficient levels of immunity among the global population with a two-dose vaccine, we would need between 12 billion and 15 billion doses – roughly twice the world’s current total vaccine manufacturing capacity.

Shifting to exclusively manufacture a COVID-19 vaccine will also mean shortages of other vaccines such as those for preventable childhood diseases such as measles, mumps and rubella. So prioritising COVID-19 could cost many other lives.

Can we buy vaccines in advance?

Given these production constraints, governments have previously tended to sign advance purchase agreements with vaccine manufacturers to guarantee access. These commercial-in-confidence agreements are usually signed in secret, often with different prices being charged to different governments depending on whether they are the first customer or 30th and their ability to pay.

It also means countries that can afford to buy vaccine stocks in advance get first access, leaving poorer nations to miss out or be forced to wait years. This has happened on at least two previous occasions.

In 2007, Indonesia found it couldn’t purchase H5N1 influenza (bird flu) vaccines despite being one of the worst-affected countries at the time. This was because several other richer countries had already organised advanced purchase agreements, and led Indonesia to temporarily withhold sharing virus samples with the WHO in retaliation. And in 2009, rich nations bought up almost all the stock of H1N1 influenza vaccines, crowding out less-developed nations. 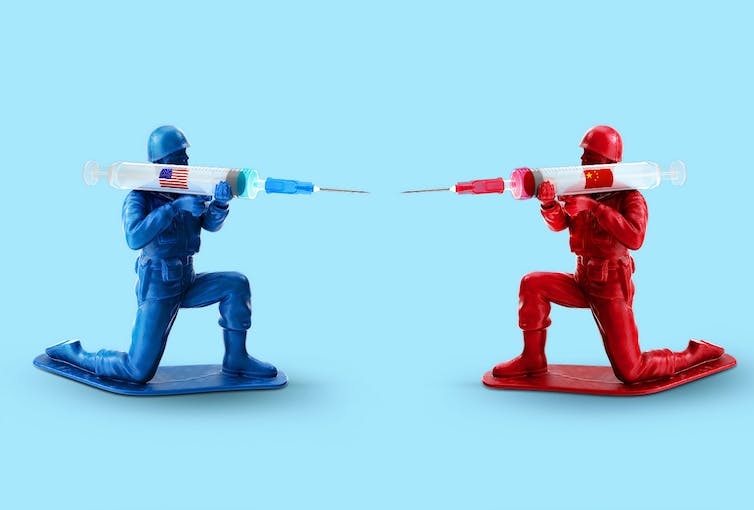 A ‘my country first’ policy means richer countries can secure supply of vaccines at the expense of poorer countries. Morning Brew/Unsplash

Most of the world’s leaders, including Australia’s Prime Minister Scott Morrison, have stated that a successful COVID-19 vaccine should be shared equitably. In July, Australia was one of 165 countries to join the “COVAX” initiative launched by the WHO, global vaccine alliance GAVI, and the Coalition for Epidemic Preparedness Innovations. The initiative aims to deliver 2 billion doses of a COVID-19 vaccine by the end of 2021.

Countries representing 60% of the world’s population have signed up to this initiative, but not everyone has and we’ve already seen a number of instances in which governments have sought to gain priority access over others. The problem with this vaccine nationalism is that rather than being based on equity or need, it will create global supply problems with those countries that have special deals getting access to the vaccine first.

The second key challenge is distributing the COVID-19 vaccine. Most vaccines need to be transported in cold storage, which presents a problem for many parts of the world where electricity failure is a common feature of daily life.

The WHO has estimated up to 50% of vaccines are wasted every year, often because of inadequate temperature control in supply chains.

With the marked reduction in international passenger air travel, the movement of cargo has also slowed. This will need to be addressed with airlines ahead of any attempts to distribute the vaccine.

Beyond the initial transport from the manufacturer, getting the vaccine to rural and remote communities requires sophisticated logistical services, which many poorer countries lack.

Without substantial investment to strengthen international and national supply chains, it will be years before vaccines can reach everyone who needs them.

How is Australia placed?

In Australia, criticism has emerged the government hasn’t done enough to secure access to vaccines, with some reports also suggesting New Zealand has invested more in global vaccine initiatives.

But Federal Health Minister Greg Hunt said on Sunday that Australia is in “advanced negotiations with a range of different companies with regards to a vaccine,” one of which is reportedly the University of Oxford’s candidate. 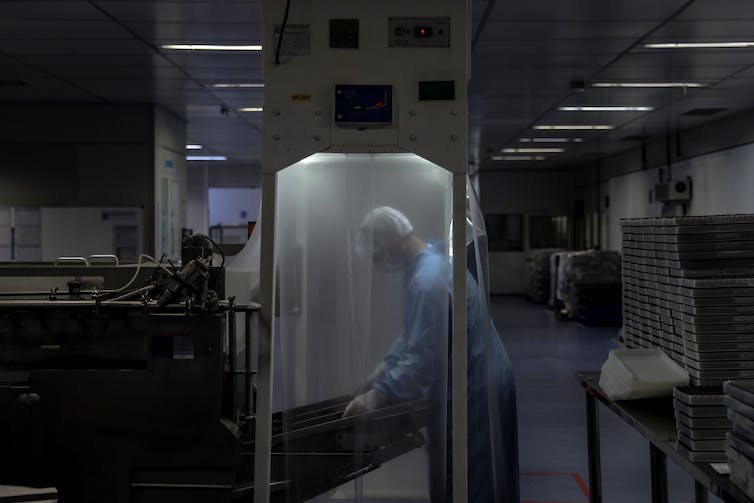 A scientist working in vaccine production in Rio de Janeiro. Brazil is one of the countries involved in testing the University of Oxford’s potential coronavirus vaccine. Australia is reportedly aiming to sign an advanced purchase agreement to secure access to this candidate. Antonio Lacerda/EPA/AAP

While some might argue more needs to be done to secure a COVID-19 vaccine for Australians, it’s not necessarily the best move to enter into advanced purchase agreements. They are expensive, and there’s no guarantee the candidates Australia signs up for will be safe and effective.

Nevertheless, the government’s approach has been to avoid putting all its eggs in one basket, supporting multiple vaccine initiatives. It has also supported multilateral initiatives such as granting more than US$10 million to CEPI, one of the key organisations managing the COVAX initiative.

It’s also good to see the government is willing to support initiatives such as COVAX that aim to make the vaccine available to those countries with limited means to pay. While some may see this as excessive altruism, it’s in Australia’s broader interest, given borders are likely to remain closed until a vaccine has been made widely available. The quicker the world is vaccinated, the sooner we can reopen our borders.

What this means for the average Australian is that we should get ready for a long wait. Even if the Australian government signs an advanced purchase agreement to secure priority access to a safe and effective COVID vaccine, initial supplies are going to be extremely limited.

Priority groups like frontline health-care workers will get first access, followed by those who are more vulnerable to serious illness. If you’re otherwise fit and healthy, you should be prepared that it could take up to a few years after vaccines become available.

If they become available sooner, it will only be because countries have agreed to work together like never before. Let’s hope they can do it.