The author will be leading on online discussion through La Trobe University today on the threat of a new Cold War between China and the US, with former Prime Minister Kevin Rudd and China Matters director Linda Jakobson. Click here for more information.

China-US relations have been sliding toward confrontation throughout the Donald Trump presidency. The “beautiful chocolate cake” shared by Trump and Chinese President Xi Jinping at Mar-a-Lago in April 2017 seems from another era.

The competition that had started with tensions over trade and technology has moved beyond the economic domain.

Tit-for-tat consulate closures in Houston and Chengdu, the expulsion of journalists, ideological rhetoric from the likes of US Secretary of State Mike Pompeo and increased military manoeuvres in the East and South China Seas have led many to conclude the world is on the cusp of a second Cold War.

Read more: Explainer: why is the South China Sea such a hotly contested region?

Indeed, Beijing’s recent shredding of its treaty commitments toward Hong Kong has the air of Berlin about it — a free and dynamic city with a complex past suddenly engulfed by an outside authoritarian state.

The great power contest between the US and China has been steadily ratcheting up over many years. Washington’s long-term strategy in Asia — to ensure the region is not dominated by a hostile hegemonic force — is plainly threatened by the growth in Chinese power.

It is tempting to look back to the most recent geopolitical analogue to make sense of current conditions. The Cold War was, after all, a global contest between two superpowers who saw the other as an implacable foe.

But we are in uncharted waters. Sino-American competition, if it continues on its current trajectory, will be no Cold War. It is likely to be more complex, harder to manage and last much longer. 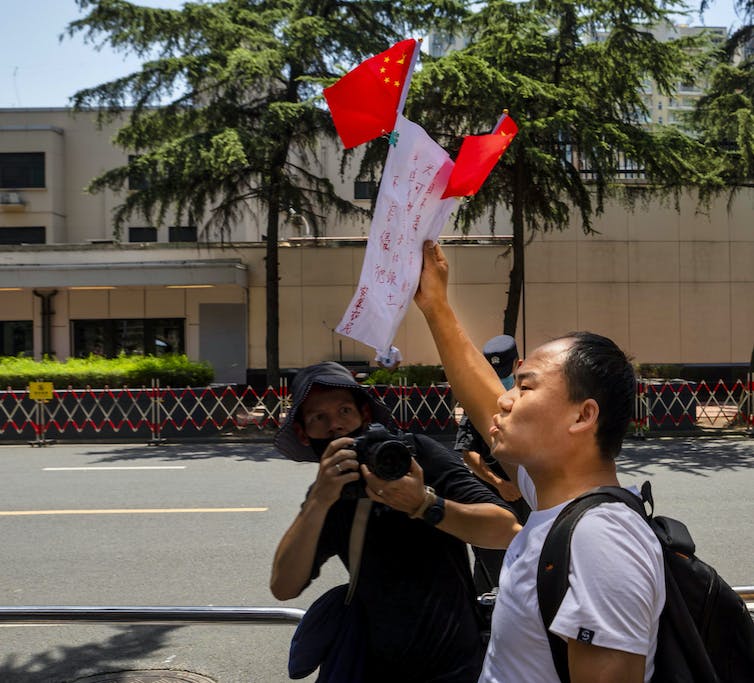 A protester shouts pro-China slogans outside the US consulate in Chengdu after its closure last month. ALEX PLAVEVSKI/EPA

Using the Cold War to frame our understanding of the competition between China and the US is a risky endeavour. As Columbia University’s Adam Tooze put it,

For Americans, part of the appeal of allusions to Cold War 2.0 is that they think they know how the first one ended.

An overconfident reading of the past is accelerating the drive to confrontation in dangerous ways.

The point Tooze was hinting at is that the Cold War played out in different ways in both Asia and Europe. And crucially, in Asia, it ended in a much more ambivalent manner for the US and the West than many realise.

While the Cold War was a global contest, its dynamics were starkly different in Asia and Europe.

Most obviously, the first three decades of the contest were anything but cold in Asia. Indeed, the label seems like a cruel joke for a region that experienced several large-scale wars from the 1950s to the 1970s in Korea and Indochina, killing many millions of people. War and revolution was almost the norm.

Europe’s Cold War, by contrast, was an extended high-tension period, but one that was thankfully free of bloodshed.

As in the second world war, the timing and location of the end of the Cold War in Asia was also very different from Europe.

In Asia, there was no Berlin Wall moment, no “spring” tide of national liberation. Instead, the Cold War dynamics were subtly but significantly transformed in different places over different timeframes.

At one level, the Cold War ended in Asia in 1979 with the formal normalisation of relations between the US and China. This transformed the geopolitics of the region, at once marginalising the USSR, and establishing a four-decade period of great power amity between China and the US.

This, in turn, resulted in the greatest period of economic development in human history.

Elsewhere, however, the Cold War festered on long after the maps of Europe had changed. Korea remains divided and its border is among the most militarised parts of the planet. Taiwan’s uncertain standing — a state in all but name — is likewise a legacy of the Cold War’s early years. 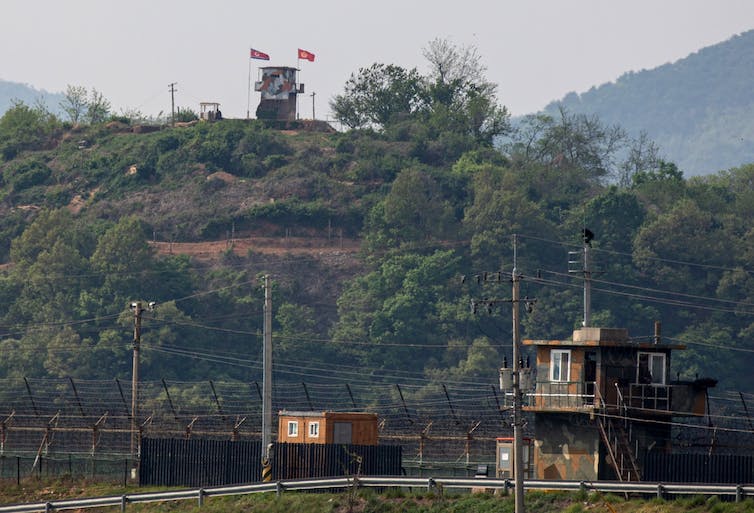 But the most important difference between the two is that in Europe, communism was defeated.

In Asia, however, it lives on. The Chinese Communist Party has not gone the way of the Soviet Union; quite the contrary, it now oversees the world’s second-largest economy, retains a high level of internal legitimacy and runs a country that is tightly connected with the rest of the world.

During the 1990s, Western scholars and politicians argued that history had ended and their liberal democratic model had vanquished all comers for all times.

The lesson for the world seemed to be that there was no option but to open their markets, liberalise their politics and free the animal spirits of their economies — or be left behind.

Could the West really win a Cold War redux?

Even then, such claims seemed self-indulgent. But the risk we face today is that policy-makers in Washington and elsewhere still believe in this premise: that a Cold War redux can be won by the same strategy and virtues that knocked the Soviet parrot off its perch.

The language of many in Washington and its allied capitals reflects this belief. The West is inherently superior in the organisation of its politics, economy and society, while China is a bundle of malign contradictions.

Read more: Why is 'values' the new buzzword in Australian foreign policy? (Hint: it has something to do with China)

Squaring up to China in a full-spectrum competition should therefore be relatively easy. These Western leaders have the confidence of the sports fan watching a match they already know their team has won.

Beyond the fact that anyone who thinks the US model of politics and economics is particularly well-suited to the current moment is delusional, this outlook badly misunderstands the nature of the foe they have put in their geopolitical sights.

Perhaps the biggest failing of the Soviet Union was the communist party’s ignorance about the nature of the economy it ran and the people it led. The PRC is perhaps the most internally fixated great power yet seen. Party elites are acutely aware of the strengths and weaknesses of the system they have built.

Without doubt, China has a long list of significant challenges, from environmental degradation to widespread corruption, but the party has proven extremely effective at overcoming its internal difficulties. Moreover, it has shown economic and geopolitical success does not require conformity to a liberal model. 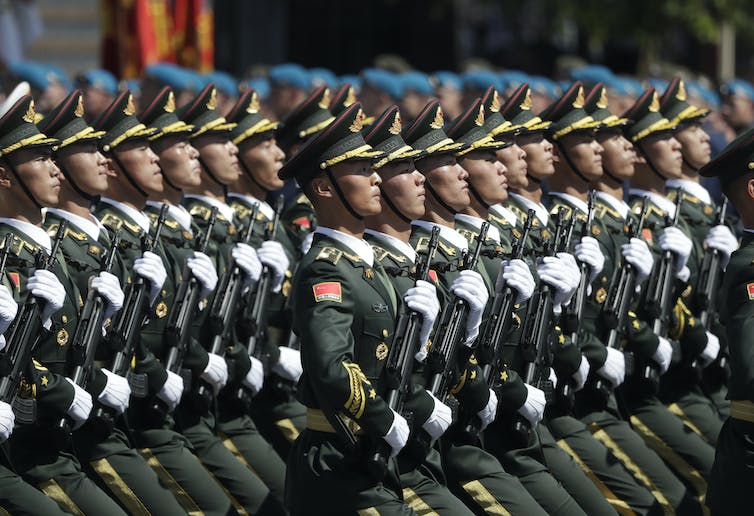 China has an increasingly robust military to match its enhanced position on the global stage. Pavel Golovkin/AP Pool

The biggest problem of seeing the China challenge as a repeat of the Cold War is this: Western leaders appear not to be taking seriously enough the scale of the confrontation they are heading toward.

The Cold War was won in Europe — but only after 50 years. And that included the US having a significant economic head start in 1945.

There is no sign Washington and its fellow travellers have begun to think through, let alone prepare for, a similar multi-decade fight across all domains against the world’s most populous country.

Given China’s scale, its importance to the global economy and its technological sophistication, an escalation of the rivalry between Beijing and Washington could bring costs of monumental proportions. Rather than carelessly invoking the past, we should be doing everything we can to stop the competition between the two sides from spiralling out of control.

Read more: Payne and Reynolds leave Washington with key 'wins' — and room to disagree with US on China