Was Brenton Tarrant’s silence and acceptance of sentence in court a final act to expand his notoriety? Was his disavowal of previously expressed ideological views a trick?

A person capable of planning the Christchurch mosque attacks so methodically may well have mapped the last public chapter, too. By saying little and expressing no real remorse, alone and without even his own lawyer, was he hoping the world would see a determined stoicism, an enigma?

Or did he simply realise the controls around court behaviour were so well designed that he couldn’t hijack proceedings?

For now at least, we can’t know. All we can say for sure is what the court has heard over the days leading to today’s sentence of life in prison with no minimum parole: using overwhelming firepower against defenceless civilians he took the lives of 51 men, women and children, injured many more and left even more bereft.

His silence notwithstanding, then, he is not an enigma. As the first person in New Zealand to be convicted of terrorism, he comes from the same dark place that spawned the likes of Anders Breivik in Norway, Darren Osborne (who drove a truck into Muslim worshippers in London in 2017) and Dylann Roof (who attacked black parishioners in a South Carolina church in 2015).

Read more: Remembering my friend, and why there is no right way to mourn the Christchurch attacks

Tarrant had even carved the names of Alexandre Bissonette (who attacked a mosque in Quebec in 2017) and Luca Traini (who attacked African migrants in Italy in 2018) on the magazines of his guns.

So now he joins that list of mass murderers, animated by a hatred of tolerance, equality and multicultural values, who came to believe indiscriminate violence against unarmed civilians was justified. 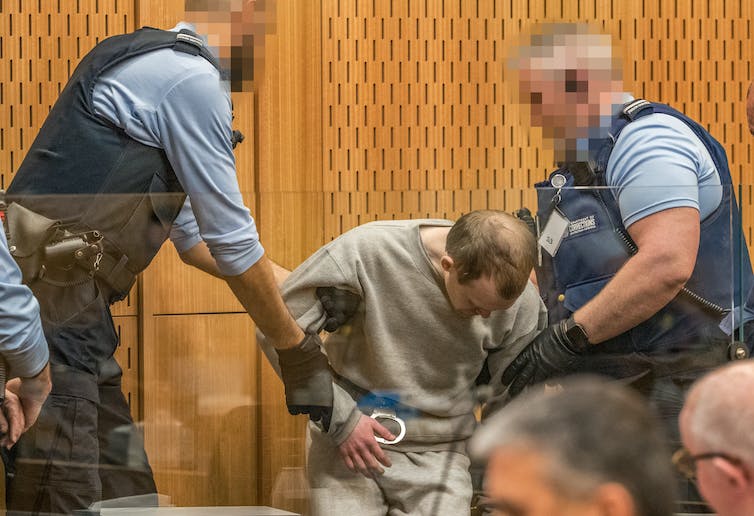 Brenton Tarrant is brought into the sentencing hearing at the Christchurch High Court. AAP

The first ever non-parole sentence

If this was America, he could have been sentenced to death or given a cumulative jail sentence of over 1,000 years. Neither option is available in New Zealand. There are many good reasons for having no death penalty, including in this case the denial of any aspirations to martyrdom.

Read more: Jailing the Christchurch terrorist will cost New Zealand millions. A prisoner swap with Australia would solve more than one problem

It is fair to say that Judge Mander, who did an excellent job throughout, met public expectation with his decision to ensure Tarrant never again walks outside a guarded wall. 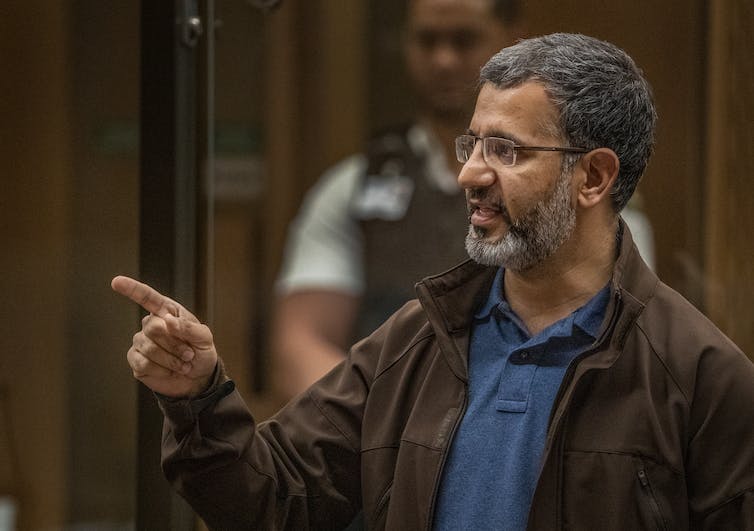 Mirwais Waziri delivers one of many victim impact statements during the sentencing hearing of Christchurch mosque attack gunman Brenton Tarrant at the High Court in Christchurch. AAP

What the law demands

Such a sentence is justified if the court is satisfied no minimum term of imprisonment would be enough to satisfy the main considerations: accountability, denouncement, deterrence or protecting the community.

In short, the Sentencing Act sets out the purposes of sentencing: to hold the offender to account for the harm done to the victims and the wider community, to denounce the crime and deter others from replicating those acts.

Supplementary principles a sentencing judge must consider include the gravity of the offending and its seriousness compared to other types of offences. The judge is required “to impose the maximum penalty prescribed for the offence if the offending is within the most serious of cases for which that penalty is prescribed” (unless there are mitigating circumstances).

The only mitigation that would have carried weight in this case was Tarrant pleading guilty and therefore shortening proceedings. Other mitigating factors, such as remorse or offers to make amends, were not to be seen or were deemed not genuine.

The other principle Judge Mander had to take into account relates to the effect of the offending on the victims. As the 91 victim impact statements heard over three days made clear, those victims displayed remarkable fortitude, bravery, wisdom and humanity. But the black hole of pain the killer left in his wake is near incomprehensible.

Further aggravating factors justifying this sentence were that these were pre-meditated crimes of hate, terrorism, particular cruelty and involved the use of weapons. 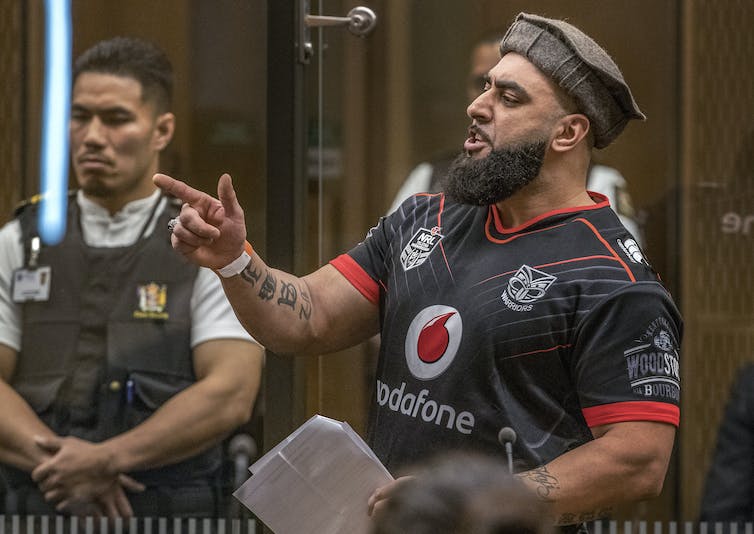 Ahad Nabi, whose father died in the mosque shootings, reads a victim impact statement during the sentencing hearing. AAP

Tarrant ticked all of the boxes. The enormity of his crimes made them unlike anything that had gone before. New Zealand has experienced mass shootings in the past, and murders based on racial hatred, but nothing of this scale.

On top of that, no one had employed the internet to spread hatred as happened in Christchurch, nor has anyone pleaded guilty to an act of terrorism before.

When all of these considerations were put on the scales of justice, Judge Mander would have seen that, small acts of mitigation aside, an unprecedented sentence was the only appropriate outcome for an unprecedented crime.