With some communities in rebooted lockdown conditions and movement restricted everywhere else, no one is posting pictures of their sourdough. Zoom cocktail parties have lost their novelty, Netflix can only release so many new series. The news seems worse every day, yet we compulsively scroll through it.

We get distracted by social media, yet have a pile of books unread. We keep meaning to go outside but somehow never find the time. We’re bored, listless, afraid and uncertain.

What is this feeling?

John Cassian, a monk and theologian wrote in the early 5th century about an ancient Greek emotion called acedia. A mind “seized” by this emotion is “horrified at where he is, disgusted with his room … It does not allow him to stay still in his cell or to devote any effort to reading”. He feels:

such bodily listlessness and yawning hunger as though he were worn by a long journey or a prolonged fast … Next he glances about and sighs that no one is coming to see him. Constantly in and out of his cell, he looks at the sun as if it were too slow in setting.

This sounds eerily familiar. Yet, the name that so aptly describes our current state was lost to time and translation.

Etymologically, acedia joins the negative prefix a- to the Greek noun kēdos, which means “care, concern, or grief”. It sounds like apathy, but Cassian’s description shows that acedia is much more daunting and complex than that.

Cassian and other early Christians called acedia “the noonday demon”, and sometimes described it as a “train of thought”. But they did not think it affected city-dwellers or even monks in communities.

Rather, acedia arose directly out the spatial and social constrictions that a solitary monastic life necessitates. These conditions generate a strange combination of listlessness, undirected anxiety, and inability to concentrate. Together these make up the paradoxical emotion of acedia.

Evagrius of Pontus included acedia among the eight trains of thought that needed to be overcome by devout Christians. Among these, acedia was considered the most insidious. It attacked only after monks had conquered the sins of gluttony, fornication, avarice, sadness, anger, vainglory, and pride. 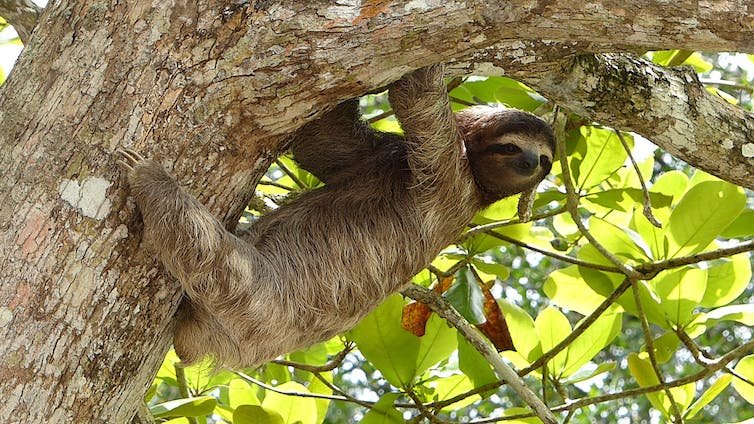 Same same but different. The term acedia was folded into the sin of sloth. Javier Mazzeo/Unsplash, CC BY

Cassian, a student of Evagrius, translated the list of sins into Latin. A later 6th century Latin edit gave us the Seven Deadly Sins. In this list, acedia was subsumed into “sloth”, a word we now associate with laziness.

Acedia appears throughout monastic and other literature of the Middle Ages. It was a key part of the emotional vocabulary of the Byzantine Empire, and can be found in all sorts of lists of “passions” (or, emotions) in medical literature and lexicons, as well as theological treatises and sermons.

It first appeared in English in print in 1607 to describe a state of spiritual listlessness. But it’s barely used today.

Read more: Personalities that thrive in isolation and what we can all learn from time alone

As clinical psychology has reclassified emotions and mental states, terms like “melancholy” can sound archaic and moralising.

Emotional expressions, norms, and scripts change over time and vary between cultures. They mark out constellations of bodily sensations, patterns of thought and perceived social causes or effects.

Since these constellations are culturally or socially specific, as societies change, so do the emotions in their repertoire. With the decline of theological moralising, not to mention monastic influence, acedia has largely disappeared from secular vocabularies.

Now, the pandemic and governmental responses to it create social conditions that approximate those of desert monks. No demons, perhaps, but social media offers a barrage of bad (or misleading) news.

Social distancing limits physical contact. Lockdown constricts physical space and movement. Working from home or having lost work entirely both upend routines and habits. In these conditions, perhaps it’s time to bring back the term. 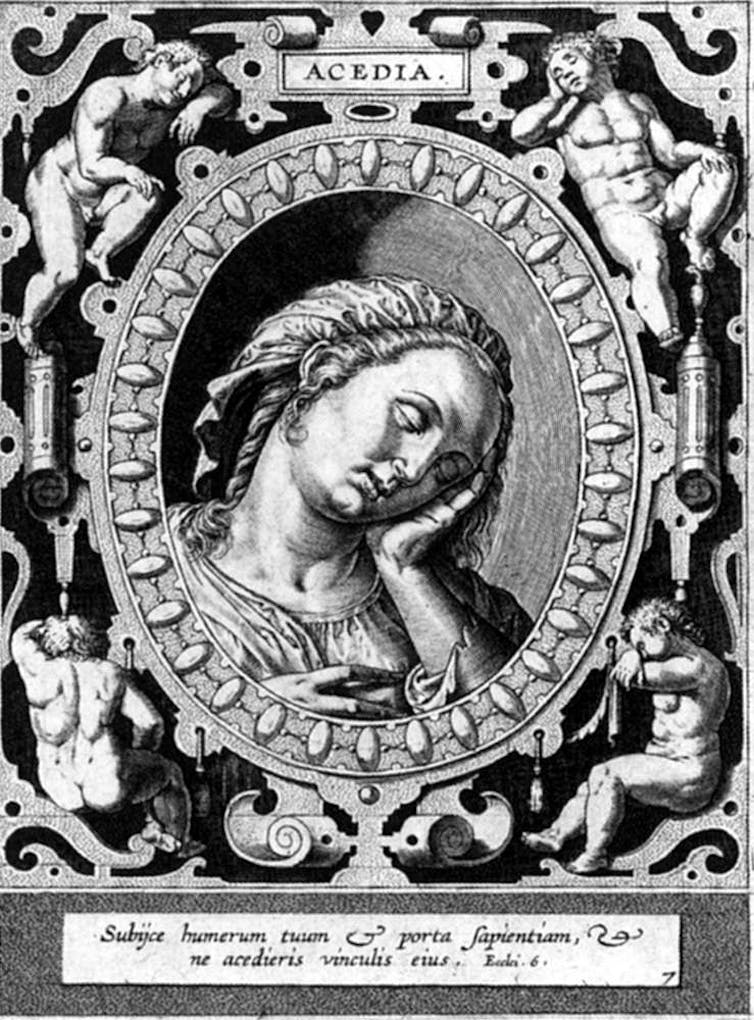 Read more: What Groundhog Day (and my time in a monastery) taught me about lockdown

More than a label

Reviving the language of acedia is important to our experience in two ways.

First, it distinguishes the complex of emotions brought on by enforced isolation, constant uncertainty and the barrage of bad news from clinical terms like “depression” or “anxiety”.

Saying, “I’m feeling acedia” could legitimise feelings of listlessness and anxiety as valid emotions in our current context without inducing guilt that others have things worse.

Second, and more importantly, the feelings associated with physical isolation are exacerbated by emotional isolation – that terrible sense that this thing I feel is mine alone. When an experience can be named, it can be communicated and even shared.

Read more: How setting aside some 'worry time' can help reduce anxiety over COVID-19 lockdowns

Learning to express new or previously unrecognised constellations of feelings, sensations, and thoughts, builds an emotional repertoire, which assists in emotional regulation. Naming and expressing experiences allows us to claim some agency in dealing with them.

As we, like Cassian’s desert monks, struggle through our own “long, dark teatime of the soul”, we can name this experience, which is now part of our emotional repertoire.