California is ablaze, again. Currently, the second and third largest fires in the US state’s history are burning at the same time, and are only partially controlled. Already, seven people have died and 2,144 structures are damaged – and their fire season still has months to run.

The outbreak continues a relentless trend of bigger and more destructive fires in the western US, including California’ largest fire in 2018.

For Australians, the spectacle of California burning is deeply concerning. It’s just months since our last fire season, concentrated in a band of eucalyptus forests along the continent’s southeast coast.

There are strong parallels between the two disasters: drought, parched landscapes, high temperatures, prolonged heatwaves and dry lightning storms to set it all off. And both Australia and California are particularly vulnerable as climate change makes bushfires worse. So let’s look at the fiery fate we share with those across the Pacific – and how we must all adapt. 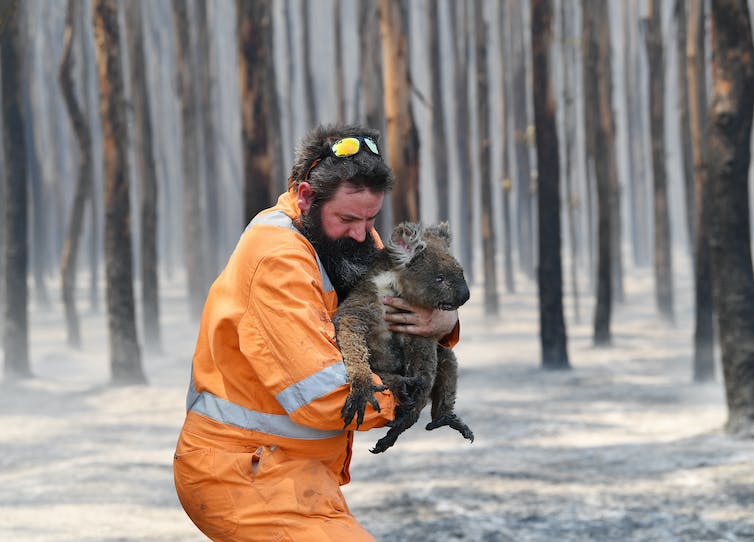 We know bushfires are being made worse by human activity and climate change. But, owing to a lack of long-term data and the complex interactions between humans, climate and fire, it’s hard to predict exactly how fires will change – for example how frequent or severe they will be, how long fire seasons will last and how much land will burn.

In research published last week, we describe recent trends in fire activity and examine projections for the near future. From this, it’s clear the global impact of bushfires due to human-induced climate change will intensify.

Read more: Our field cameras melted in the bushfires. When we opened them, the results were startling

Among the areas expected to be worst hit are flammable forests in populated temperate zones, such as Australia’s eastern states and California.

Climate is not the only driving factor here. Human changes to landscapes – such as urban sprawl into flammable forests – are also making fires worse.

The damage is not just environmental, but also economic. Already, Australia’s last bushfire season is likely to be our most expensive natural disaster, costing around A$100 billion. And the California fires in 2017–2018 caused an estimated A$55 billion in structure losses alone. 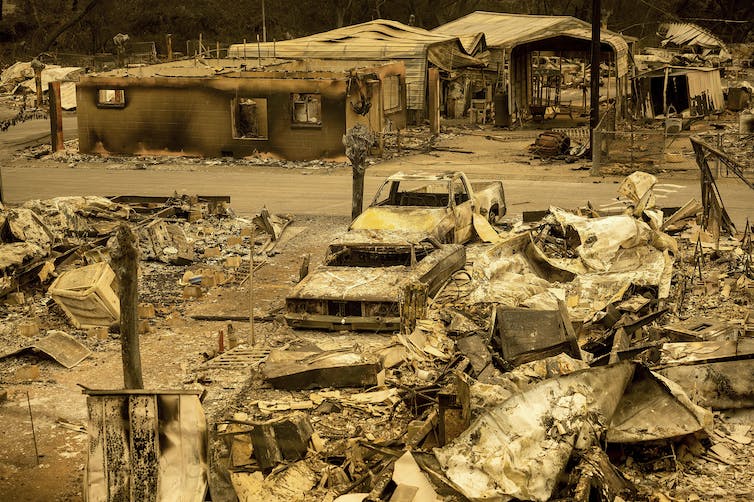 Scorched homes and vehicles in a mobile home park in California. The economic toll of bushfires globally is set to worsen. Noah Berger/AAP

The escalating threat demands an urgent rethink of our inadequate and inappropriate fire management strategies. These span land use planning, fuel management, communications, evacuation and firefighting capacity. All are constrained by complex administrative arrangements, limited physical and human resources, and poor budgets.

Read more: The NSW bushfire inquiry found property loss is ‘inevitable’. We must stop building homes in such fire-prone areas

What’s more, fire seasons in southern Australia and the western US increasingly overlap. As California burned last week, uncontrolled winter bushfires ripped through northern New South Wales. Australia is sending firefighters to California this time around. But as fires increasingly rage in both hemispheres simultaneously, our respective nations will have fewer firefighting resources to share.

The COVID-19 crisis is making these difficult circumstances even more challenging. For example in California, authorities are dealing with both the fires and the pandemic; the state reportedly has the highest number of infections in the US.

Firefighters must practice social distancing: that means fewer people in each vehicle and no communal eating or sleeping arrangements. And Australian firefighters will be forced into quarantine for two weeks upon their return home. 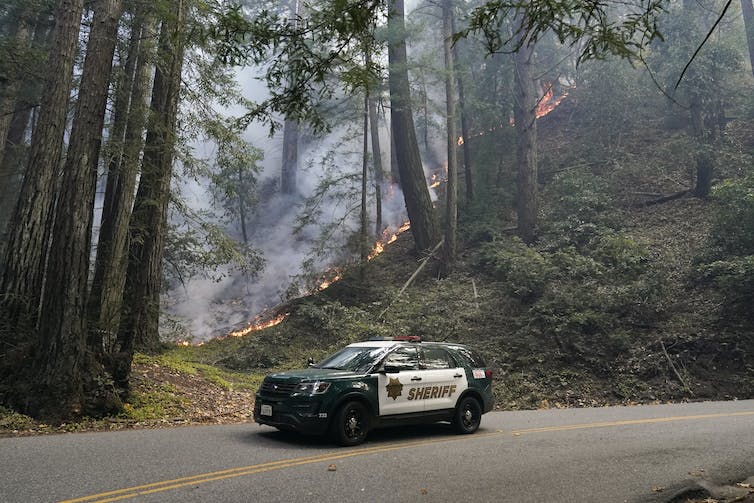 In this context, recommendations handed down by the NSW bushfire inquiry last week are a landmark in how we adapt to bushfires. Central to the report is an avowed acceptance climate change is transforming bushfire management.

The report contains 76 recommendations, all accepted by the NSW government, providing creative licence to rethink how we sustainably co-exist with bushfires. They include:

The scope and scale of the recommendations underscores the huge task ahead of us.

Importantly, underpinning the recommendations is a clear commitment to analysing which approaches work, and which do not. This accepts our current state of knowledge is partial and imperfect. 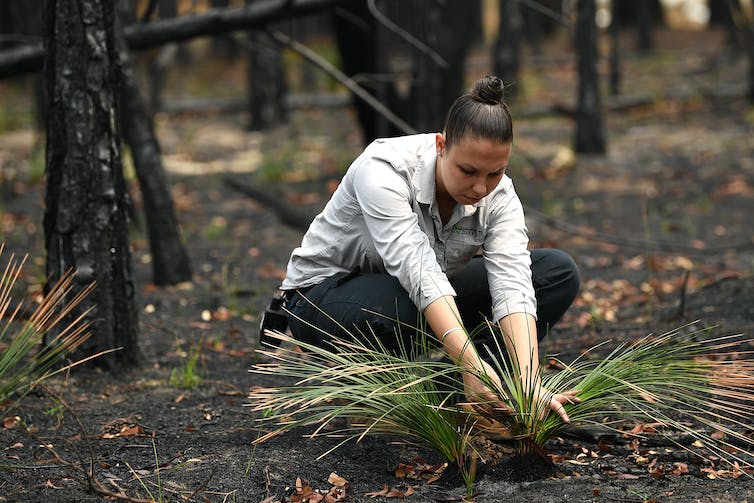 Co-existing with a flammable landscape is a massive and complicated task – a fact California is now being brutally reminded of. Australia can lead the way globally, but to do this requires significant investment in bushfire management to build the necessary tools, techniques and talent.

Climate change is making bushfire seasons longer, more dangerous and socially demanding. Like it or not, we have embarked on the bushfire adaptation journey, and there is no turning back.

The question now is, how far do we go? All Australians must turn their minds to this critical social and political challenge.