The Morrison government today declared it will axe buybacks of water entitlements from irrigators, placating farmers who say the system has damaged their livelihood and communities.

Instead, Water Minister Keith Pitt says the government will scale up efforts to save water by upgrading infrastructure for farming irrigators in the Murray Darling Basin.

The move will anger environmentalists, who say water buybacks are vital to restoring flows to Australia’s most important river system. It also contradicts findings from the government’s own experts this week who said farm upgrades increase water prices more than buyback water recovery.

The government has chosen a route not backed by evidence, and which will deliver a bad deal to taxpayers and the environment. 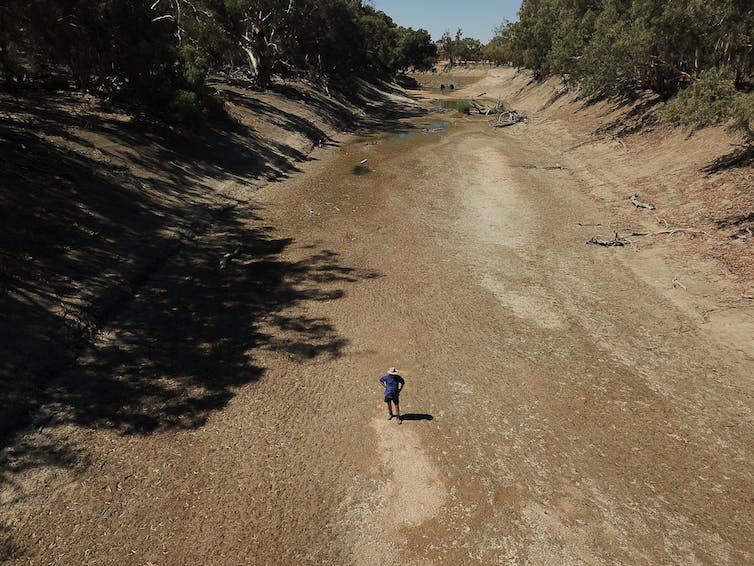 The government will no longer buy water from farmers for the environment. Dean Lewins/AAP

A brief history of water buybacks

Farmers along the Murray Darling are entitled to a certain amount of river water which they can use or sell. In 2008, the federal Labor government began buying some of these entitlements in an open-tender process known as “buybacks”. The purchased water was returned to the parched river system to boost the environment.

In 2012, the Murray Darling Basin Plan was struck. It stipulated that 2,750 billion litres of water would be bought back from irrigators and delivered to the environment every year. The buyback system was not universally supported – critics claim buybacks increase water prices, and hurt farmers by reducing the water available for irrigation.

The Coalition government came to office in 2013 and adopted a “strategic” approach to water buybacks. These purchases were made behind closed doors with chosen irrigators.

In a review of these buybacks released last month, the Australian National Audit Office found many of these taxpayer-funded deals were not good value for money.

The federal government ordered the review after controversy involving the 2017 purchase of water from two Queensland properties owned by Eastern Australia Agriculture.

The government paid A$80 million for the entitlements – an amount critics said was well over market value. The deal was also contentious because government frontbencher Angus Taylor was, before the purchase, a non-financial director of the company. The company also had links to the Cayman Islands tax haven. 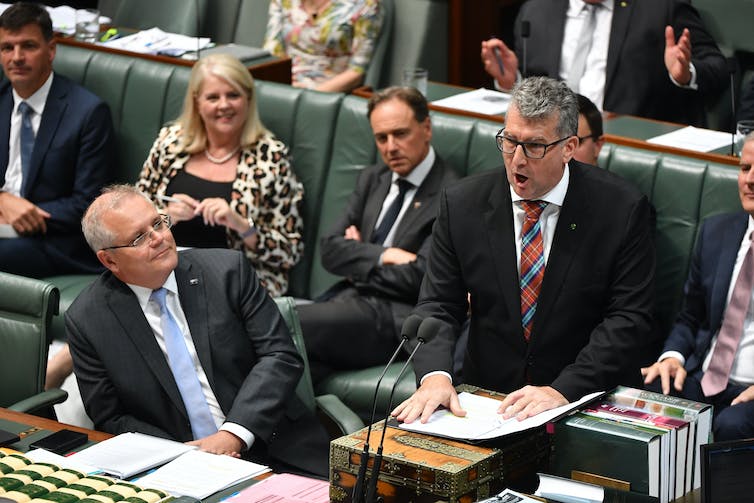 The Coalition government is taking a different approach to recover water for the environment: subsidising water infrastructure on farms and elsewhere. This infrastructure includes lining ponds and possibly levees to trap and store water.

The subsidies have cost many billions of dollars yet recover water at a very much higher cost than reverse tenders. This approach also reduces the water that returns to streams and groundwater.

Read more: Australia, it's time to talk about our water emergency

The justification for water infrastructure subsidies is that they are supposedly less damaging to irrigation communities. But the Australian Bureau of Agricultural and Resource Economics and Sciences (ABARES) concluded in a report published this week that on-farm water infrastructure subsidies, while beneficial for their participants, “push water prices higher, placing pressure on the wider irrigation sector”. This is the very sector the subsidies purport to help.

So why would the government expand the use of water infrastructure when it costs more and isn’t good value for money? The answer may lie in this finding from the ABARES report:

Irrigators who hold large volumes of entitlement relative to their water use (and are frequently net sellers of water allocations) may benefit from higher water prices, as this increases the value of their entitlements.

Farmers with limited entitlement holdings however may be adversely affected, as higher water prices increase their costs and lowers their profitability.

In other words, the “big end of town” benefits – at taxpayers’ expense – while the small-scale irrigators lose out.

Adding insult to injury, the Wentworth Group of Concerned Scientists released a detailed report this week showing the basin plan is failing to deliver the water expected, even after accounting for dry weather. Some two trillion litres of water is not in the rivers and streams of the basin and appears to have been consumed – a volume that could be more than four times the water in Sydney Harbour.

The Wentworth Group says stream flows may be less than expected because environmental water recovery has been undermined by “water-saving” infrastructure, which reduces the amount of water that would otherwise return to rivers and groundwater.

This infrastructure, on which taxpayers have spent over A$4 billion, has not had the desired effect. Research has found those who receive infrastructure subsidies increased water extractions by more than those who did not receive subsidies. That’s because farmers who were using water more efficiently often planted thirstier crops. 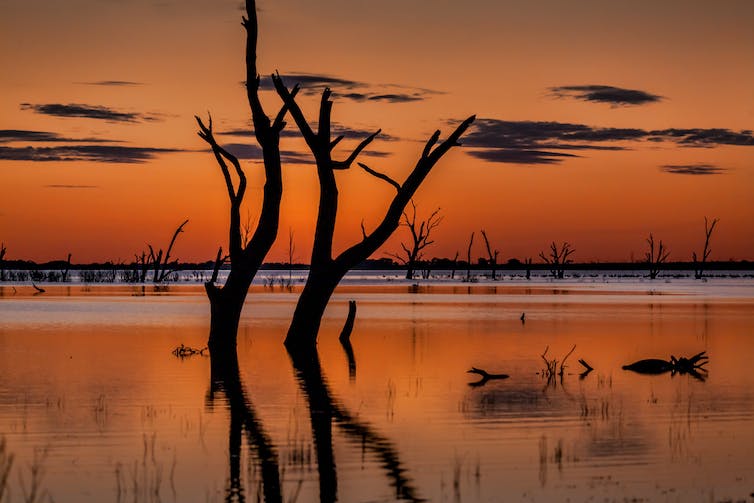 The government took a strategic approach to water buybacks in the Murray Darling Basin. Shutterstock

It’s clear taxpayer dollars are much better spent buying back water entitlements, through open tenders, rather than subsidising water infrastructure. We can, and must, do much better with water policy.

Today, the federal government has doubled down on wasteful spending at taxpayer expense – in a time of a COVID-induced recession.

So what is on offer from the Morrison government? Continuing to ignore its own experts’ advice and delivering yet more ineffective subsidies for water infrastructure. Our rivers, our communities, and all Australians deserve much better.

Read more: While towns run dry, cotton extracts 5 Sydney Harbours' worth of Murray Darling water a year. It's time to reset the balance