Every year (except this year) Australian children in Years 3, 5, 7 and 9 sit a standardised literacy and numeracy test — NAPLAN.

When NAPLAN was brought in in 2008, the government argued it would be a way for parents to be involved in their child’s progress, and drive improvement in schools.

We wanted to find out how parents are involved in NAPLAN, so as part of a larger study, we interviewed seven middle-class and five working-class families.

We classed middle-class families as those where at least one parent is employed in a position of substantial authority or that draws on university level skills.

All the middle-class parents we spoke with considered NAPLAN as a tool governments developed for parents. It allowed them the ability to check-up on schools and teachers.

While some parents acknowledged some children were anxious around NAPLAN tests, parents described NAPLAN as an opportunity for their children to develop resilience and competence in response to pressure.

As one parent told us:

Most middle-class parents said they did some preparation for NAPLAN. This included discussions with children, downloading past papers, and buying and using practice test books. Some parents indicated their children worked with tutors in weeks prior to NAPLAN tests.

Most parents shared NAPLAN results with their children. This happened whether they considered results good or bad.

One parent told us the reports were “really valuable” and an opportunity to “talk through” and “figure out” strengths and weakness. All parents agreed NAPLAN was a valuable tool for this reason. 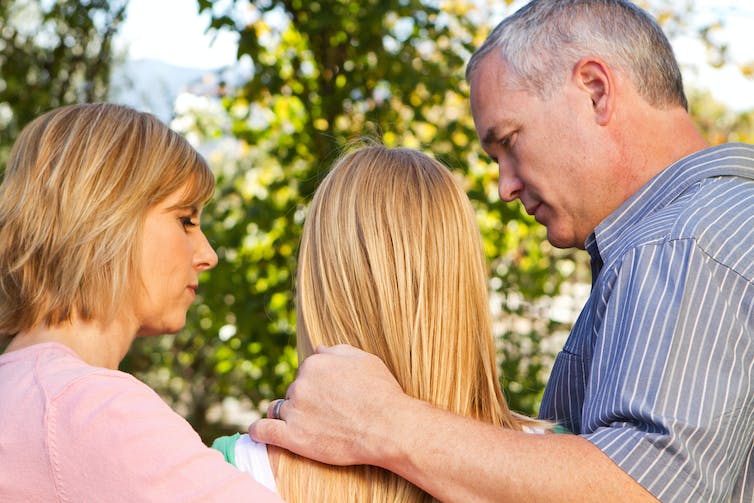 Where parents considered NAPLAN results weak or not as good as they could be, they engaged their child in activities to help them improve. This included additional work at home, discussions with classroom teachers, and sometimes external tutoring.

But some parents expressed concern at considerable differences between school and NAPLAN reports.

All the middle-class parents we spoke with did not hesitate to approach teachers and principals with concerns around NAPLAN reports.

As one parent said:

teachers do need to be accountable you know, with their teaching if the kids are not doing well and have been previously doing well I want to make sure the school is fulfilling their agreement.

Working class parents in our study were those in which neither parent works in a position of authority or draws on university certified skills.

All the working-class parents we spoke with saw NAPLAN as a tool for government to assess schools and teachers. Parents did not see NAPLAN testing or reporting as something for them.

It allows government research bodies to understand what’s happening in our schools and how the curriculum is being applied to particular areas […] I don’t think it’s for parents, I would never look to NAPLAN to see how my son’s doing.

Parents in this group generally disagreed with the testing process for kids at that age. And they all expressed concern about the anxiety around the test and potential for negative comparisons.

None of the parents in this group helped their child prepare for NAPLAN, as advised by teachers and schools.

They said they discussed and shared results with children but only if children displayed interest. Some parents deliberately decided to not share reports with their child. As one parent said:

Reading he’s below, and yeah, I don’t think he needs to have any more lack of confidence in himself

None of these parents saw any real value in NAPLAN results. As one parent said, they saw more merit in school reports that “give you more scope than one test”.

Some parents accepted what they described as “mediocre” or “below-average” results as indicative of their child’s natural ability, accepting not all will succeed academically.

Many emphasised the importance of recognising the whole child and strengths outside academic achievement. All parents in this group saw no reason to seek additional help in response to NAPLAN results unless directed by a teacher.

NAPLAN reports did not prompt any of these parents to approach teachers or principal, even if results differed from school reports or previous discussions with teachers. Parents continually emphasised trust in their teacher’s ability and professionalism to interpret and address any issues of concern.

As one parent told us, “I put my faith in the teachers to come and speak to me, not a NAPLAN result.”

These interviews raise some doubts about government claims around NAPLAN’s ability to address inequity or improve results for all children through increased parent involvement at an individual or school level. They may speak, at least somewhat, to government’s inability to disrupt continued education inequity. In this respect it’s possible NAPLAN testing and reporting perpetuates, rather than alleviates, inequities in Australian education.