Plot twists in the TikTok saga continue to emerge daily, with a proposed deal to secure the future of the video sharing platform in the United States now in doubt.

Under the deal — which US President Donald Trump initially approved but now may not — US computer tech firm Oracle and retailer Walmart proposed a joint venture called TikTok Global, which would see customer data move to US-controlled infrastructure.

This venture would have allowed TikTok to continue operating in the US. Trump had earlier ordered TikTok to be removed from mobile app stores but enforcement of the order could be delayed if the Oracle-Walmart deal goes ahead.

Questions remain: what difference will this deal (if approved) make to the TikTok service; how will it affect the security concerns for governments (and users) in the US and Australia; and is this just political posturing with the US elections looming?

Read more: The US has lots to lose and little to gain by banning TikTok and WeChat

This deal would see Oracle and Walmart take around 20% of TikTok Global, with ByteDance (the Beijing-based owner of TikTok) retaining 80%.

News reports suggest Walmart and Oracle may pay a combined US$12 billion for their stake in TikTok Global.

Trump has said he wants US$5 billion from companies creating TikTok Global to go into an education fund to teach American children “the real history of our country”.

ByteDance had earlier this month rejected a plan by Microsoft to buy the US arm of TikTok, which cleared the way for the Oracle deal. Oracle’s involvement was likely influenced by a recent decision by video meeting software firm Zoom to use Oracle cloud infrastructure. Oracle’s surprise win in that deal over more familiar names such as Amazon Web Services was a public relations boon for Oracle.

Walmart was an unexpected contender for the TikTok Global partnership, but it makes sense; access to the TikTok user base opens significant marketing opportunities for Walmart to benefit from a large, younger audience.

What does this mean for TikTok users?

If the deal goes ahead — and that is far from certain — most users will not notice any difference. TikTok users will still be able to make viral videos and confuse non-TikTok users.

As TikTok already stores data in the US or Singapore, the move to Oracle-provided infrastructure is unlikely to have any tangible impact on users.

The (claimed) national security concerns will likely remain – if ByteDance retains a significant share in TikTok Global, there will still be US concerns over Chinese government influence.

The potential for the Chinese Communist Party to demand access to user data through its National Intelligence Law will still be of concern, as the law applies to any Chinese-owned company (and being the majority stakeholder may be enough to enable such powers to be applied).

This hasn’t been put to the test yet, but in a similar discussion relating to Huawei 5G technology, China law expert and New York University professor Jerome Cohen said there was “no way Huawei can resist any order from the [People’s Republic of China] government or the Chinese Communist Party to do its bidding in any context, commercial or otherwise.” 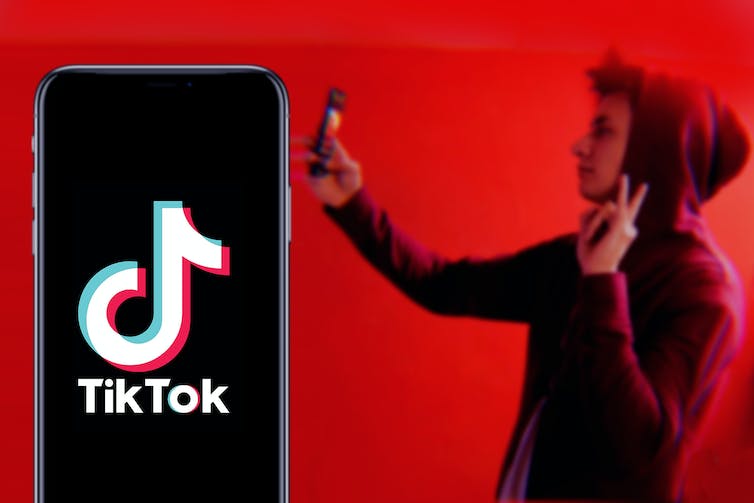 TikTok’s main user base tends to be younger people. Shutterstock

Of course the same is true for any US-owned organisation, thanks to the Clarifying Lawful Overseas Use of Data (CLOUD) Act, which gives the US government very similar powers.

So even if ByteDance sold the entire TikTok platform to a US company, Australian users’ data would still be subject to access requests; they’d just be from the US government rather than the Chinese Communist Party.

Nevertheless, Oracle was quick to provide reassurances over data security, with chief executive Safra Cruz saying he was “100% confident in our ability to deliver a highly secure environment to TikTok and ensure data privacy to TikTok’s American users, and users throughout the world.”

Setting aside concerns over location and access to user data, the proposed deal would still seem to leave the TikTok algorithms in the hands of ByteDance. This may yet cause the deal to fail, and seems to be at odds with Trump’s comment that the deal:

… will have nothing to do with China. It’ll be totally secure.

How much of this is influenced by politics?

In the lead-up to the November US elections, Trump has promoted a narrative that he is the “protector” of Americans against external, particularly Chinese, threats — from coronavirus to Tik Tok.

A Californian federal judge has halted Trump’s attempt to limit Chinese social media apps. The fact this happened in a state led by a Democrat, Tik-Tok-using governor allows Trump to accuse his rivals of blocking his efforts. 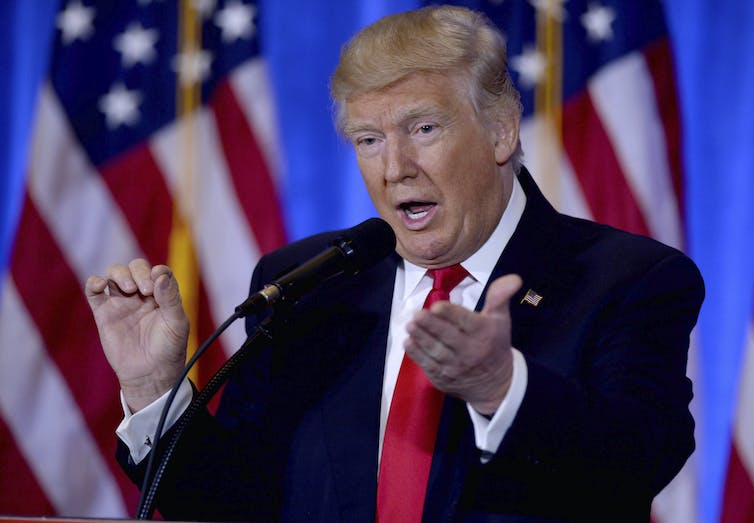 In the lead-up to the November US elections, Trump may be hoping to create a narrative around TikTok, China and security. Dennis Van Tine/STAR MAX/IPx/AP

The deal is still up in the air. Trump might have been happy with a win, but whether or not he gets one doesn’t matter. He’s already cast China as a threat, he’s deflected attention from COVID-19 and focused the discussion on a foreign government. 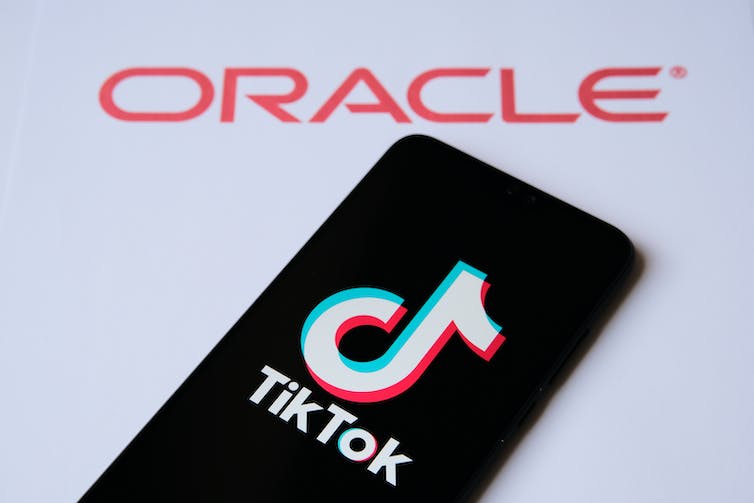 But what does all this mean for Australians? Ultimately, not much.

Australia doesn’t use China as a scapegoat in the way Trump’s America has. And although relations with China are strained, Australians are more acutely aware of our financial and cultural ties with China. In the US, China’s public influence is niche and diluted.

At the end of the day, though, Trump railing against China is like the father of a teenage girl hating his daughter’s boyfriend. He can make a lot of noise about it, but, in the end, his influence is limited. She’s going to grow up and do whatever she wants.