Among the sacrifices made by firefighters, and those who support fire-affected communities, is precious time spent with family. In California, thousands of firefighters and community support workers or volunteers have missed important moments such as birthdays, school events or family gatherings.

In Australia, where bushfire season includes December-January, thousands routinely miss out on Christmas, New Year’s Eve and chunks of school holidays with family because they’re off fighting fires or helping those affected. Some only go home to sleep before returning to the fire front. Others are deprived of family time for weeks or months.

My research focuses on how to support children with at least one parent who must travel afar for work (such as military families). But the same techniques may apply in households with a firefighter or other fire-affected community support worker in the family. 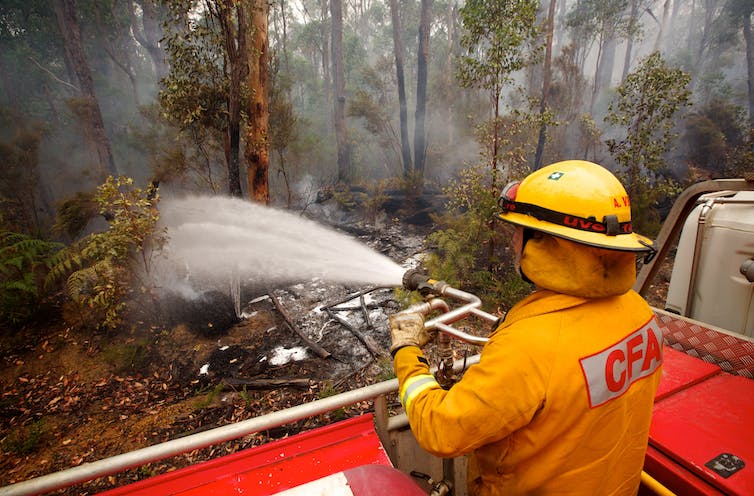 Many parents found open communication useful, explaining why they work away, where they are going, and what they will do. RICHARD WAINWRIGHT/AAP Image

Children might respond to parents working away for long periods:

Children are never too young to realise a parent is missing.

Read more: How to support children whose parent works away for long periods

I conducted research with 19 children aged between 2 and 5 who had a parent who worked away at times. I also talked to one of their parents and educators about the children’s and family’s responses, strengths and coping strategies.

Many parents find it useful to explain why they work away, where they are going, and what they will do using age-appropriate language.

Some found it helpful to mark where they were going on a globe or map, repeating the story each day for a few weeks before leaving. Where possible, homemade sticker calendars marked off the days until the parent returned. 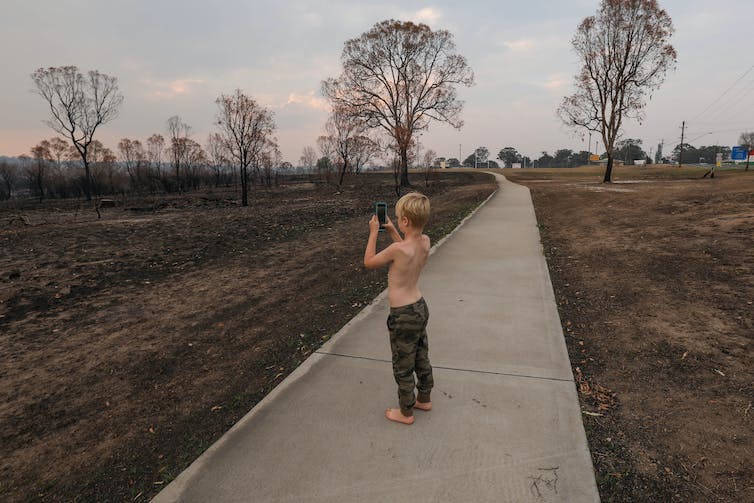 Develop and practice a narrative simple enough for the child to repeat. For example: ‘Mum is away fighting fires. She will be home after New Year.’ Shutterstock

Pictures can help explain the roles of emergency services, defence personnel, front line workers and volunteers. Discuss how these workers use their skills to save people, forests, animals, farms and buildings. Partner with children’s educators to find resources to help children understand.

Talk about other jobs where parents work away, and explore some of the children’s resources available, including those designed for children with a disability or language delay. Share these, and bushfire resources, with educators. Children’s educators can be a great support when parents work away.

Develop and practice a narrative simple enough for the child to repeat. For example, “Mum is away fighting fires. She will be home after New Year.” This can improve children’s confidence.

Children should be able to talk about their fears

Some children fear their parent will be killed or injured when they work away. Parents can and should encourage children to talk openly about their fears.

Showing children pictures of safety precautions and equipment they use might reduce fears. Consider restricting unsupervised use of media to reduce exposure to the news. Telling their educators about children’s fears can be useful. 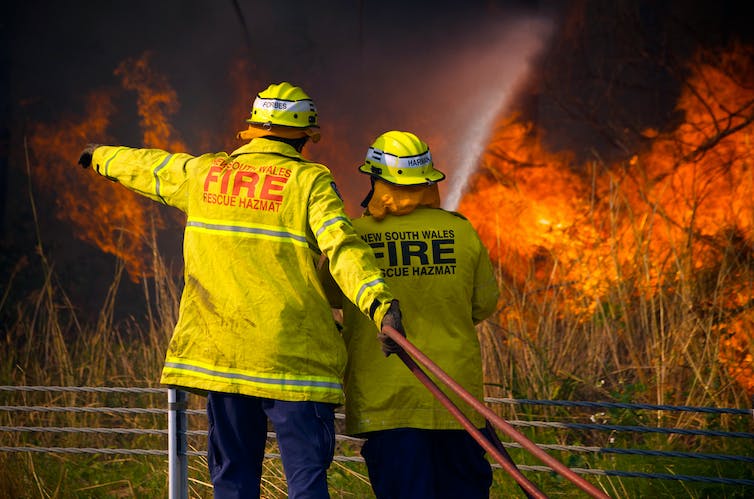 Parents can and should encourage children to talk openly about fears they have regarding their parents work or service. Shutterstock

Parents found pets could be a comfort and a conversation topic. Some bought a new pet before they went away, asking for updates and photos (of course, pet ownership is a long term commitment and is not a decision that should be made lightly).

Other parents allowed pets to comfort children at night by letting the pet inside when they were away.

I’m here, you’re there, but we’re still in touch

Setting up a joint project before the parent goes away can increase children’s confidence and agency. Examples include a vegetable garden, flowerpots, worm or mushroom farms, craft projects, dolls house or adventure kingdom using recycled materials. Children can continue the project and send updates and photos.

When children missed their parent, the “at home” parents asked the child to draw what they were looking forward to doing with the “away” parent when they returned. These were photographed and sent to the parent via messages, emails or post. Parents set up a basket for these drawings. The “away” parent could then work through the activities on their return. 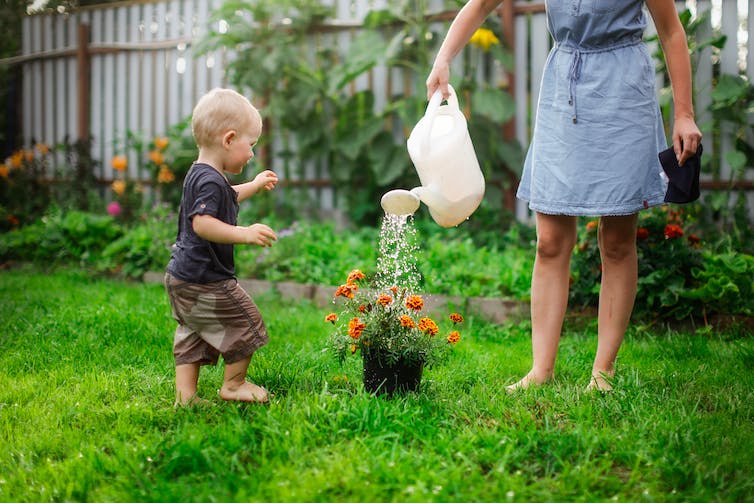 Setting up a joint project, such as a garden, before the parent goes away can be helpful. Shutterstock

Providing art and craft materials for children helped them to express feelings. Some young children made faces out of modelling clay to show how they felt when their parent worked away.

Other parents of young children used mascots, such as two teddy bears: one for the child and one for the away parent. The child could hug the bear when they wanted to cuddle the parent, and was told the parent would feel the hug (and vice versa). The parent took photos of the bear in different locations, as did the child did during outings. 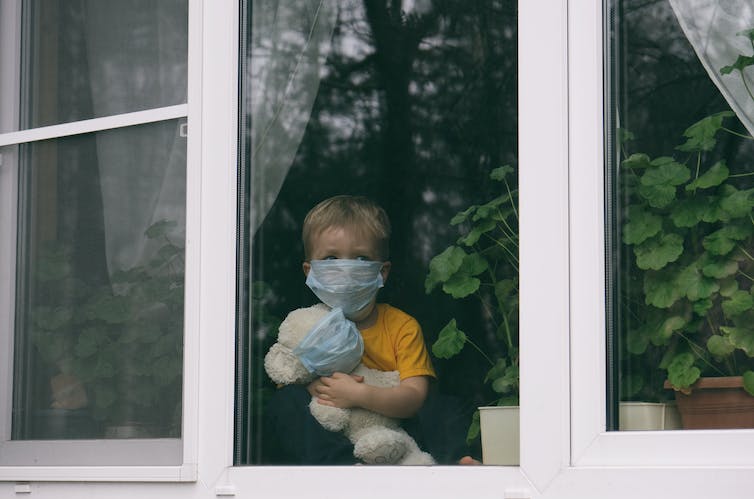 Some parents gave the child a teddy and had a matching one for themself. The child was able to hug the bear when they wanted to cuddle the parent. Shutterstock

Children found comfort in video and audio recordings of the parent reading bedtime stories, including short stories they enjoyed as a child. A small photo album featuring the child and the parent next to the child’s bed also helped. Some parents also allowed children to sit on the “away” parent’s loungechair when they were absent.