It’s one of the most important genes in biology: “Sry”, the gene that makes males male. Development of the sexes is a crucial step in sexual reproduction and is essential for the survival of almost all animal species.

Today in the journal Science, my international collaborators and I report the surprise discovery of an entirely new part of the Sry gene in mice — a part we had no idea existed.

I co-discovered Sry in 1990. It is the gene on the Y (male) chromosome that leads to the development of male characteristics in mice, humans and most other mammals. Since then, Sry has been the subject of intense study worldwide because of its fundamental role in mammalian biology.

We have come to understand, in some detail, how Sry acts to trigger a cascade of gene activity that results in the formation of testes, instead of ovaries, in the embryo. Testes then stimulate the formation of other male characteristics.

But it’s clear we don’t have all the answers just yet. Our results published today take us one step further in the right direction.

For 30 years, we have understood the Sry gene is made up of one “exon”, a segment of a gene used to code for amino acids, the building blocks of proteins. This can be compared to a computer file consisting of one contiguous block of data, on a hard disk.

Our newest research reveals there’s actually a second exon in mouse Sry. This is like finding a whole new separate block of previously hidden data.

The mouse genome, like the human genome, has been extensively characterised due to the availability of advanced DNA sequencing and related technologies. Researchers commonly assume all the genes and all the parts of the genes have already been discovered.

But earlier this year, scientists in Japan uncovered what looked like a new piece of the Sry gene in mice. New sequencing approaches revealed what appeared to be two versions of Sry: a short, single-exon form and a longer, two-exon form. They called this two-exon version “Sry-T”.

They collaborated with my group at the University of Queensland and removed the new exon using CRISPR, a gene editing tool that lets researchers alter DNA precisely. Together we discovered this prevented Sry from functioning: XY mice (which would normally develop as males) developed as females instead. 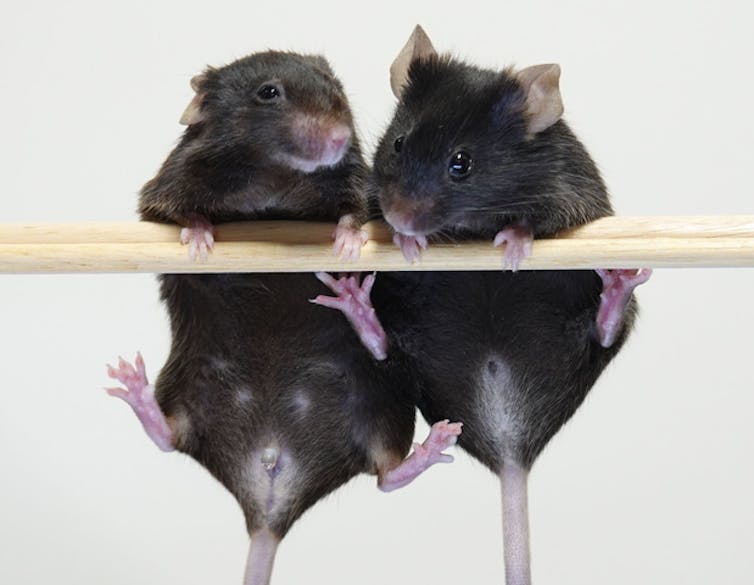 Importantly, although human Sry does not have the added exon, our discovery may reveal new functions that might be shared between mouse and human Sry.

The DNA sequence of the new exon in Sry-T may point us towards discovering some of the genes and proteins that interact with Sry, something that has been elusive up till now.

And interactions we find in mice may also occur in humans. Studying what human Sry interacts with may help explain some cases of differences in human sex development, otherwise known as “intersex” development. This is a common but poorly understood group of mostly genetic conditions that arise in humans. 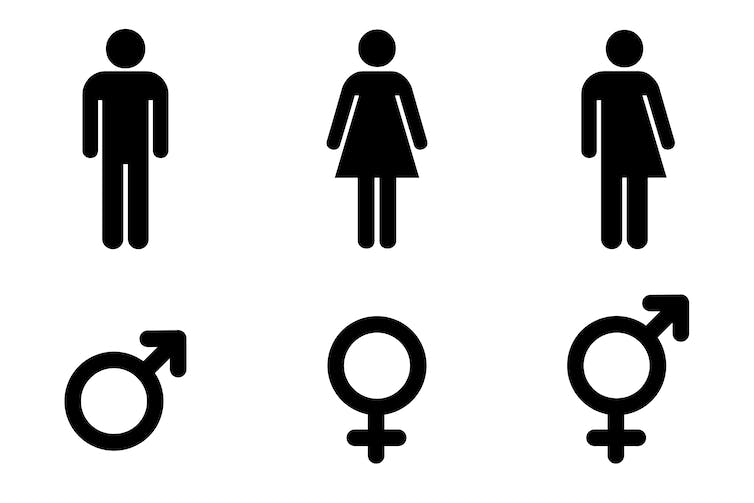 Intersex refers to people who are born with genetic, hormonal or physical sex characteristics that are not typically ‘male’ or ‘female’. Shutterstock

Currently, we don’t know the genetics behind a large proportion of intersex conditions. This is partly because we don’t yet know all the genes involved in the human sex development pathway.

Towards a better understanding of male sex development

Scientifically, this discovery is a bit like discovering a new cell type in the body, or a new asteroid in the Kuiper belt. As with many scientific discoveries, it challenges what we thought we knew and raises many questions.

What is the function of the new exon in Sry-T?

Currently, we only have part of the answer. It turns out the first exon of Sry, the one we already knew about, contains “instability sequences” at its end. These are sequences that cause proteins to fray and degrade.

An important function of the newly discovered second exon is to mask the instability sequences, seal the end of the Sry protein and prevent it from degrading. In other words, this second exon is crucial to the development of male babies.

But it’s early days yet. The challenge now is to understand whether there are more functions hidden within the newly discovered exon.

If so, this information may provide some of the missing links that have stood in the way of our full understanding of how Sry works at a molecular level and of how males and females come to be.

Read more: Why education about gender and sexuality does belong in the classroom