Most of the time, New Zealand looks outwards at the world. For the past three years, however, the world has watched New Zealand deal with a terror attack, a natural disaster and a global pandemic.

This reversal is reflected in the current election campaign. While refugees, trade deals and our military presence in Iraq were all in the mix in 2017, in 2020 foreign policy has been largely absent from political debate.

Given the focus on domestic safety and well-being, it’s understandable New Zealand is largely inward-looking. But the world will still be there after October 17, and the next government will face some serious foreign policy challenges.

What to do with the WHO

Perhaps most immediately crucial is what to do about the World Health Organisation. While New Zealand is supporting global efforts to develop and distribute a COVID-19 vaccine, pressing for improved global preparedness for the next pandemic must be a priority.

Read more: Hate crimes against Muslims spiked after the mosque attacks, and Ardern promises to make such abuse illegal

We should know more about whether political parties propose changes to the WHO, and whether they will increase (or decrease) our small (0.1%) contribution to its total budget.

This is doubly complicated by the United States withdrawing from the WHO and cutting its funding (10.8% of the total budget), effectively abandoning a leadership role. 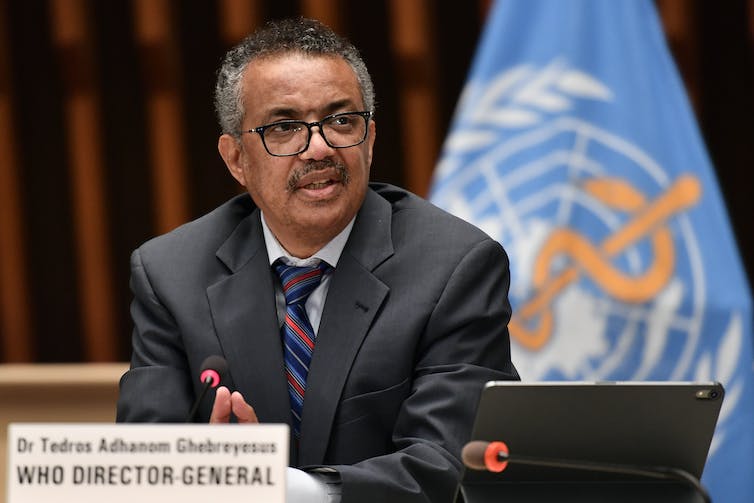 Are we ready for another pandemic? WHO Director-General Tedros Adhanom Ghebreyesus addresses a COVID-19 press conference in Geneva. GettyImages

Working with the US

The broader global role of the US presents huge problems for an incoming government, too. The US elections taking place a month after New Zealand’s only heighten this — including the possibility of President Donald Trump being re-elected.

Although both Jacinda Ardern and Judith Collins have promised to work with whoever wins, the nature of our relationship with the US is in the balance.

New Zealand was drawn into the Iraq conflict under a National-led government as part of the price of being a member of the “Five Eyes” security alliance. Despite reservations, the current Labour-led coalition maintained a troop presence until early 2020.

So far, though, the Labour-led government has steered away from other potential American adventures (such as with Iran). But it has kept New Zealand broadly aligned with its Five Eyes partners over China and Hong Kong. 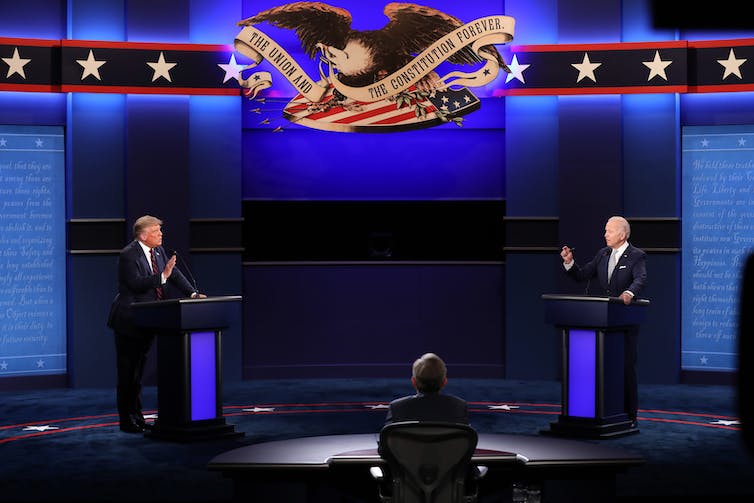 Even with the recent revelations that Zhenhua Data was collecting information on a number of prominent New Zealanders, both major party leaders avoided direct criticism of China.

Winston Peters was less diplomatic, but the probability that Five Eyes carries out the same kind of data gathering means New Zealand’s position is highly sensitive.

Read more: With the election looming and New Zealand First struggling in the polls, where have those populist votes gone?

Both National and ACT take a conventional line on maintaining and strengthening traditional alliances, while Labour’s election policy focuses more on trade and climate change than security.

The Greens, however, are clear that New Zealand law should ensure our armed forces never engage in overseas military action without United Nations sanction and the approval of parliament.

The Greens are also more emphatic on climate change, stressing the need to halve New Zealand’s CO₂ emissions by 2030 under the Paris Agreement.

While Labour, National, ACT and the Greens all commit to combating climate change at home (albeit with different policies and timelines), they diverge over international commitments.

It was the National Party that signed the Paris Agreement in 2015, but New Zealand’s commitments under the agreement will take effect from 2021 — during the term of the next government.

Given New Zealand’s need to trade underpins a broad consensus by most political parties, the lack of debate is maybe not a great surprise. Trade negotiations begun by one government are often concluded by another when power changes hands.

All the major parties have different names at the top of their dance cards, but in reality they all want new trade deals with Britain, Europe, Canada and America.

The debate — had there been any — lies in the values that underpin any future trade deals. Labour emphasises the importance of environmental and labour standards. National is more tepid, raising the question of whether parliament should approve trade deals before they are signed.

The Greens go further, calling for trade to be environmentally sustainable and “fair” by respecting human rights, democracy and national sovereignty. 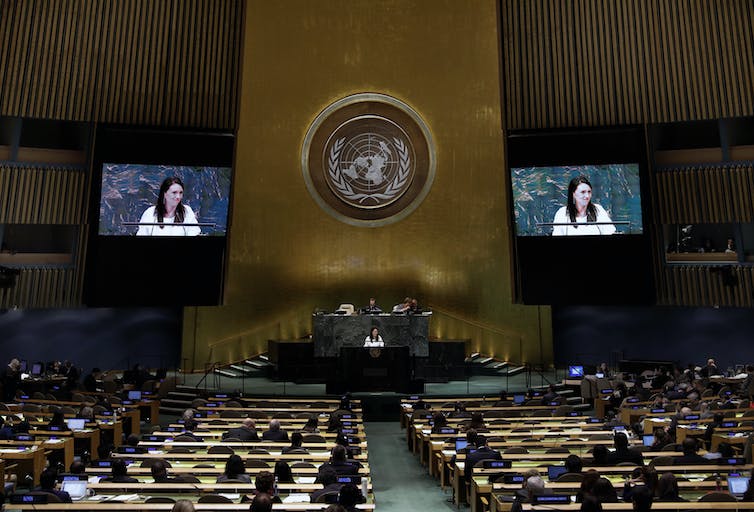 Our place in the world: Prime Minister Jacinda Ardern speaks during the General Debate of the General Assembly of the United Nations in New York, 2018. AAP

Beyond trade, there is broad consensus on New Zealand’s overseas assistance focus and priorities. The problem is, no-one is talking about the tiny amount we spend.

The United Nations target is for nations to spend 0.7% of GDP on overseas aid. New Zealand spends just 0.278%.

Increasing foreign aid spending during an economic crisis is clearly a difficult proposition — as, apparently, is any substantive debate about international relations in general.

But sooner or later all of these issues will come back to the top of New Zealand’s political agenda. At which time voters will discover just how equipped the next parliament is to meet those challenges.