“History isn’t kind to people who play God,” quips James Bond to supervillain Safin in the trailer for No Time to Die. The film’s release has been delayed yet again, to April 2021. It will mark Daniel Craig’s swansong as 007 and speculation continues as to who will be the next Bond. Will it be Idris Elba, Tom Hardy or perhaps a woman?

Bond has long been criticised for his sexist attitudes, with even Judi Dench’s M in GoldenEye (1995) dubbing him a “sexist, misogynist dinosaur” . But what if we view him through the prism of Greek mythology? Is Bond, in fact, a contemporary incarnation of Dionysus, the god of wine, pleasure and fertility?

In Greek mythology, the gods punish mortals for the sin of hubris. In our pop-culture pantheon, Bond is a deity.

Dionysus travelled throughout the ancient world, sometimes by boat in the Aegean islands, sometimes in a winged chariot. Bond also circumnavigates the globe, equally at home on yachts or in helicopters. But his chariot of choice is an Aston Martin.

Its logo? A pair of wings. 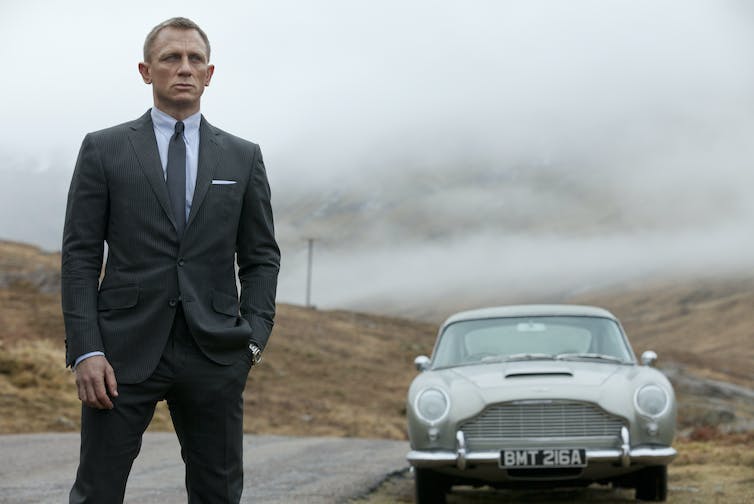 Read more: A black, female 007? As a lifelong James Bond fan, I say bring it on

Secrets of wine – and martinis

In Ian Fleming’s Diamonds are Forever (1956), Bond tells the bartender to combine three measures of Gordon’s gin, one of vodka and half a measure of Kina Lillet with a thick slice of lemon peel and poured into a deep champagne goblet. In Casino Royale (2006), he adds the martini must be shaken “until it’s ice cold.” 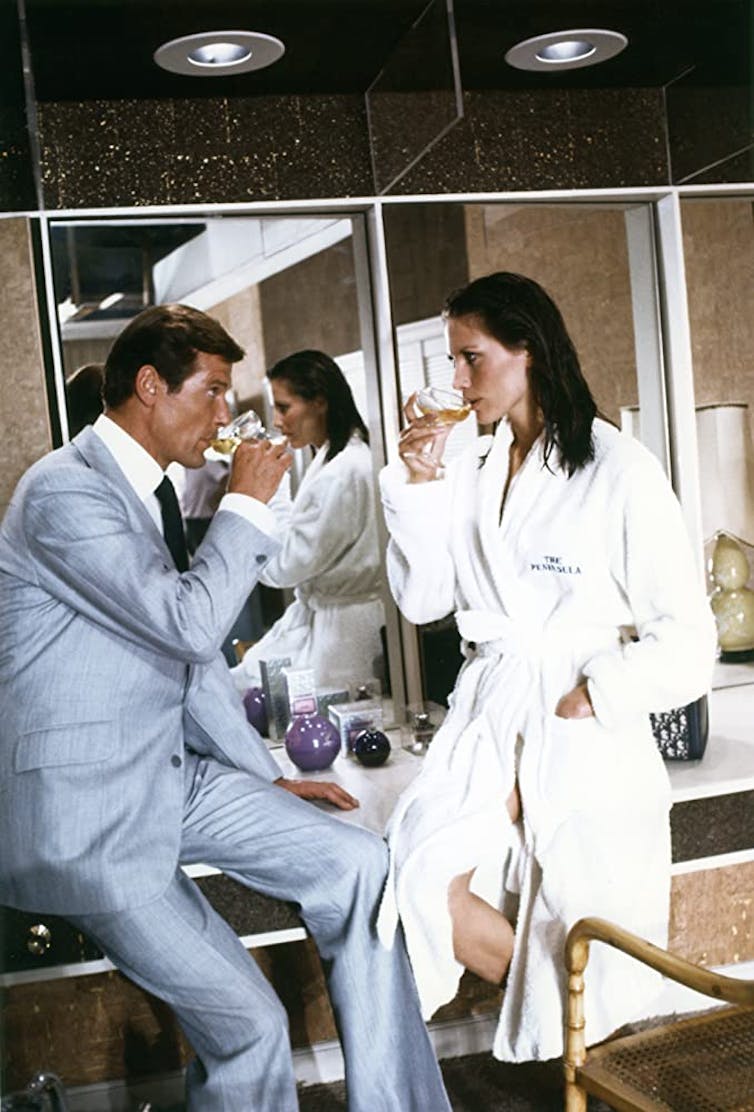 Dionysus and Bond were both experts in exactly how and when alcohol should be served. IMDB

Unlike mortals, Bond’s prodigious consumption of alcohol does him no harm, indeed he is hailed as “the best shot in the Secret Service.”

In a study of the novels published in the British Medical Journal in 2013, researchers estimated Bond consumed an average of 92 units of alcohol per week with a maximum daily intake peaking at 49.8 units.

There were days when Bond abstained — 12.5 out of a total 87.5 days — but mostly because he was being held prisoner. 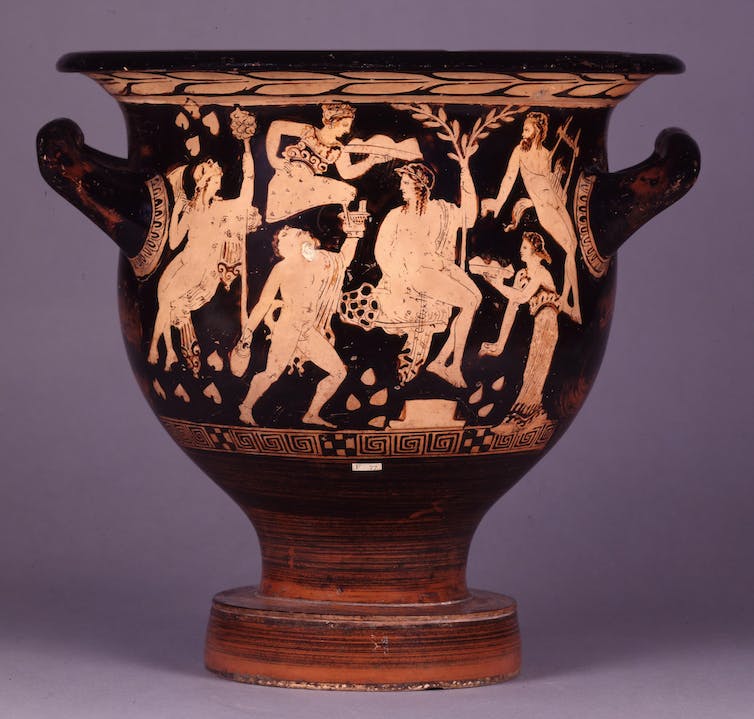 Greek pottery dating to 400-380BC depicting Dionysus (seated centre) surrounded by admirers. © The Trustees of the British Museum, CC BY-NC-SA

The union of the two created a powerful representation of fertility and rebirth. Dionysus also turned his thyrsus into a dangerous weapon by secreting an iron tip in its point.

As a secret agent, Bond conceals his Walther PPK pistol in a hidden holster, but one of his most lethal weapons is disguised as a cigarette – a potent symbol of sexual union in cinema, where smoking a cigarette signifies the completion of copulation.

When facing Bond with a cigarette, secondhand smoke is the least of your worries. IMDB

In You Only Live Twice (1967) the villain makes the fatal mistake of allowing Bond “one last fag.” It turns out to be tipped with a rocket-propelled bullet, proving that cigarettes aren’t just lethal for smokers.

Dionysus was deeply attractive to his female followers, Maenads, who would drink themselves into a frenzy to be possessed by the god. Likewise, Bond is pursued by a bevy of beautiful women — Pussy Galore, Plenty O’Toole and Honey Rider — panting to be possessed. 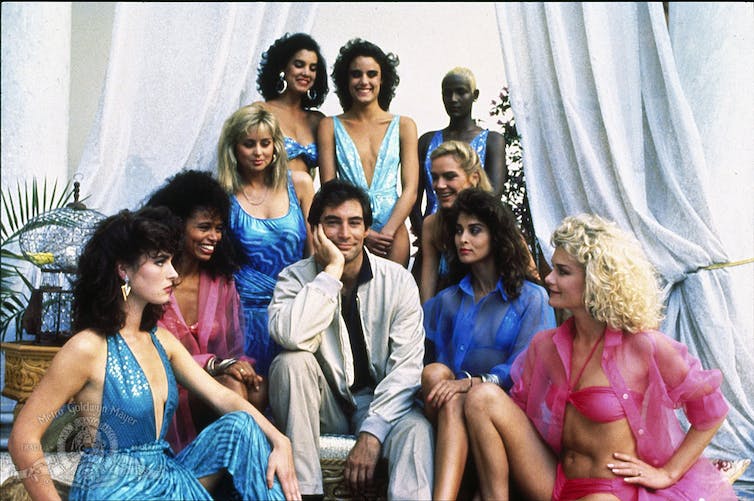 As with the Maenads, devotion to Bond comes with its perils. In Live and Let Die (1973), Bond girl, Solitaire loses her psychic powers after a close encounter of the passionate kind with Bond and becomes a target for heroin baron, Dr Kananga.

In Goldfinger (1964), Jill Masterton is punished by the eponymous villain for betraying him to Bond, dying of skin suffocation when he covers her in gold paint.

This puts a new spin on the Midas myth in which Dionysus granted the king’s wish to be blessed with the golden touch, only to discover that it is a curse making it impossible to eat or even embrace his daughter without turning her into metal.

In ancient Greece, the number seven was sacred and composed of the number three (the heavenly male) and the number four (the heavenly female). Bond’s number in the secret service — Agent 007 — is thus the perfect number to represent a modern-day fertility god. 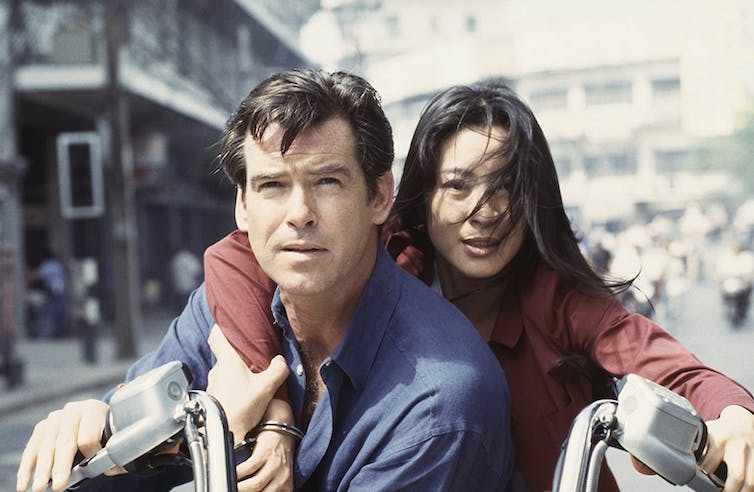 Like Dionysus who is depicted in a number of forms which range from an older, bearded god to a long-haired youth, Bond has appeared in a variety of guises from the debonair David Niven to the strapping Daniel Craig.

Yet regardless of his age and physique, Bond’s dual Dionysian nature brings either divine ecstasy in bed, or brutal death to his foes.

Dionysus almost dies before he is born but his father Zeus saves him. Later he returns from the dead after he is dismembered by the Titans.

Like Dionysus, Bond is resurrected in Skyfall (2012) after he is accidentally shot by Moneypenny. The bullet penetrates his body causing him to fall off a train and into a waterfall where he sinks to the bottom. But Bond is immortal. He returns to save another day.

When it finally reaches cinemas, No Time to Die will be the last hurrah for Craig, but gods do not die. Bond will live on.