In sport, timing can be everything. The 2000 Sydney Paralympic Games, which started 20 years ago this week, came at a time when the Paralympic movement was growing and becoming more visible.

And the Sydney Games left a legacy that has forever changed the way the games are run and how Paralympic athletes train and prepare.

The first official Paralympic Games were held in Rome in 1960, a week after the Rome Summer Olympics. 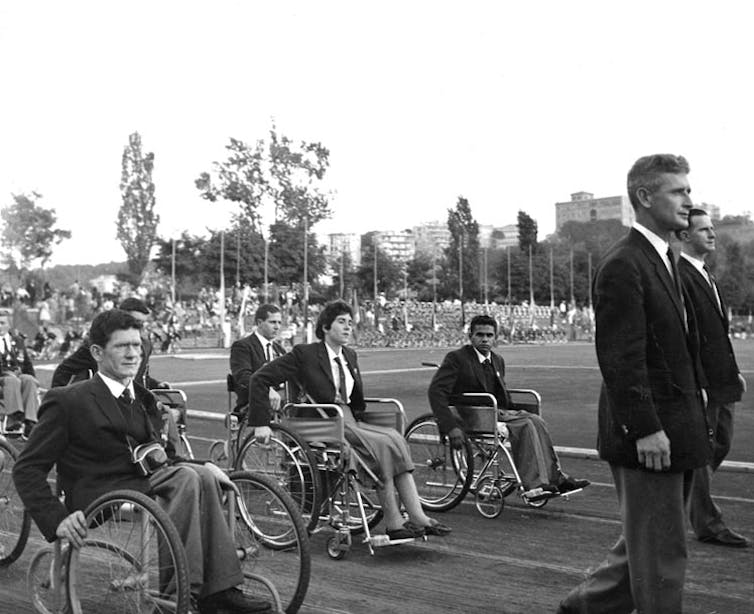 Four years later, the Tokyo Paralympics also followed the Olympics in the Japanese capital, but it would be another 24 years before the summer Paralympics and Olympics were held in the same city again — the 1988 games in Seoul, South Korea.

In Barcelona in 1992, the Paralympics were organised by the same committee as the Olympics and attracted huge crowds and had a celebratory atmosphere. The 1996 Atlanta Paralympics were widely seen as an organisational failure, but brought in US$39 million in corporate sponsorships.

Read more: A brief history of the Paralympic Games: from post-WWII rehabilitation to mega sport event

The Sydney Paralympic Organising Committee (SPOC) sought to build on this legacy when it appointed experienced sport events organiser Lois Appleby as its CEO.

Appleby was aware the Olympics and Paralympics would have to “peak twice” in 2000 if the games were to be successful. She assiduously worked with the Sydney Olympic Organising Committee to ensure this and maximise the limited resources available to SPOC.

The use of the same venues as the Olympics and the retention of the Olympic sport managers and event staff was key. This led to a seamless event with the same quality of presentation as the Olympics. 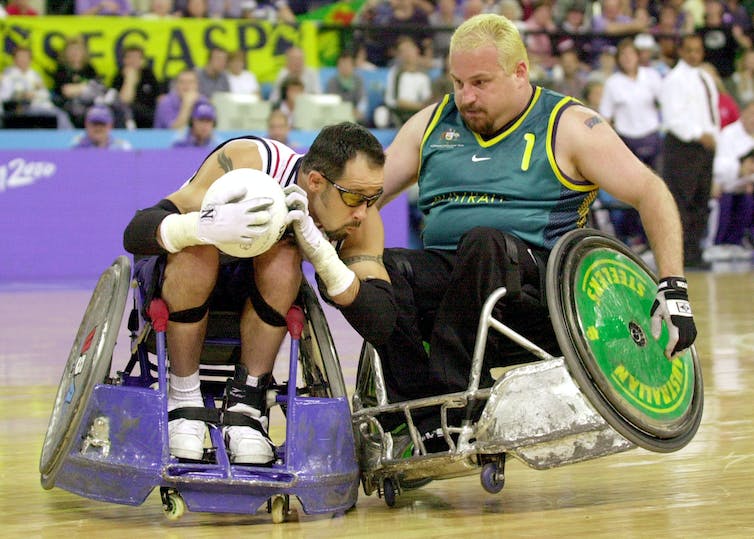 Another goal was to replicate the crowds and atmosphere of Barcelona. However, unlike the Barcelona organisers, SPOC also needed income from ticket sales to balance its budget.

To attract big crowds to the events, the organisers introduced a “day pass” of A$15 per ticket. This ensured crowds at even minor sports and queues outside the popular events. In the end, the games attracted 1.16 million spectators, almost 400,000 over pre-games predictions.

The “day pass” system proved so successful, it was used by the next two Paralympic hosts, Athens and Beijing.

To boost awareness and support for the games, SPOC also created a Paralympic national education program and delivered it to schools around Australia. A central component of the program linked athletes to schools as “pen pals” and through school visits.

By increasing awareness about the Paralympics in schools, the games attracted some 340,000 schoolchildren from every state and territory.

Read more: Into the spotlight: media coverage of the Paralympic Games has come a long way

The Sydney Games also resonated with millions of Australians through TV. When the Olympic broadcaster, Channel 7, decided not to broadcast the Paralympics, ABC stepped in with a team of experienced commentators.

The opening ceremony was a ratings hit and the response to the daily highlights package was so great, the ABC scrambled to increase its coverage.

While the Sydney Paralympics reached a relatively small global TV audience, its broadcast success in Australia led to a global jump of 1.7 billion viewers in 2004 and more than 4 billion for the 2016 Rio Games. 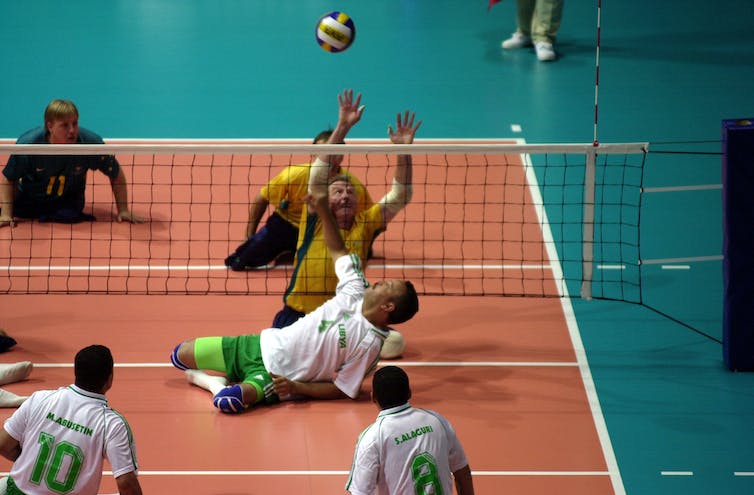 The Sydney Paralympics were widely viewed across Australia on TV. DEAN LEWINS/AAP

Australia builds a program for success

Australia dominated the Sydney Paralympics, winning the most golds (63) and overall medals (149).

The foundation of this success was the establishment of the Australian Paralympic Federation in 1990 and the new approach it adopted for the training, preparation and selection of its teams.

Paralympic athletes had to make do with less, though. They received very little government funding compared to athletes in Olympic sports. 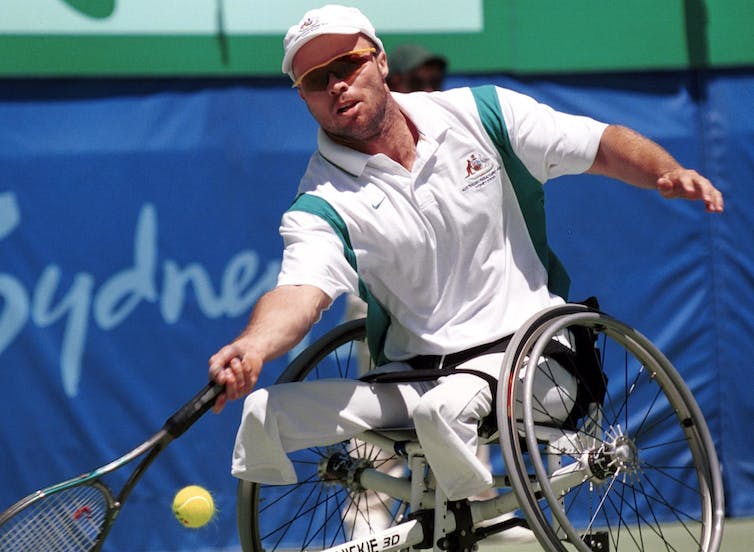 In the two years leading up to Sydney, the Australian Sports Commission provided just under A$4 million to Paralympic athletes out of its total “Olympic Athlete Program” budget of A$140 million, while the Australian Paralympic Committee spent A$5.6 million on supporting its Paralympic programs from 1999-2000.

Even though funding was limited, the Australian team had the largest support staff ever assembled for the Paralympics, which was crucial to the team’s success. The ambition was to replicate the best of Australia’s able-bodied, high-performance programs for every Paralympic sport.

As such, there were almost 100 more support staff with the Australian team in Sydney than in Atlanta four years earlier. Coaching was a key element to this, with nearly double the number of coaches in 2000 compared to 1996.

Chris Nunn, head coach of the athletics team, later expressed his delight in the way the Australian plan was realised. He told the National Library of Australia’s Australian Paralympic History Project,

My only disappointment was, we couldn’t take on the universe.

‘A new standard of professionalism’

Kurt Fearnley, who won three Paralympic gold medals in wheelchair racing, said the greatest legacy of the Sydney games was that it raised Paralympic sport to a “new standard of professionalism”.

Where the Games had once been about participation, they were now driven by competitive excellence. Before Sydney, the athletes who were professionally dedicated to their sport were the exception; after Sydney, the weekend warrior became the rarity. 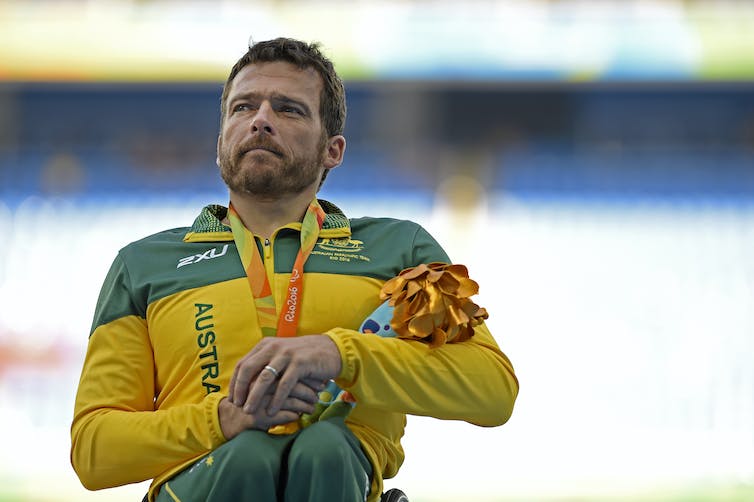 Indeed, this legacy continues today. Research commissioned by the APC after the games showed the vast majority of Australians viewed Paralympians as elite athletes who deserved the same funding opportunities as their able-bodied equivalents.

After Sydney, other countries with much greater budgets, such as the UK and China, also adopted a high-performance sport approach.

Australia would never again finish at the top of the medal table, but by building on the programs it put in place for Sydney, it has finished in the top five at each of the four subsequent Paralympics — and has high hopes for Tokyo in 2021.

Read more: The Paralympics is more popular than ever – but what's it for?