Of the 215 nations and territories that have reported COVID-19 cases, 120 have experienced clear second waves or late first waves that began in July or later. That’s according to the Worldometer global database, which sources data from national ministries of health and the World Health Organisation.

Of these 120, only six have definitively emerged from their second wave: Australia, South Korea, Japan, Hong Kong, Vietnam and Singapore. I am not including New Zealand, as the series of clusters that arose in Auckland in mid-August never evolved into a clear second wave.

Ultimately, Victoria has performed extremely well by international standards. Only Vietnam and Hong Kong have enjoyed comparable success in quashing the second wave. Victorians’ sacrifice during lockdown has left Australia well placed to sustain very low numbers of cases through the coming summer.

Any comparison between Australia and other countries takes place amid a grim global context. The worldwide tally of cumulative cases is adding one million new cases every three or four days. On Wednesday, of the 100 countries with the highest total reported cases, just seven reported fewer than 50 new cases: Australia, China, Nigeria, Singapore, Ivory Coast, Zambia and Senegal. The same day, France and the United Kingdom each reported more than 26,000 new cases, and 20 European countries posted all-time daily record numbers.

Some European countries, such as the Czech Republic, Poland and Georgia, are now reporting daily case numbers 25-30 times higher than during their first waves.

Read more: Lockdown, relax, repeat: how cities across the globe are going back to coronavirus restrictions

Europe and North America face enormous challenges to control their outbreaks as winter looms and pandemic fatigue sets in. But already there are signs of decisive measures including a national lockdown in Ireland — very similar to Melbourne’s — and night curfews in Paris, seven other French cities, Brussels, Athens and Rome. Their current struggles stand in stark contrast to Australia’s situation.

Which countries offer the most instructive comparison with Australia? Let’s start with Israel, one of the first countries to experience a second wave far more severe than the first.

Israel was also a founding member of the long-forgotten First Movers Group, comprising Austria, Denmark, Norway, Greece, the Czech Republic, Israel, Singapore, Australia and New Zealand. Each member nation implemented restrictions early in the pandemic, and held a virtual summit in May to share tips about controlling the virus. Since then, every member except New Zealand has experienced a major second wave. 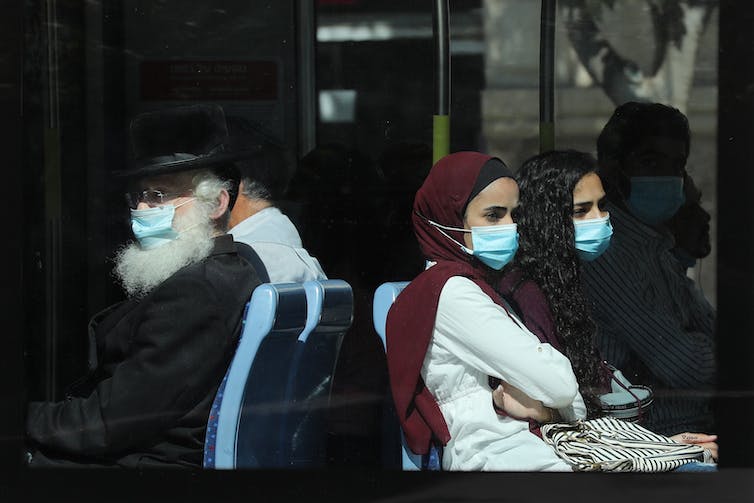 Israel is yet to emerge from its second wave of COVID-19. ABIR SULTAN/EPA/AAP

Israel’s second wave was largely caused by transmission among high school and middle school students, and an uncoordinated exit from the first lockdown. By the end of May, citizens were allowed to go to shopping centres and community gatherings, despite a growing resurgence of cases. During the Israeli summer there was minimal enforcement of face mask use, and moderate restrictions were reimposed on July 17.

Cases continued to surge, prompting a second lockdown introduced on September 18. This included restricting people’s movement to within 1km from their homes. The mishandling of the first wave had eroded public trust in the government, and morale was seemingly bleak during what was the first national lockdown in the world in response to a second wave. While cases have declined in the past few weeks the country has not yet emerged, with daily new case numbers still between 800 and 1,100.

National lockdowns not essential for success

Four of the five Asian countries that have emerged from their second wave demonstrate that lockdowns aren’t an all-or-nothing choice. There are intermediate options, but they only work if certain conditions are met. These include effective testing, contact tracing and isolation capacities; a culture of wearing masks and following public health directives; electronic contact tracing; and selective local restrictions such as closing bars, restaurants and places of worship. 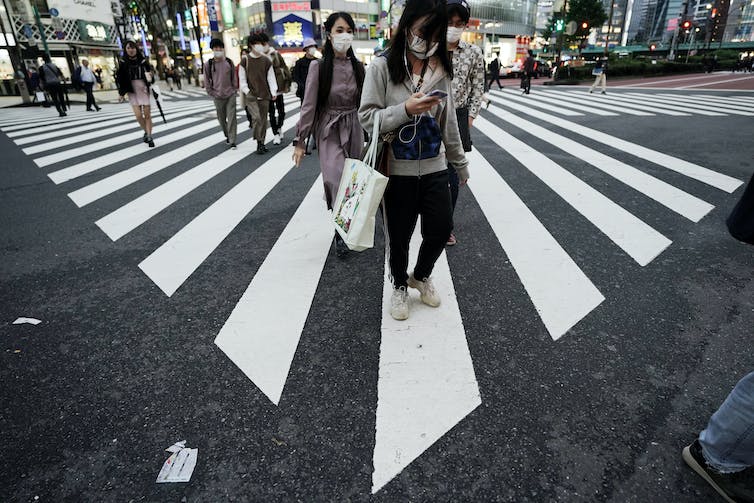 Japan and South Korea have had success controlling their second waves without blanket lockdowns, but neither are out of the woods yet. Eugene Hoshiko/AP/AAP

Vietnam was one of the first countries to contain its first wave and did not record a single death until July. Measures included early border closures, aggressive testing and tracing, and enforced quarantine of all cases and their contacts. This may not be an option in less authoritarian countries. Vietnam did have a national lockdown for a two-week period in April.

Clear communication with the public was a crucial element of Vietnam’s response. The government used a range of creative ways to spread messages about symptoms, prevention and testing sites, including via state media outlets, social media, text messages and, famously, a viral song about the importance of handwashing.

After 99 days of zero daily cases, Vietnam’s first community transmission case was reported in Da Nang on July 25. It started with a man who tested positive without any travel history, and it’s still unclear how he contracted the virus.

By September 4, Vietnam’s health ministry had confirmed 632 new cases and 35 deaths. As during the first wave, blanket testing was conducted in Da Nang, transport in and out of the city was cancelled, and bars and restaurants closed. The same local measures were implemented in certain neighbourhoods in Hanoi when new cases were identified. The country has not reported any community transmission since early September.

Read more: Europe's second wave is worse than the first. What went so wrong, and what can it learn from countries like Vietnam?

Besides enforced quarantine, Japan, Hong Kong and South Korea have mostly followed the same strategy as Vietnam and haven’t imposed blanket lockdowns. After two months of near zero daily cases, South Korea experienced a series of spikes linked to bars, nightclubs and karaoke venues, with a major surge in August linked to a large church. The response has been characterised by robust decentralised testing, contact tracing and isolation, and a registration system at entertainment venues based on QR codes. However, the country is not yet out of the woods, reporting 50-90 cases a day.

Likewise, Japan continues to report 400-700 cases a day. But Hong Kong is approaching the same level as Victoria, reporting between five and 18 cases a day. 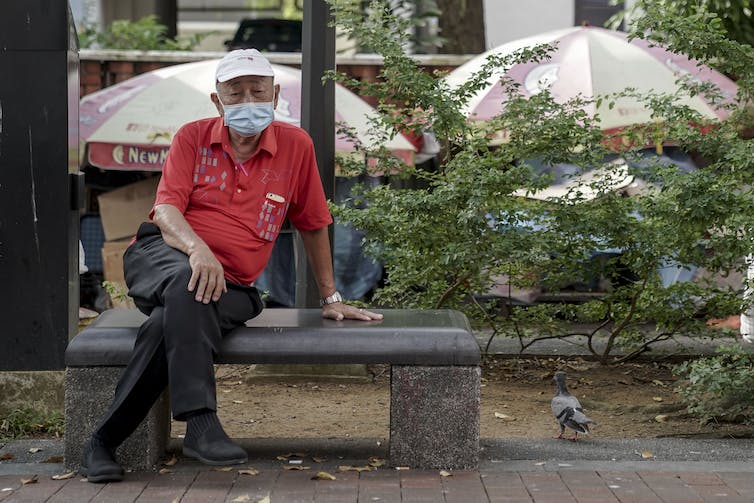 Singapore has a population comparable to Victoria’s, but has reported nearly 60,000 cases compared to Victoria’s 20,000. WALLACE WOON/EPA/AAP

Singapore is a very different case. It has by far the highest per capita number of cases in Asia. With a population of just 5.8 million, the country has reported 57,921 cases — more than twice the number of Australia (which has more than four times the population).

Between mid-April and mid-June, Singapore experienced a massive spike in cases mostly among overseas migrant workers. On June 19, the country eased restrictions opening restaurants and gyms. In the seven subsequent weeks leading up to August 8, Singapore reported 13,096 new cases or 267 per day. Cases have subsequently declined to single digits, comparable to Victoria.