Lasers were created 60 years ago this year, when three different laser devices were unveiled by independent laboratories in the United States. A few years later, one of these inventors called the unusual light sources “a solution seeking a problem”. Today, the laser has been applied to countless problems in science, medicine and everyday technologies, with a market of more than US$11 billion per year.

A crucial difference between lasers and traditional sources of light is the “temporal coherence” of the light beam, or just coherence. The coherence of a beam can be measured by a number C, which takes into account the fact light is both a wave and a particle.

From even before lasers were created, physicists thought they knew exactly how coherent a laser could be. Now, two new studies (one by myself and colleagues in Australia, the other by a team of American physicists) have shown C can be much greater than was previously thought possible.

How coherent can a laser get?

This high degree of coherence is what makes lasers suitable for high-precision applications. For example, in many quantum computers, we will need a highly coherent beam of light at a specific frequency to control a large number of qubits over a long period of time. Future quantum computers may need light sources with even greater coherence.

Physicists have long thought the maximum possible coherence of a laser was governed by an iron rule known as the Schawlow-Townes limit. It is named after the two American physicists who derived it theoretically in 1958 and went on to win Nobel prizes for their laser research. They stated that the coherence C of the beam cannot be greater than the square of N, the number of energy-excitations inside the laser itself. (These excitations could be photons, or they could be atoms in an excited state, for example.) 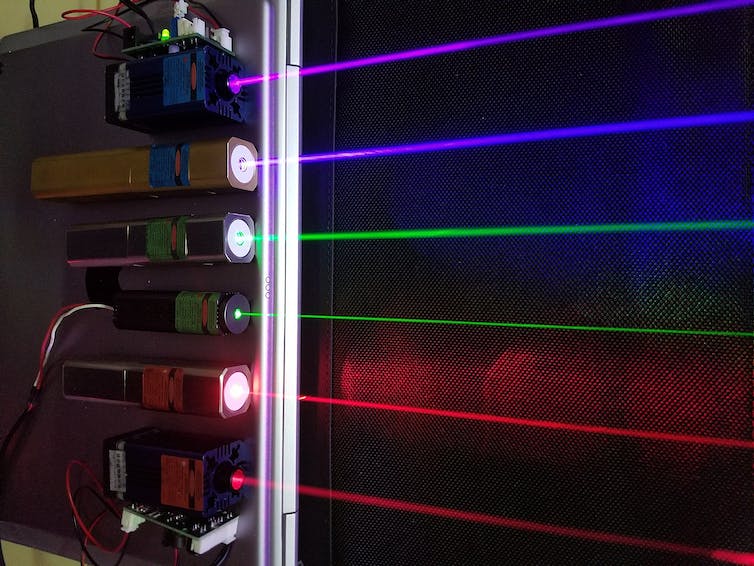 Now, however, two theory papers have appeared that overturn the Schawlow-Townes limit by reimagining the laser. Basically, Schawlow and Townes made assumptions about how energy is added to the laser (gain) and how it is released to form the beam (loss).

The assumptions made sense at the time, and still apply to lasers built today, but they are not required by quantum mechanics. With the amazing advances that have occurred in quantum technology in the past decade or so, our imagination need not be limited by standard assumptions.

The first paper, published this week in Nature Physics, is by my group at Griffith University and a collaborator at Macquarie University. We introduced a new model, which differs from a standard laser in both gain and loss processes, for which the coherence C is as big as N to the fourth power.

In a laser containing as many photons as a regular laser, this would allow C to be much bigger than before. Moreover, we show a laser of this kind could in principle be built using the technology of superconducting qubits and circuits which is used in the currently most successful quantum computers.

The second paper, by a team at the University of Pittsburgh, has not yet been published in a peer-reviewed journal but recently appeared on the physics preprint archive. These authors use a somewhat different approach, and end up with a model in which C increases like N to the third power. This group also propose building their laser using superconducting devices.

It is important to note that, in both cases, the laser would not produce a beam of visible light, but rather microwaves. But, as the authors of this second paper note explicitly, this is exactly the type of source required for superconducting quantum computing.

Can we get even higher?

No, at least not if the laser beam has the ideal coherence properties we expect from a laser beam. This is another of the results proven in our Nature Physics paper. Coherence proportional to the fourth power of the number of photons is the best that quantum mechanics allows, and we believe it is physically achievable.

An ultimate achievable limit that surpasses what is achievable with standard methods, is known as a Heisenberg limit. This is because it is related to Heisenberg’s uncertainty principle.

A Heisenberg-limited laser, as we call it, would not be just a revolution in the design and performance of lasers. It also requires a fundamental rethinking of what a laser is: not restricted to the current kinds of devices, but any device which turns inputs with little coherence into an output of very high coherence.

It is the nature of revolutions that it is impossible to tell whether they will succeed when they begin. But if this one does, and standard lasers are supplanted by Heisenberg-limited lasers, at least in some applications, then these two papers will be remembered as the first shots.