Much of the debate around the bill centres on what needs to be done for Australia to reach net zero emissions by 2050. That’s a crucial discussion — but it’s equally vital to recognise what’s already been committed.

Our project, the Net Zero Momentum Tracker, monitors Australia’s journey towards net zero emissions, tracking climate commitments and progress in key sectors of the economy. This includes superannuation, transport, retail, property and local government, and a forthcoming analysis of the resources sector.

We’ve found progress is, in general, going well. These sectors are increasingly making more climate-active commitments, which means the moment is right for precisely the kind of pivot Steggall’s bill seeks to facilitate.

What the climate change bill proposes

Steggall has garnered huge support outside of politics. In a joint letter this week, more than 100 Australian businesses, industry groups and community organisations endorsed the bill as a critical step in the recovery from the pandemic.

This included Oxfam, the Business Council of Australia, the ACTU, the Australian Medical Association and our organisation, ClimateWorks Australia

Along with the 2050 target, the bill proposes the establishment of an independent Climate Change Commission. It also adopts the government’s low emissions technology roadmap and would require the government to introduce risk assessment and adaptation plans.

To reach the 2050 target, the bill calls for a process to review the target every five years, and ensure independent advice on five-yearly emissions budgets.

An emissions budget sets the amount of greenhouse gases that can be emitted over five-year periods — in line with requirements for the Paris Agreement on climate. This is important because the amount of global warming depends on cumulative emissions, not emissions in any one year.

Australia can no longer consider a commitment to a net zero target as a matter of ideology or a moral gesture. Increasingly, it’s simple economic common sense, especially for investors.

In 2019, Geoff Summerhayes from the Australian Prudential Regulation Authority pointed out that climate change now constitutes “a legally foreseeable risk facing many different companies in a range of different industries”. As such, the financial sector has an obligation to act.

In 2020, the level of ambition in the superannuation sector rose considerably, with REST super now joining Cbus, HESTA and UniSuper with net zero pledges.

Similarly, the recent ANZ announcement of “strong action to support the Paris Agreement” signals that all the major banks and insurers are moving away from thermal coal, as the International Energy Agency declares solar energy to be the cheapest source of electricity in history. 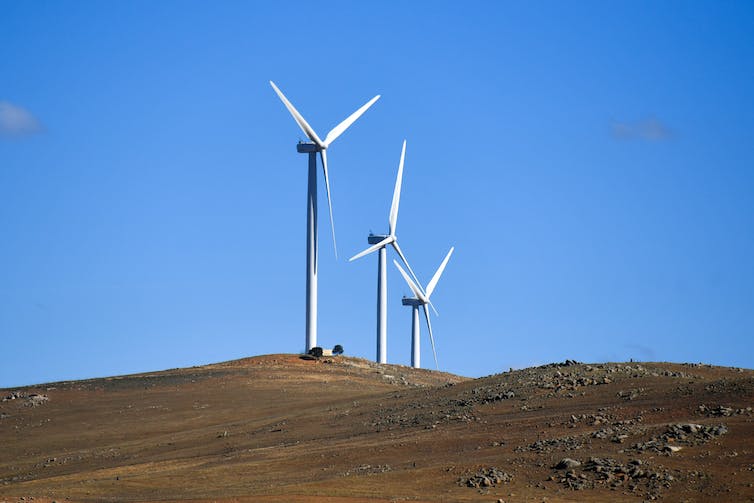 Most of Australia’s trading partners have committed to transform their economies. AAP Image/Mick Tsikas

Certainly, some sectors of the Australian economy are moving faster than others. Our analysis of 21 major property companies found 90% had set an emissions reduction target, while nearly a third were already committed to net zero.

The local government sector is equally proactive. Over a third of the largest local governments we assessed (representing a fifth of the Australian population) have committed to reaching zero community emissions by or before 2050.

And more than half are acting to reduce their operational (or direct) emissions by, for instance, installing solar panels and switching their vehicle fleet to electric vehicles.

By contrast, our analysis showed the retail and transport sectors have a long way to go before they’re aligned with net zero.

Even in a historically difficult sector like resources, progress is being made.

BHP, for instance, now says it can flourish under conditions compatible with the Paris Agreement. Rather than posing a problem for business, action to decarbonise the global economy will, it declares, present “opportunities to invest in commodities such as potash, nickel and copper”, which will “provide a strong foundation” for its business.

This shows when it comes to net zero many of Australia’s biggest companies no longer ask “why”, but instead focus on “how”.

In part, that’s because businesses that don’t change know they increasingly risk isolation.

For example, the International Energy Agency said in its annual report that demand for Australian thermal coal has peaked, and renewables will meet 80% of the world’s energy demands in the coming years.

Read more: Biden says the US will rejoin the Paris climate agreement in 77 days. Then Australia will really feel the heat

That means the vast majority of Australia’s exports are going to trading partners who have committed to transform their economies.

This will result in a shift in demand from high-carbon products and services, such as thermal coal, towards zero or near zero carbon alternatives, such as renewable hydrogen.

An opportunity, not a threat

Such a demand also presents extraordinary opportunities. The international transition to cleaner economies is a chance for Australia to become a renewable energy superpower.

After all, Australia possesses the world’s third-largest reserves of lithium and currently produces nine of the ten elements required for lithium-ion batteries.

Likewise, by 2030, Australia could be using renewable electricity and water to produce 500,000 tonnes of green hydrogen annually, one of the most important commodities of the transition into a clean economy. 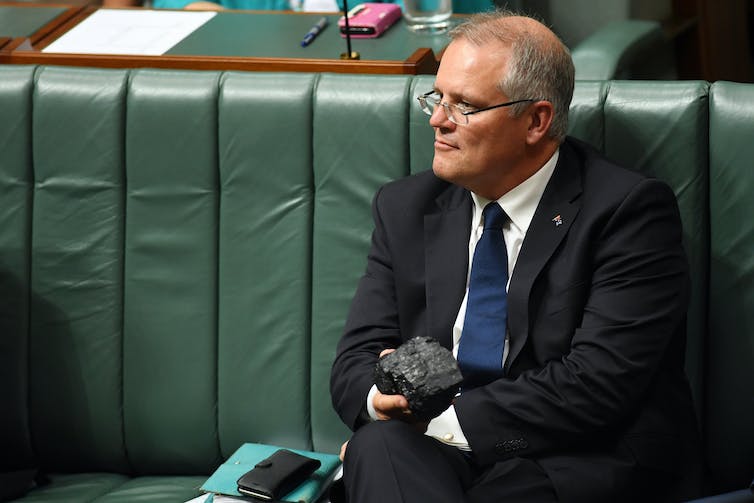 Many other countries already have their own climate change acts. AAP Image/Lukas Coch

In tracking the momentum to net zero, we’ve seen the importance of clear targets in raising ambition, encouraging innovation and fostering the deployment of known solutions quickly and at scale.

And a parliamentary commitment to decarbonisation at the federal level, backed by interim targets set every five years, would provide businesses and the public with the certainty they need to plan.

Read more: The UK has a national climate change act – why don't we?

Many other countries, such as Britain, already have their own climate change acts. So, too, does the state of Victoria.

Across the country, all the state and territory governments have made net zero commitments – and our assessment of local governments found many of them to be taking strong stands, too. It’s time for the federal parliament to get on board.