When the Black Lives Matter movement re-emerged powerfully this year, it encouraged a cultural reckoning about how Black stories are told, reaching deep into Australia’s mainstream media. Once more, research showed just how unselfconsciously white Australian media is.

Our study of 45 years of mainstream print news reportage of Aboriginal self-determination found the media overwhelming reports from and assumes a white standpoint.

Published in a book titled Does the media fail Aboriginal political aspirations? 45 years of news media reporting of key political moments, our findings signal that the media’s problems go deeper than representation.

A podcast series based on the book has now been released. In this five-part series, titled Black Stories Matter, we bring together media researchers, historians, policy makers, a former Aboriginal Affairs minister and members of the growing cohort of Aboriginal journalists, to discuss how we can disrupt the negative patterns of the past.

What emerges from our research — and from the podcast — is the degree to which a white lens distorts Black stories. Aboriginal political aspirations for treaties, self-determination and agreement-making have been met with procrastination and denial from successive Australian governments — and, as we discovered, Australian media.

This matters because reporting shapes the way Aboriginal political worlds are understood and talked about in public discourse.

Our study systematically examined the history of media coverage of moments where Aboriginal people have claimed their rights. It comes at a time when the Victorian government is negotiating a treaty, and when the NSW government, among others, has adopted policies in support of self-determination and agreement-making.

We began in Darwin, Larrakia country, in 1972, just prior to the victory of Gough Whitlam’s Labor Party in the federal election. The Larrakia nation’s attempt to deliver a petition to visiting Princess Margaret was symbolic of the growing confidence of the national land rights movement. Yet, in the reporting surrounding this, activism was described as failing and change was considered unlikely, unpopular and unnecessary.

Fast forward to a crucial event in 2017, when more than 250 Aboriginal and Torres Strait Islander representatives came together in the red centre of the country. After decades of consultation, inquiries, reports and recommendations, the Aboriginal polity arrived at a cohesive position and communicated the Uluru Statement from the Heart. 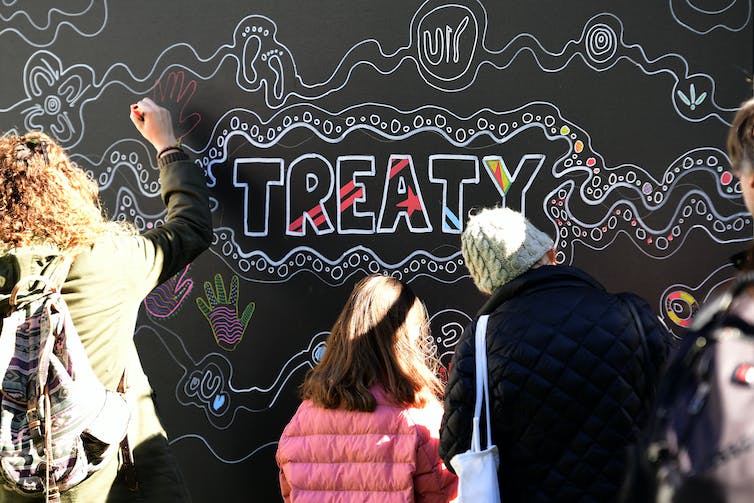 We found a failure to understand key concepts, such as treaty, in mainstream media reporting. BIANCA DE MARCHI/AAP Image

Initially, the reporting appeared sympathetic. But it dissolved once more into constraining narratives after the immediate rejection by then-Prime Minister Malcolm Turnbull, and the systematic reassertion by most media that reform was doable only if it did not challenge the subordination of Aboriginal sovereignty.

Over 45 years of Aboriginal people explaining and agitating with patience and persistence, the media almost always failed to take Aboriginal efforts seriously.

We found a failure to understand key concepts, such as the distinction between treaty, agreement-making, Makarrata and compact. If it was not for the Aboriginal media’s effective communication of Aboriginal demands, the historical record would be much impoverished.

Read more: Australia's media has been too white for too long. This is how to bring more diversity to newsrooms

The coverage we reviewed in our study revolved around three dominant and repeated narratives.

The first, what we termed a “White Mastery narrative”, sees Aboriginality as a problem to be solved through assimilation, and Aboriginal political demands as an obstacle to a cohesive society. Present in the reporting on the Larrakia petition, it re-emerged around the time of Prime Minister John Howard’s emphasis on “practical reconciliation”.

The second, which we termed the “irreconciliation narrative”, was strongest in reporting on Aboriginal demands for a treaty through the 1980s. Here, great sympathy was undercut by the idea that Aboriginal calls for self-determination are impossible, “irreconcilable” demands, unpopular with the Australian populace. This narrative promotes a politics of procrastination on the one hand, and hopelessness on the other.

The third, which we termed the “subordination narrative” seeks to reposition Aboriginal desires for self-determination into frames of disadvantage and deficit. It sees the socioeconomic uplift of Aboriginal people as the most pressing concern. In this narrative, if addressing statistical inequality and “closing the gap” means subordinating Aboriginal self-determination, it’s justifiable.

Another narrative, which we called the “sovereignty/nationhood narrative” only appeared in glimpses. It recognises the growing depth and strength of the Aboriginal polity, and acknowledges aspirations to self-governance as legitimate. In particular it validates the Aboriginal polity as an equal negotiating partner with the state.

Some examples of real headlines we came across in our study — and the narratives we identified across the reportage of each moment — are highlighted in the table at the end of this article.

Nuanced and complex representations of the Aboriginal polity

Over time, there were increasing invitations for opinion pieces in the mainstream media from Aboriginal voices. The Aboriginal polity engaged more deliberately with the media.

Yet, the media’s focus remained on parliamentary fracas, scandal and conflict. In the reports we examined, predominantly from Fairfax/Nine and News, we could not identify a single Aboriginal journalist at work.

We also examined Aboriginal media, such as Koori Mail or Land Rights News, for example. We found that, with far fewer resources, these outlets achieved nuanced and complex representations of the Aboriginal polity. 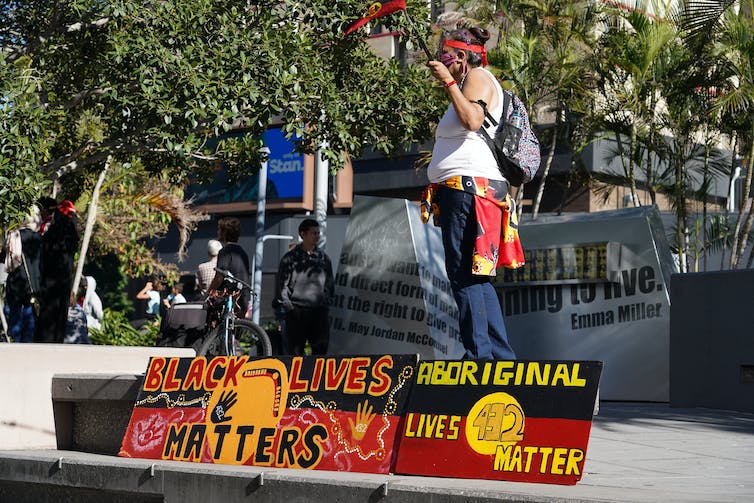 By understanding how the mainstream media has failed, we can also see the pathways to telling the Black stories that can change Australia’s future. Shutterstock

It should be a given for mainstream media outlets to place Aboriginal journalists at the centre of any attempt to tell Black stories. That, on its own, however, is not enough. Australia’s media landscape requires a transformation that needs to go much deeper than issues of representation.

By understanding how the mainstream media has failed, we can also see the pathways to telling the Black stories that can change Australia’s future. It is only by reconsidering its white standpoint that the media can give due justice to Black stories.

Subscribe to the Black Stories Matter podcast on your favourite podcast app: Apple Podcasts, Spotify, Stitcher. Black Stories Matter was made by Impact Studios at the University of Technology Sydney — an audio production house combining academic research with audio storytelling for real world impact. The podcast was made with the support of Aboriginal Affairs NSW as part of a strategy to improve the dynamics between Aboriginal people and governments.