China’s signature foreign policy, the Belt and Road initiative, has garnered much attention and controversy. Many have voiced fears about how the huge infrastructure project might expand China’s military and political influence across the world. But the environmental damage potentially wrought by the project has received scant attention.

The policy aims to connect China with Europe, East Africa and the rest of Asia, via a massive network of land and maritime routes. It includes building a series of deepwater ports, dubbed a “string of pearls”, to create secure and efficient sea transport.

All up, the cost of investments associated with the project have been estimated at as much as US$8 trillion. But what about the environmental cost?

Coastal development typically damages habitats and species on land and in the sea. So the Belt and Road plan may irreversibly damage the world’s oceans – but it also offers a chance to better protect them. 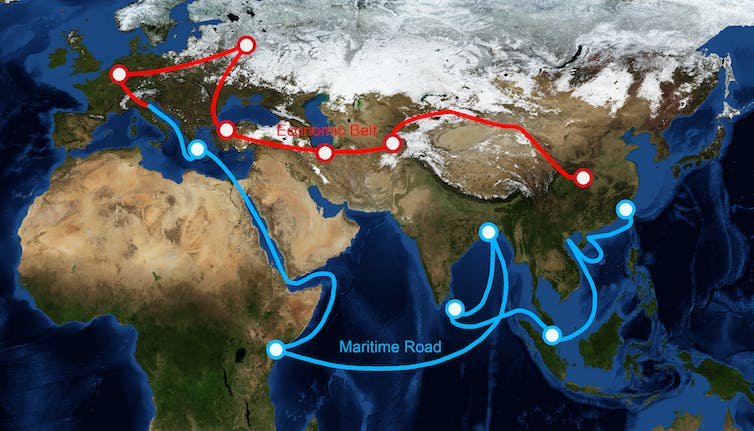 A map showing sea and land routes planned under the Belt and Road initiative. Shutterstock

China’s President Xi Jinping announced the Belt and Road initiative in 2013. Since then, China has already helped build and operate at least 42 ports in 34 countries, including in Greece, Sri Lanka and Pakistan. As of October this year, 138 countries had signed onto the plan.

The Victorian government joined in 2018, in a move that stirred political controversy. Those tensions have heightened in recent weeks, as the federal government’s relationship with China deteriorates.

Read more: Why is there so much furore over China's Belt and Road Initiative?

Victorian Premier Daniel Andrews recently reiterated his commitment to the deal, saying: “I think a strong relationship and a strong partnership with China is very, very important.”

However, political leaders signing up to the Belt and Road plan must also consider the potential environmental consequences of the project. 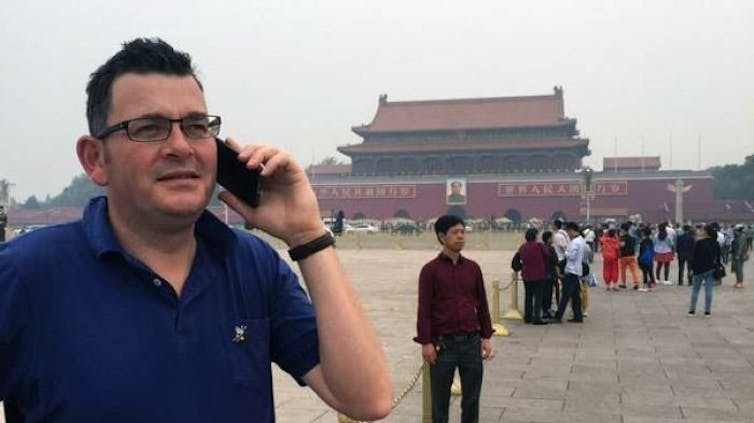 Victorian Premier Daniel Andrews is committed to the Belt and Road initiative. Twitter

As well as ports, the Belt and Road plan involves roads, rail lines, dams, airfields, pipelines, cargo centres and telecommunications systems. Our research has focused specifically on the planned port development and expansion, and increased shipping traffic. We examined how it would affect coastal habitats (such as seagrass, mangroves, and saltmarsh), coral reefs and threatened marine species.

Port construction can impact species and habitats in several ways. For example, developing a site often requires clearing mangroves and other coastal habitats. This can harm animals and release carbon stored by these productive ecosystems, accelerating climate change. Clearing coastal vegetation can also increase run-off of pollution from land into coastal waters.

Read more: Ships moved more than 11 billion tonnes of our stuff around the globe last year, and it’s killing the climate. This week is a chance to change

Ongoing dredging to maintain shipping channels stirs up sediment from the seafloor. This sediment smothers sensitive habitats such as seagrass and coral and damages wildlife, including fishery species on which many coastal communities depend.

A rise in shipping traffic associated with trade expansion increases the risk to animals being directly struck by vessels. More ships also means a greater risk of shipping accidents, such as the oil spill in Mauritius in July this year. 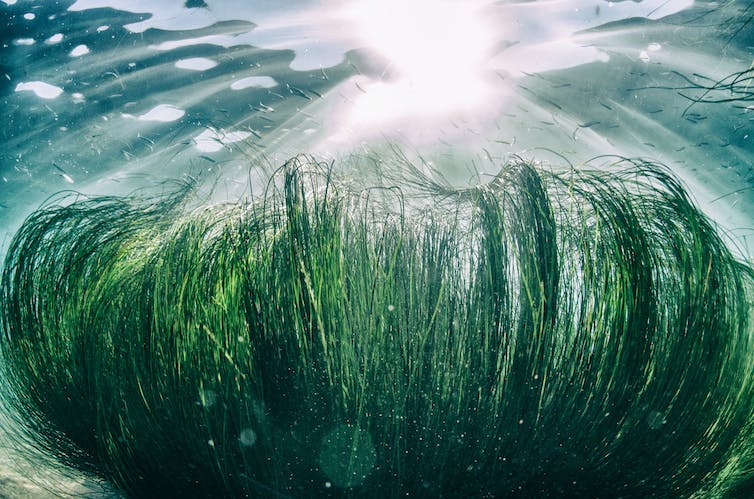 Dredging can cause sediment to smother seagrass. iStock

Our spatial analysis found construction of new ports, and expansion of existing ports, could lead to a loss of coastal marine habitat equivalent in size to 69,500 football fields.

These impacts were proportionally highest in small countries with relatively small coastal areas - places such as Singapore, Togo, Djibouti and Malta - where a considerable share of coastal marine habitat could be degraded or destroyed.

Habitat loss is particularly concerning for small nations where local livelihoods depend on coastal habitats. For example, mangroves, coral reefs, and seagrass protect coasts from storm surges and sea-level rise, and provide nursery habitat for fish and other marine species.

Our analysis also found more than 400 threatened species, including mammals, could be affected by port infrastructure. More than 200 of these are at risk from an increase in shipping traffic and noise pollution from ships. This sound can travel many kilometres and affect the mating, nursing and feeding of species such as dolphins, manatees and whales. 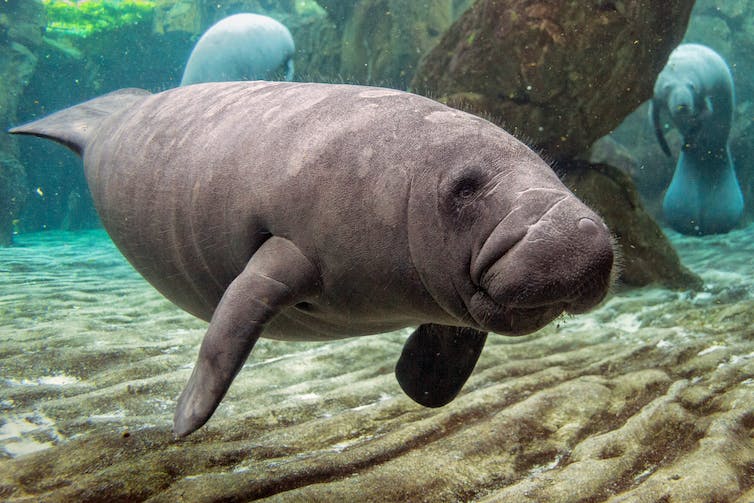 Noise pollution from ships can affect threatened species such as manatees. Shutterstock

But there are opportunities, too

Despite these environmental concerns, the Belt and Road initiative also offers an opportunity to improve biodiversity conservation, and progress towards environmental targets such as the United Nations’ Sustainable Development Goals.

For example, China could implement a broad, consistent environmental framework that ensures individual infrastructure projects are held to the same high standards.

In Australia, legislation helps prevent damage to wildlife from port activities. For example, go-slow zones minimise the likelihood of vessels striking iconic wildlife such as turtles and dugongs. Similarly, protocols for the transport, handling, and export of mineral concentrates and other potentially hazardous materials minimise the risk of pollutants entering waterways.

The Belt and Road initiative should require similar environmental protections across all its partner countries, and provide funding to ensure they are enacted.

China has recently sought to boost its environment credentials on the world stage – such as by adopting a target of net-zero carbon emissions by 2060. The global nature of the Belt and Road initiative means China is in a unique position: it can cause widespread damage, or become an international leader on environmental protection.