Women have had a fraught historical relationship to swearing. Long regarded as guardians of morality and respectability, their use of swear words has been policed and punished in various ways. Yet women have a rich history of using such language as a means of challenging oppression.

These tensions have been evident in Australia since the time of colonisation. Convict women were likely to be labelled as “whores” and “strumpets”. Colonial commentators and figures of authority often questioned the moral character of these women; their use of insulting language was taken as confirmation of immorality.

Yet convict women used such language to mock and defy authority. When one woman in the colony of Sydney was threatened with being flogged for using obscene language towards her master, she replied to his threat using more bad language. 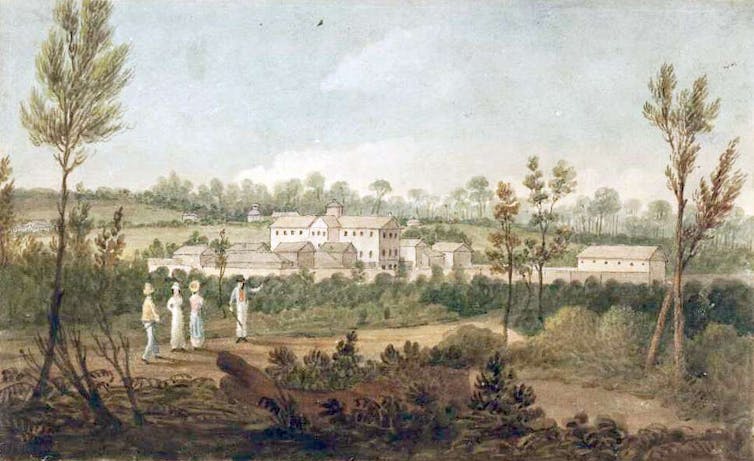 While convicts could be punished for “insolent” language, by the middle of the 19th century, vagrancy laws were used to control the use of “profane” and “obscene” language in public. Colonial newspapers and court records reveal a large number of such cases were brought before police magistrates. And many of those charged were women.

One called her husband a “bloody bugger” while in a pub. Another called her female neighbour “a bloody whore and a bloody bitch”.

While men swore often, women’s bad language was far more likely to be of concern. An 1850 commentary, published in the Moreton Bay Courier, called on husbands to exercise their authority and prevent wives from publicly using “obscene and filthy language”.

Women could also be charged as being “common scolds”, a common-law charge originating in English law often used to control those considered to be “public nuisances”. Colonial newspapers reveal that many of the cases involving these charges were disputes between neighbours.

In 1849, for instance, two women were accused of being common scolds by their neighbours because of their constant quarrelling and use of the “most obscene and blasphemous language”.

A question of class

Women charged with these kinds of offences were predominantly working class. Alana Piper and Victoria Nagy’s study of female prisoners in Australia from 1860 to 1920 reveals the bulk of women’s offences were minor, and included “disorderly, indecent or riotous behaviour” and obscene and abusive language.

Middle-class women’s speech was not publicly policed. It was, rather, contained through the norms of respectability. An 1885 Australian etiquette manual instructed women to avoid “vulgar exclamations”. 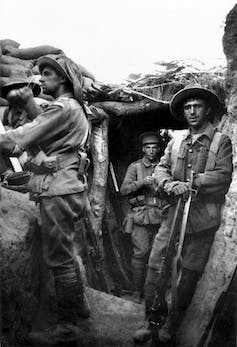 Diggers, seen here in a trench at Lone Pine in 1915, were renowned for their swearing. Wikimedia Commons

Yet popular culture embraced a masculinist mythology of Australian swearing. By the end of the 19th century, swearing could be a source of humour and even seen as something acceptable if used by certain types, such as the bullock driver (notorious for his swearing), and the bushman.

The hard work required of these men excused such language. This justification (and even embrace) of male swearing culminated in the first world war “digger”.

The bad language of the larrikin digger ranged from the more acceptable “bloody” and “bastard” to words such as “bugger” and “fuck”. The Australian soldier was renowned for his swearing as well as his slang.

Read more: From 'Aussies' to 'Whizz-bangs': the language of Anzac

If the first wave of Australian feminists sought to operate from a position of respectability, second wave feminists embraced the possibilities offered by flouting such respectability.

Amid the counterculture of the 1960s and 1970s, and the associated women’s liberation movement, bad language was used to challenge prevailing social and cultural norms. Women such as journalist and activist Wendy Bacon and feminist author and academic Germaine Greer became known for (and even subject to charges for) their bad language. 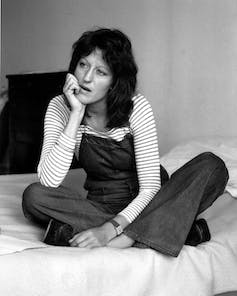 Bacon was charged initially as an editor of an edition of the UNSW magazine Tharunka that had included the poem “Cunt is a Christian word”.

She protested the trial wearing a sign reading, “I have been fucked by God’s steel prick” and was charged for wearing an obscene publication. She was ultimately sentenced to eight days in prison.

Greer was convicted for saying “bullshit” and “fuck” during an Auckland Town Hall meeting in 1972.

But if words such as “fuck” and “cunt” could be used to shock, they were also part of a feminist reclamation as women claimed control over their bodies and their sexuality.

Swearing today can still be seen as more easily claimed by men than women, but this has slowly shifted.

Women comedians, writers, and activists have all played a role in claiming a right to use bad language. For example, women comedians such as Kitty Flanagan and Jane Turner and Gina Riley (best known as Kath and Kim) have made clever use of swearing in their performances.

The use of swearing by women in public has been increasingly normalised. Yet women are still more likely to be judged for swearing, which can still be seen as “unladylike”. And for some, the swear words themselves can be problematic with their references to women’s body parts and objectification of women as sex objects.

Read more: Wordslut: a new book aims to 'verbally smash the patriarchy', but its argument is imprecise

Today, women (and even more so, women of colour) are disproportionately the targets of bad language, slurs, insults, and threats on social media.

If a woman’s swearing can be an act of empowerment, it also continues to risk punishment.