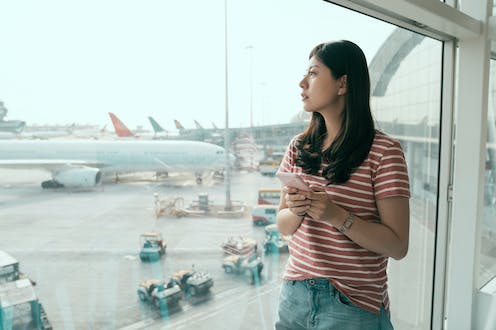 Before the COVID-19 pandemic, about two in every five international students enrolled in Australian higher education institutions were from mainland China. Across the education sector, Chinese students brought in more than $A10 billion a year. During the pandemic, Australian universities have struggled to retain and...

Before the COVID-19 pandemic, about two in every five international students enrolled in Australian higher education institutions were from mainland China. Across the education sector, Chinese students brought in more than $A10 billion a year. During the pandemic, Australian universities have struggled to retain and recruit international students.

The first returning students are due to fly out under a pilot scheme this weekend, arriving in Darwin on Monday. But numbers are very limited due to quarantine requirements.

Read more: COVID to halve international student numbers in Australia by mid-2021 – it's not just unis that will feel their loss

Pilot schemes to bring back small numbers of international students to Darwin, Adelaide and Canberra were announced months ago. However, with priority being given to quarantining returning Australians, the students’ return was delayed.

Australian universities also have other challenges to overcome.

The unravelling relations between Australia and China, if not managed well, may cast a dark shadow over educational exchanges.

Besides, Australia’s pilot plans are small in scale and slow in pace compared to its competitors. British universities such as Queens University Belfast and the University of Manchester have chartered flights to bring students from China back to campus. Canada re-opened its border to all international students on October 20.

Read more: Coronavirus: how likely are international university students to choose Australia over the UK, US and Canada?

The Australian government and higher education sector must be more proactive to remain competitive in international education. Based on my experience as a teacher and researcher of Chinese international students, five approaches are worth considering.

Treat those who are here better

Perhaps somewhat counter-intuitively, a majority of Australia’s international students remain onshore. The most direct and probably most efficient measure to attract more of these students is to treat those who are already here better.

Universities also have professional and moral obligations to look after students who could not return home to their loved ones. Many are far away from their support networks and unfamiliar with support arrangements in Australia.

Australia is very different from their home country in language, culture, values, governance and politics. COVID amplified the culture shocks and psychological pressures.

Despite being unable to travel due to border closures, international students know and often compare how different countries are treating them. Their opinions, based on first-hand experience, can influence decisions on studying abroad by friends and relatives back home as well as members of their social networks. 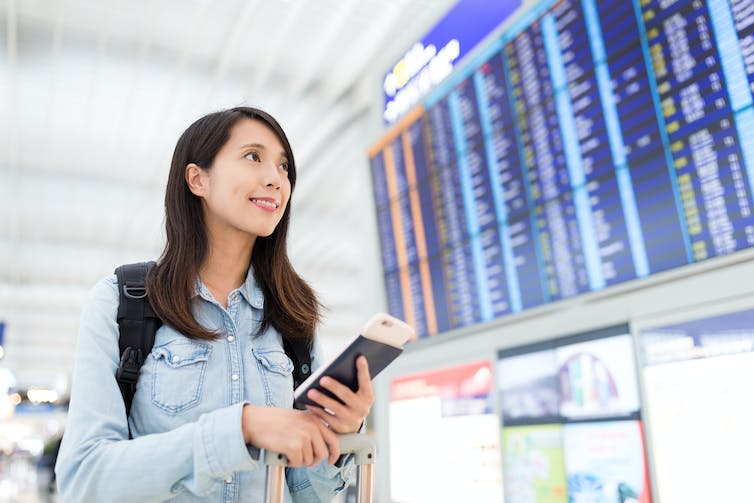 Students have many international education destinations to choose from. leungchopan/Shutterstock

Read more: 4 out of 5 international students are still in Australia – how we treat them will have consequences

According to my Chinese international students onshore, fee reductions, personalised care, Chinese-language support services and internship and work opportunities are among the best ways to win them over.

Integrate all students in virtual communities

It’s unlikely students now in China will be allowed to enter Australia en masse any time soon. Many universities continue educating these students through remote teaching and learning activities. However, as one Chinese international student said, her friend in China who attends classes on Zoom “constantly feels lost” due to the “lack of personal experiences [of Australia]”.

Universities need to do much more than providing extra study materials to download. To keep offshore students engaged, universities must ensure they remain full members of the class despite their physical absence. Ways to do this include deliberately mixing them with onshore students for peer mentoring and collective assignments.

Read more: Our unis do need international students and must choose between the high and low roads

Remote education, if well designed, can keep some offshore students enrolled. However, as Monash University vice-chancellor Margaret Gardner points out, teaching online is “a stopgap, not a solution”, because students don’t “have the full experience”.

And students’ inability to travel is a source of pressure and anxiety.

Considering that both Australia and China have largely controlled the virus, the time is ripe for planning a “travel bubble”. Making travel between the countries easier could win the favour of many Chinese students.

Prime Minister Scott Morrison’s “go home” message to international students in early April was widely regarded as selfish and unsympathetic in Chinese social media. The damaging effect of such remarks can outweigh other messages of solidarity with these students.

The government’s decision in August to revoke the visas of two leading Australian studies experts from China also shocked many Chinese-born academics and students in Australia. The lack of information, beyond citing security concerns, left room for speculation about whether broader anti-China politics was involved.

Chinese students will only enrol in Australian universities if they and their parents consider the country safe and comfortable to study and live. For Australia to remain a desired study destination, the government needs to send clear and consistent signals.

Multiculturalism is one of Australia’s finest achievements. Unfortunately, the pandemic has surfaced a degree of exclusion and racism towards temporary visa holders, including international students. Anti-Chinese incidents prompted the Chinese government to warn in June against studying in Australia.

Some Chinese students defended Australia as a safe and desirable study destination. Still, many reported they would consider their government’s warning.

Read more: Students in China heed their government's warnings against studying in Australia

Chinese-born communities, including international students, have greatly enriched the diversity of Australian society. Yet many policymakers and educators have long framed the need to engage with Asia and China along utilitarian lines such as creating jobs or bringing in money.

These discourses may unintentionally create a status of otherness for Australia’s Chinese-born communities. Many of my students have told me they believe the universities see them as cash cows. They, in turn, consider themselves more as customers than learners.

To get ahead in the increasingly competitive global education market, Australia should integrate international students more meaningfully into its society. Ultimately, making these students feel proud of their contribution to Australian multiculturalism is probably the most sustainable way to strengthen their bonds with their host country.

This article has been edited to clarify that the $10 billion contribution to the economy of Chinese international students is across the education sector.