Antarctica Day celebrates the icy continent and its unique governance system. It’s the anniversary of the Antarctic Treaty’s adoption on December 1 1959. Framed in a spirit of global co-operation, the treaty acknowledges Antarctica does not belong to any one country. Article IV states:

In practice the region is the subject of intense commercial and geopolitical interest. Our work over the past four years has made clear the benefits of developing strategies to foster international co-operation among the five so-called Antarctic “gateway” cities rather than international competition.

Read more: Five cities that could change the future of Antarctica

These five cities on the Southern Ocean rim — Cape Town, Christchurch, Hobart, Punta Arenas and Ushuaia — share a unique interest in Antarctica and an opportunity to shape its future. 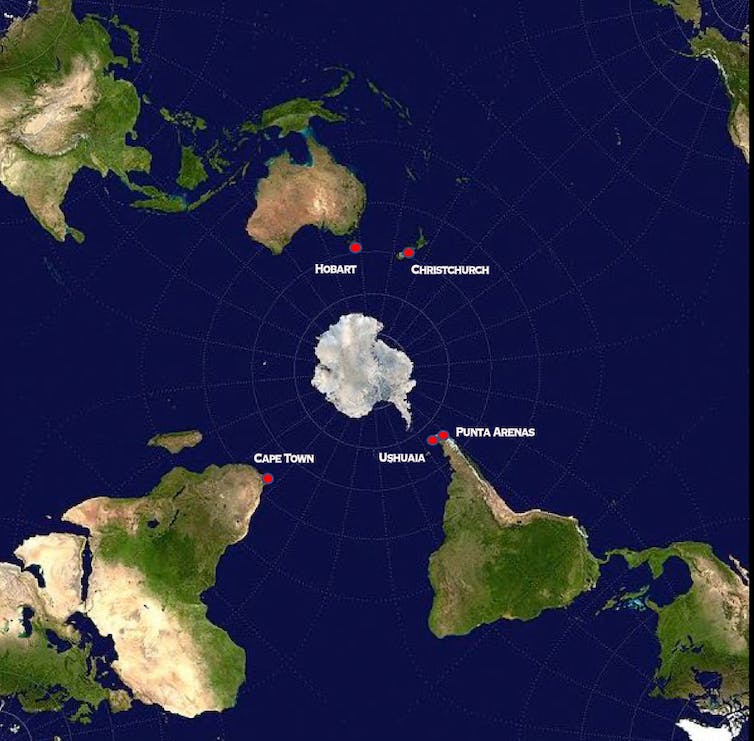 How do their residents feel about Antarctica?

Our survey of 1,659 residents of these cities in July this year found they care deeply about the icy continent. Overall, and for many particular groups, environmental care greatly outweighs economic interests. Many residents express hope that this care might translate into more protective policies and action.

However, emotions were mixed, with pessimism and sadness also common responses. When we asked people how they feel about “the future of Antarctica in the next 20 years”, “hope” took first place, followed closely by “pessimism” and “sadness”.

The survey is part of the Antarctic Cities Project, which finishes this month. For the past four years an international team of researchers, city officials, national Antarctic programs and youth groups have worked together to develop a framework to strengthen Antarctic connections and a sense of guardianship for the continent. The framework encompasses the cities’ own urban sustainability strategies within a wider concern for the planet.

Our work focuses on shifting from the limited idea of “gateway” to this broader sense of becoming Antarctic “custodial cities”.

Our online survey of the cities’ residents over the age of 18 asked:

We posed the question: “Why is it important for your city to develop an identity in relation to Antarctica?” The response “it drives us to take care of the environment” was most common (57%) across all five cities. Other responses included:

Caring for the environment was the most selected option for all ages. Women felt this particularly strongly. Men favoured the more economically oriented options, “it generates more jobs” and “it attracts more tourists”.

Women and people between the ages of 31 and 40 reported higher levels of “hope” and lower levels of “indifference”. Indifference was higher among people between 18 and 30, reaching 16.42%. In this age group, and with men overall, “pessimism” significantly outweighed “hope”. Punta Arenas and Ushuaia residents expressed more “hope” than in other cities.

Young people’s expressions of pessimism and indifference bear witness to the urgent work of reforming our relationship to the Antarctic region. They will be the beneficiaries, and increasingly the drivers, of this reform.

A decade of co-operative custodianship

The cities first came together with the 2009 signing in Christchurch of a statement of intent to promote peaceful co-operation. Though it expired 18 months later, various city and national government policies have reinforced the five cities’ “Antarctic gateway” status. They have put forward visions for enhancing and capitalising on their Antarctic identities, a key part of their relationship to the world.

In an example of action at a local level, the City of Christchurch is moving towards a custodianship model by basing its 2018 Antarctic strategy on two key principles:

Read more: Non-human Democracy: in the Anthropocene, it cannot be all about us

In coming together, the five cities are showing they can play an important role in defining how Antarctica is imagined, how discourse is framed and how the continent is vicariously experienced.

The Antarctic Cities Project has created an interlinked network of organisations that can learn from and benefit each other. This network of local government, national Antarctic programs, youth groups and polar organisations has produced Antarctic Futures, an educational online serious game.

The network also founded the Antarctic Youth Coalition. It was launched in February 2020 during an expedition to Antarctica with the Chilean Antarctic Institute.

Five young leaders from each of the cities steer the coalition. This year they put together an online Antarctica Day Festival to celebrate and learn more about the ongoing importance of this polar region. 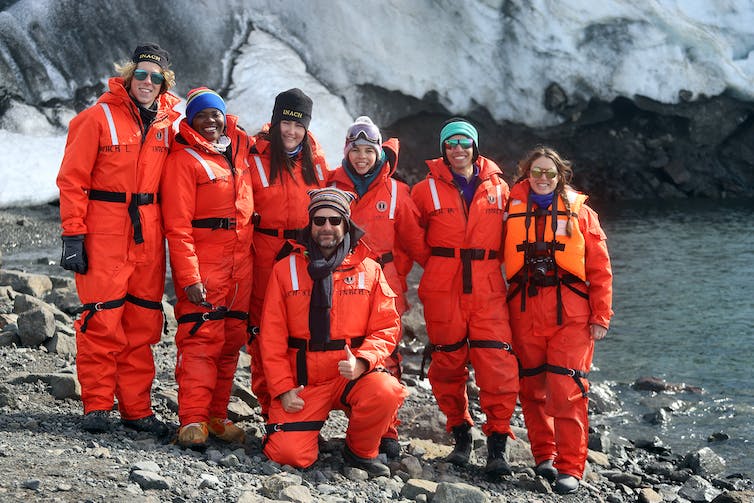 During 2020 we began work on a Charter of Principles for Antarctic Cities in collaboration with the Hobart and Christchurch city councils. It draws from Christchurch’s 2018 Antarctic Gateway Strategy and the 2017 Tasmanian Antarctic Gateway Strategy. This charter will guide sustainable urban practice and embrace Antarctica’s significance to the economies of these cities while charting ways forward for sustainable development.

The charter aims to celebrate the unique polar heritage of these cities and emphasises the crucial role of youth organisations for engaging with the future of Antarctica. And it acknowledges that human connections with Antarctica extend well beyond the last two centuries, embracing Indigenous conceptions of caring for Country, both land and water.

In the Anthropocene, global public consciousness of, and responsibility for, the icy continent in a time of climate change is increasing. These cities’ relationship with the region to their south and to each other is a valuable part of their urban identity and Antarctica’s future – something worth celebrating on Antarctica Day.

Read more: New research shows the South Pole is warming faster than the rest of the world