In recent days, the issue of government accountability was brought into sharp focus — again — when NSW Premier Gladys Berejiklian admitted that community grants awarded primarily to councils in Coalition seats ahead of the 2019 state election was pork barrelling.

In defence, she said the practice of pork barrelling was “rightly or wrongly” normal and wasn’t illegal, and that governments of all colours engage in election spending in order “to curry favour” with the electorate.

When the premier of NSW uses as a standard of integrity that pork barrelling is “not against the law”, she shows contempt for democratic conventions and a U-turn from the views she expressed in February 2019 when introducing measures to strengthen integrity in government.

These measures included a revised code of conduct for ministers and a stern reminder to politicians that they “always remain accountable to the community”.

Ministers were once held to a higher standard

In the 1960s, the eminent scholar Roger Wettenhall argued ministers were accountable for all that occurred within their departments.

This was a recognition that even if ministerial action was not directly responsible for errors, ministers were nonetheless accountable for them. In the most serious cases, there was an expectation that ministers should resign, though in reality, few ever did.

Read more: As the government drags its heels, a better model for a federal integrity commission has emerged

Ministers are not just accountable for significant errors made within their departments, but also for behaviours deemed contrary to their ministerial code of conduct. Again, conventions hold that ministers should resign if their actions are deemed dishonest, were intended to mislead parliament or the public, or brought the government into disrepute. 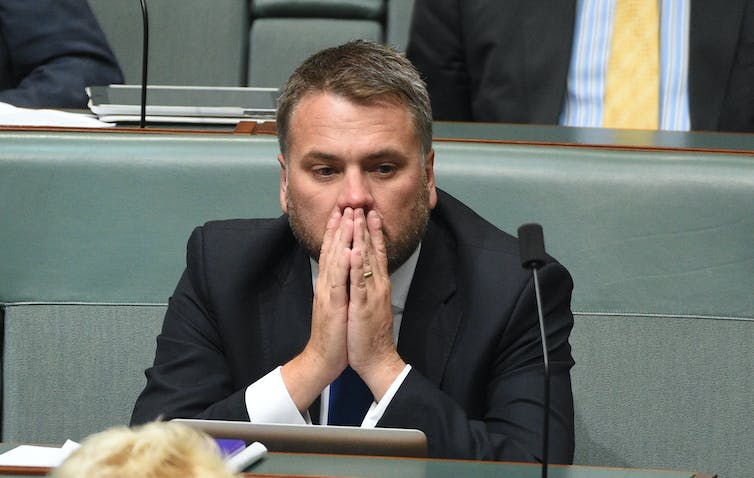 Briggs resigned as a minister in the Turnbull government over an incident in a Hong Kong bar involving a female public servant. MICK TSIKAS/AAP

How ministers today have dealt with scandal

But fast forward to today, and neither Richard Colbeck nor Stuart Robert have resigned over major blunders within their ministries related to aged care and the “robodebt” scandal, respectively.

This begs the question why Prime Minister Scott Morrison did not deem it sufficiently important to exact accountability from his ministers for their major mistakes, especially when these two cases cost more than a billion dollars of public funds.

It also remains unclear why minister Angus Taylor, who sent a letter to the lord mayor of Sydney making false accusations about the Sydney City Council’s travel expenses, was not asked to resign. 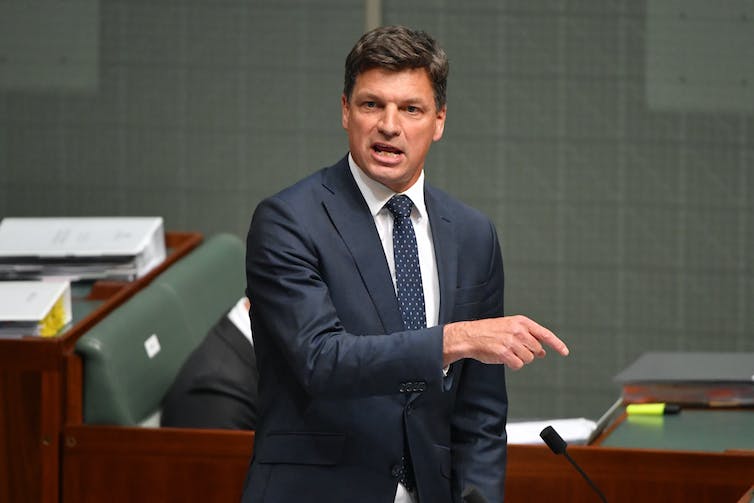 Taylor was forced to apologise after the figures in his letter were proved incorrect. He says he now considers the matter ‘finalised’. MICK TSIKAS/AAP

Similarly, the personal conduct of ministers Alan Tudge and Christian Porter has come under scrutiny thanks to an ABC Four Corners investigation, but has been dismissed by Morrison on the basis their alleged actions occurred during the watch of the previous prime minister.

And on numerous occasions, the travel allowances for ministers and MPs have been challenged, without serious repercussions. The current federal ministerial code of conduct spells out clearly that such indiscretions are not acceptable.

Read more: What's in the 'public interest'? Why the ABC is right to cover allegations of inappropriate ministerial conduct

This brings us back to the issue of pork barrelling. At the federal level, minister Bridget McKenzie did resign this year over the “sports rorts” affair. The code of conduct provides that ministers allocate the funds available to them in “the public interest”. McKenzie’s view that the public interest was the same as her party’s interest was unacceptable.

This scandal has parallels with an earlier “sports rorts affair” that cost Labor minister Ros Kelly her position in 1994, as well as with the current NSW local government grants scheme with its shredded papers.

Rather than accept their accountability like McKenzie and Kelly, Berejiklian is maintaining that pork barrelling is common practice — an opinion that might well be contested by parliament and the community. 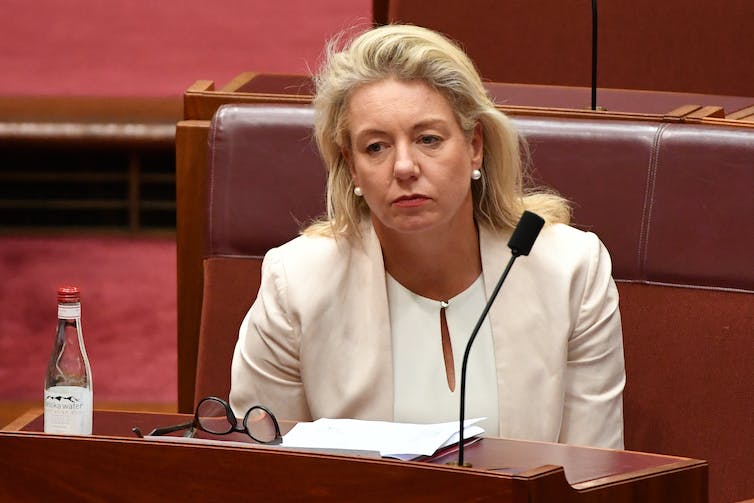 McKenzie resigned from Morrison’s ministry in February over her role in the sports rorts affair. MICK TSIKAS/AAP

Have politicians been emboldened by their COVID successes?

Why, then, are so many current politicians willing to dodge taking accountability for their actions? The easy answer is because they can.

After all, the government conventions around accountability have no legal force. They have merely been “honoured” by politicians as part of our democratic culture – as sociologist Edgar Schein suggests, it is “the way we do things around here”.

Read more: The long history of political corruption in NSW — and the downfall of MPs, ministers and premiers

It seems current politicians are re-setting this democratic culture and the conventions that go along with it. Modern politicians are now very savvy in managing the press, and deft at reframing issues to their advantage.

Berejiklian gave a master class in this when she was confronted with accusations of failing to disclose an intimate relationship with disgraced former MP Daryl Maguire.

She reframed the issue as a personal one, in which she had been swept along by a romantic attachment. She argues, probably correctly, that she did nothing that was illegal. However, her actions were highly questionable from an ethical point of view. 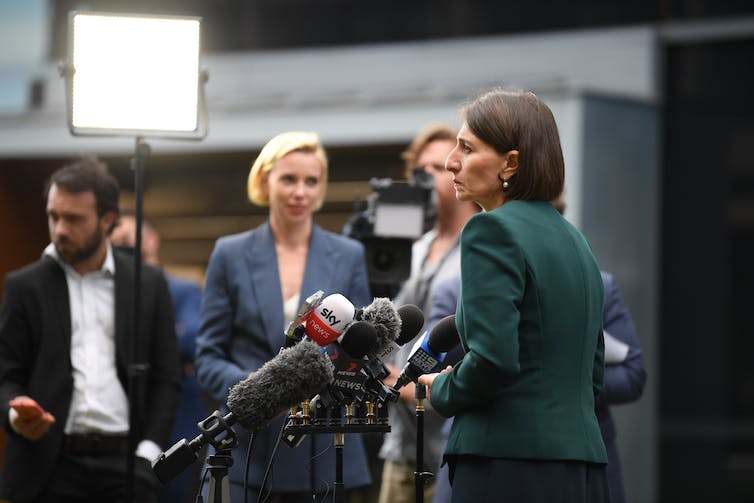 Berejiklian has been under intense scrutiny since revealing her relationship with Maguire in October. DEAN LEWINS/AAP

Perhaps our current federal and NSW leaders have been emboldened by their successes in responding to the pandemic and are counting on this to defuse criticisms of their actions. They likely believe that issues of accountability — at least in the public mind — might pale in relation to the “big” issues of bushfires and COVID-19.

As such, ignoring accountability is seen as merely a small peccadillo.

Independents may be the key

In the broader context, voters have shown they are more willing to elect local independents, such as Helen Haines, Rebekha Sharkie and Zali Steggall at the federal level and Roy Butler, Joe McGirr and Helen Dalton in NSW, who are not seen to be in the mould of other politicians.

There is clearly a move towards candidates who place a very high value on conventional values, such as representation and integrity. And it is these members who may act as circuit breakers to stop the further corrosion of democratic conventions in our governments.

Simon Longstaff, executive director of The Ethics Centre, summed this up well when he noted

If the major parties continue to ignore accountability, perhaps the election of independents and minor parties will provide the stimulus for truth to power.