This week, the US Congress will put the finishing touches to the chaotic, protracted 2020 US presidential election.

A joint session of the House and Senate will assemble at 1pm on January 6 (5am AEDT/7am NZDT on January 7) as the votes cast by the 538-member Electoral College following the November election are opened, counted and certified. The president of the Senate (who also happens to be Vice President Mike Pence) will then finally declare the winner.

Usually, this process generates very little public attention because it is essentially just a formal ratification of an outcome the American public has known for almost two months. 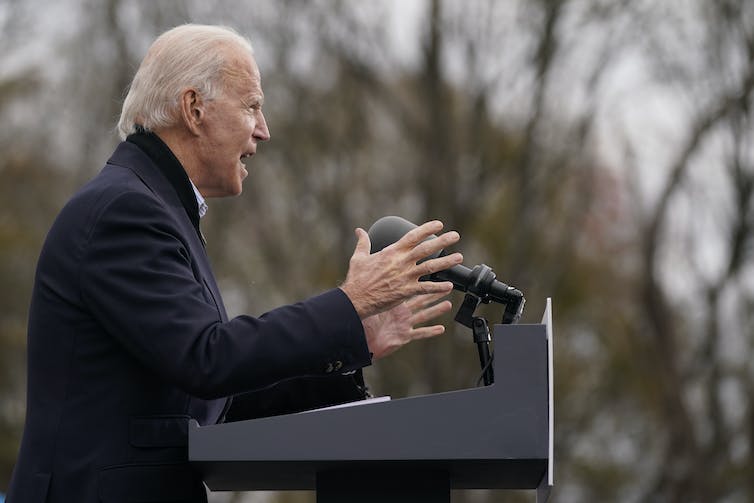 Biden’s victory in the November election will be challenged yet again. Patrick Semansky/AP

But this year will be different because a small group of President Donald Trump’s surrogates in the House and Senate have indicated they will challenge the certification and votes of the electors in what will be a futile attempt to delay the announcement of Democrat Joe Biden’s victory.

According to a statement by the senators leading the effort,

Congress should immediately appoint an Electoral Commission, with full investigatory and fact-finding authority, to conduct an emergency 10-day audit of the election returns in the disputed states.

Once completed, individual states would evaluate the commission’s findings and could convene a special legislative session to certify a change in their vote, if needed.

The move by this small group of Republican lawmakers is almost sure to fail since the Democratic majority in the House will reject the challenges, and a fair number of Republicans have said they would vote against them, too.

At most, this last-ditch attempt to overturn the election result, based on Trump’s baseless claims of voter fraud, will only delay the inevitable. This could take anywhere from a few hours to a day or so, depending on how many separate challenges are made.

How the process will play out

The procedure for dealing with these challenges is based on the Electoral Count Act of 1887.

This is how the drama will unfold. When Pence announces the electoral vote tally from each state, he will call for any objections. According to federal law, the objection must be made in writing and

shall state clearly and concisely, and without argument, the ground thereof, and shall be signed by at least one senator and one member of the House of Representatives.

Under the law, Congress can only reject electoral votes that have not been “regularly given”, but both the House and Senate must agree to do so. Congress doesn’t have the power to replace a state’s electors.

Read more: How is the American President elected?

The challenges are expected to come against Biden victories in as many as five so-called “battleground” states: Arizona, Georgia, Michigan, Pennsylvania and Wisconsin.

The Republican rebels leading the charge against the election result know the numbers are not in their favour. As the senators note in their statement,

We are not naïve. We fully expect most if not all Democrats, and perhaps more than a few Republicans, to vote otherwise.

And despite Trump’s tweet declaring the “vice president has the power to reject fraudulently chosen electors”, the reality is, Pence doesn’t. A federal judge rejected a lawsuit last week seeking to pressure Pence to do just that. 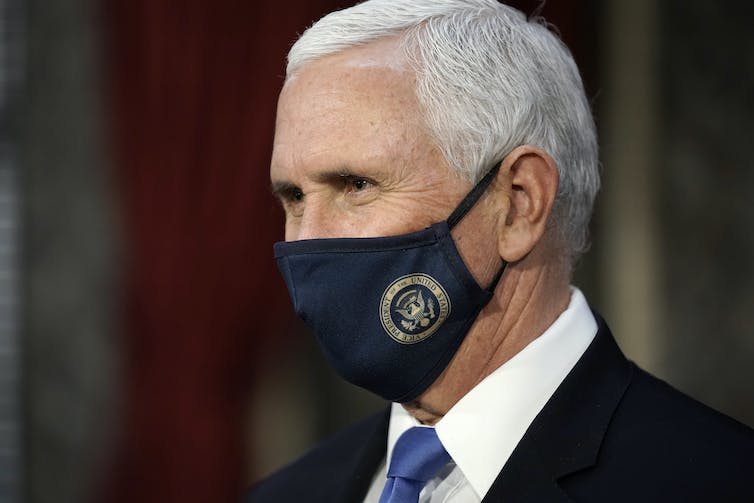 Trump said of Pence this week: ‘I hope [he] comes through for us’. Scott Applewhite/POOL/EPA

The damage that has been done

The motivations behind the Republican challengers are not entirely clear, though some believe they are thinking only of their own political futures, including a potential run for the 2024 presidential nomination.

However, what is clear is this will be the final legal attempt to undermine the integrity of the 2020 election — since there is still no substantial evidence of fraud, corruption, rigged voting machines or any other misconduct that Trump and his surrogates have alleged.

Read more: Even if Biden has a likely win, leading a deeply divided nation will be difficult

It may take some time, but the 306 electoral votes won by Biden on election day will eventually be deemed to be “regular” — to use the official term. And Biden and Vice President-elect Kamala Harris will be sworn into office at noon on January 20, regardless of whether Trump continues to object.

But the cost of these actions will be immense. The cumulative effect of over 50 misguided court cases at the state and federal level, the failed attempts to persuade Republican-controlled state legislatures to overturn their states’ electoral votes, and the latest effort to pressure the secretary of state of Georgia to conjure up 11,780 more votes for Trump, have damaged the electoral process and American democracy itself. 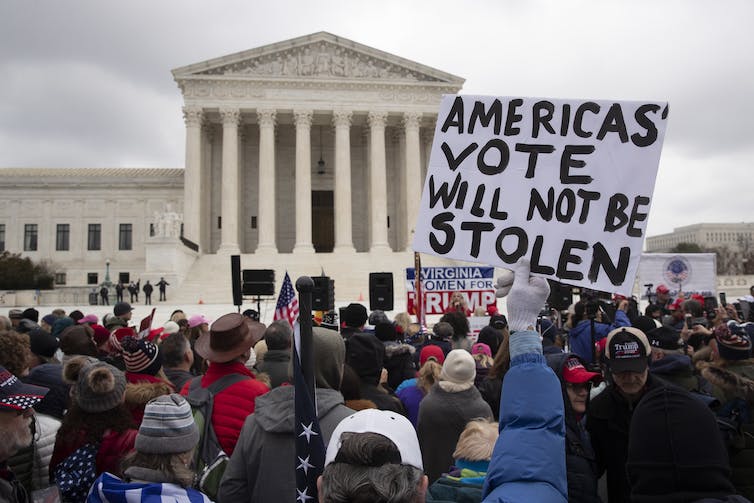 Moreover, the willingness of Republican lawmakers in Congress to continue to back Trump’s ineffectual efforts to overturn the results of an election — without any evidence of wrongdoing or hopes of succeeding — only compounds the damage further.

It is, as Republican Senator Ben Sasse said in opposing the electoral vote challenge by his own colleagues,

designed to disenfranchise millions of Americans simply because they voted for someone in a different party.