Academics are increasingly expected to share their research widely beyond academia. However, our recent study of academics in Australia and Japan suggests Australian universities are still very much focused on supporting the production of scholarly outputs. They offer relatively limited support for researchers’ efforts to engage with the many non-academics who can benefit from our research.

One reason engagement is expected is that government, industry and philanthropic sources fund research. And when academics share their research with the public, industry and policymakers, this engagement is good for the university’s reputation. It can also lead to other benefits such as research funding.

Read more: Who cares about university research? The answer depends on its impacts

But the work involved in sharing our ideas beyond academia can be diverse and substantial. For example, when we write for The Conversation, it takes time to find credible sources, adopt an appropriate tone, communicate often complex ideas simply and clearly, and respond to editor feedback. We also need to be able to speak to the media about our findings, and respond to public comments when the piece comes out.

Unis don’t allow for the time it takes

However, as one respondent said in explaining why they were not sharing research with end users beyond academia:

Sharing our findings beyond academia isn’t typically seen as part of our academic workload. This is problematic for academics who are already struggling to find time to do all the things their complex workload requires of them. 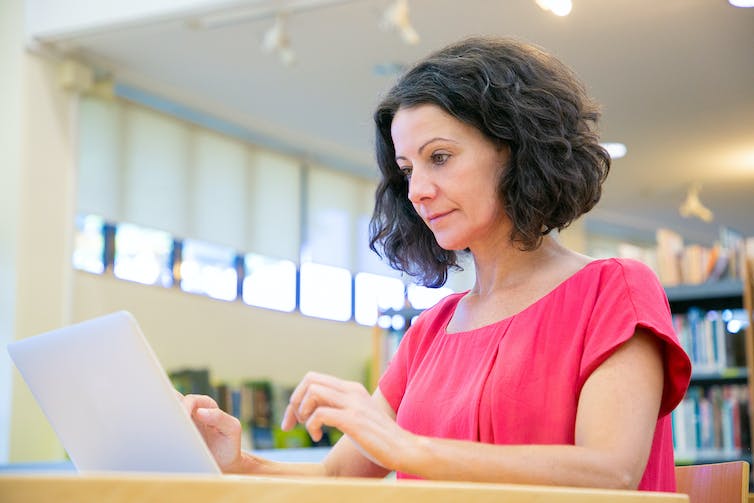 It takes to write an article or engage with non-academics in other ways, but universities typically don’t treat this work as an integral part of academic duties. Mangostar/Shutterstock

In our research, time and workload constraints were the most often-cited barriers to sharing research beyond academia. One respondent said they saw lots of opportunities to build partnerships with practitioners in their field, but added:

[I] just cannot do that, because I’m doing other things that, in my work, are a priority.

When we spend our time sharing our research with academic readers through journal articles, conference papers and academic books, our employers clearly value and expect these scholarly publications. These works, and how the scholarly community receives them, have more weight in evaluation of our performance. Last year an Australian academic nearly lost her job for failing to meet a target for scholarly publications.

Read more: What are universities for? If mainly teaching, can they sack academics for not meeting research targets?

Our research found Japan-based academics feel a greater weight of expectations than their Australian counterparts to engage with diverse audiences beyond academia. Universities clearly expect this engagement. Yet they often don’t back it up with support such as workload recognition, resourcing and training.

Universities need to offer better support if they wish to increase academics’ engagement with diverse audiences. They should also consider both the benefits and risks of this engagement.

The academics we spoke with valued the benefits of engaging with diverse audiences. They were pleased to see others putting their research to use. Sharing research often helped to secure funding.

They also saw engagement as an opportunity to learn from end users. This helped ensure their research was responding to real-world needs.

Even very early in their careers, many researchers look to engage with audiences beyond academia. In previous research, we found doctoral candidates may opt for a thesis by publication rather than a traditional thesis approach due to their desire to share findings. 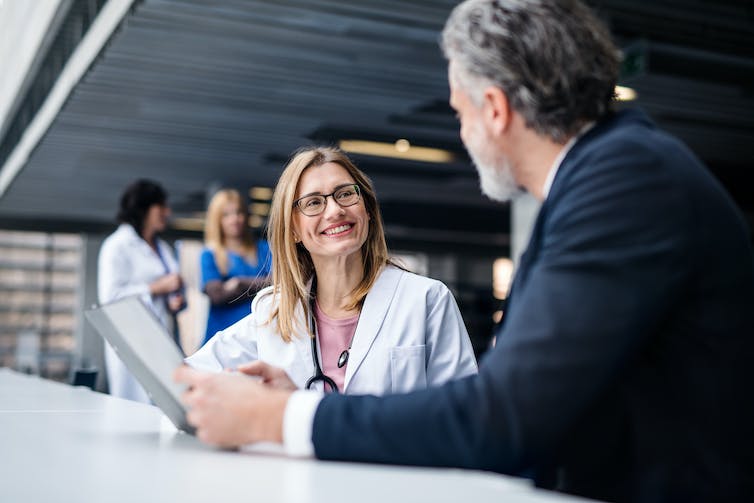 Engaging with the end users of their research provides valuable feedback for academics. Halfpoint/Shutterstock

Read more: When measuring research, we must remember that 'engagement' and 'impact' are not the same thing

What other problems do researchers face?

The early-career researchers we interviewed noted other barriers and risks in sharing their work with diverse audiences. Universities often did not help with these issues.

They described communication skill gaps when seeking to tailor research content for diverse audiences. For example, the way research is communicated to industry experts needs to be different to how it is shared with governments or the general public.

Researchers may need to learn to communicate their ideas in many different forms. They may have to be skilled in producing industry reports, doing television or radio interviews or presenting their findings in professional forums.

Some encountered frustrations when sharing research via the bureaucratic processes of government. For example, a respondent explained:

There’s still that much back and forth because there’s three or four different government departments that are involved in the process and it goes to different people. Some people don’t want it to be changed because they’re vested in the old way of doing things, and then they’ve got to bring ministers up to speed, and then all of a sudden you’re got a new state government that comes in, so that all changes.

Many felt unprepared to deal with the media.

One respondent described being cautious about overstating the impact of their research. In their field, they saw messages claiming: “This is the be all and end all. This will cure cancer.” They were “wary of accidentally going down that path and making a claim bigger than is true”.

What can universities do?

For respondents in both Australia and Japan, demanding and diverse workloads crowded out opportunities to share findings. Universities cannot just expect engagement responsibilities to be absorbed into an already swollen workload.

Read more: After coronavirus, universities must collaborate with communities to support social transition

If universities are serious about supporting the sharing of research beyond academia, they need to recognise these contributions in meaningful ways. For example, Australian academics usually must meet teaching, research and service requirements in their workloads. If sharing research with audiences beyond academia were counted toward service, academics could have this work properly taken into account in performance management and when seeking promotion.

Universities can do better at supporting academics to share their research with the public, industry and government. Improving access to training and mentoring to communicate research findings both in academia and beyond would be an important step forward.