In this series, writers pay tribute to fictional detectives on the page and on screen.

When I first heard that Rowan Atkinson was to put on Maigret’s velvet-collared overcoat, I wondered if it was une farce. Johnny English in the role of Paris’s best-known detective, a bulky, stocky and rather taciturn policeman! What a terrible miscast, I thought.

When I watched the film, I was expecting at any time for Mr Bean to take over – sticking out his tongue or exploding his pipe. 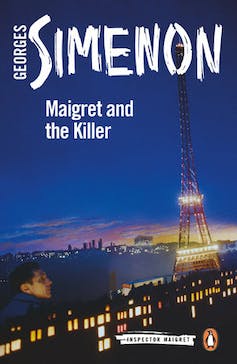 Penguin I grew up with Maigret, Georges Simenon’s character. I was introduced to him via television, with actors such as Jean Richard or Bruno Cremer. Then I hungrily read his books. Not all of them – the writing of the Maigret saga extends over more than 40 years, presenting the commissaire in 103 novels and short stories, swiftly translated into 41 languages. Prolific and ambitious A prolific writer, Simenon published on average six novels per year. He could write a book in 11 days: eight days for the composition and three for the correction. (Simenon, prolific in more ways than one, claimed to have slept with more than 10,000 women.) Simenon wrote accessible texts, with short sentences and simple vocabulary. He explained in a 1975 interview: It is better to use as few words as possible and especially as few abstract words as possible. 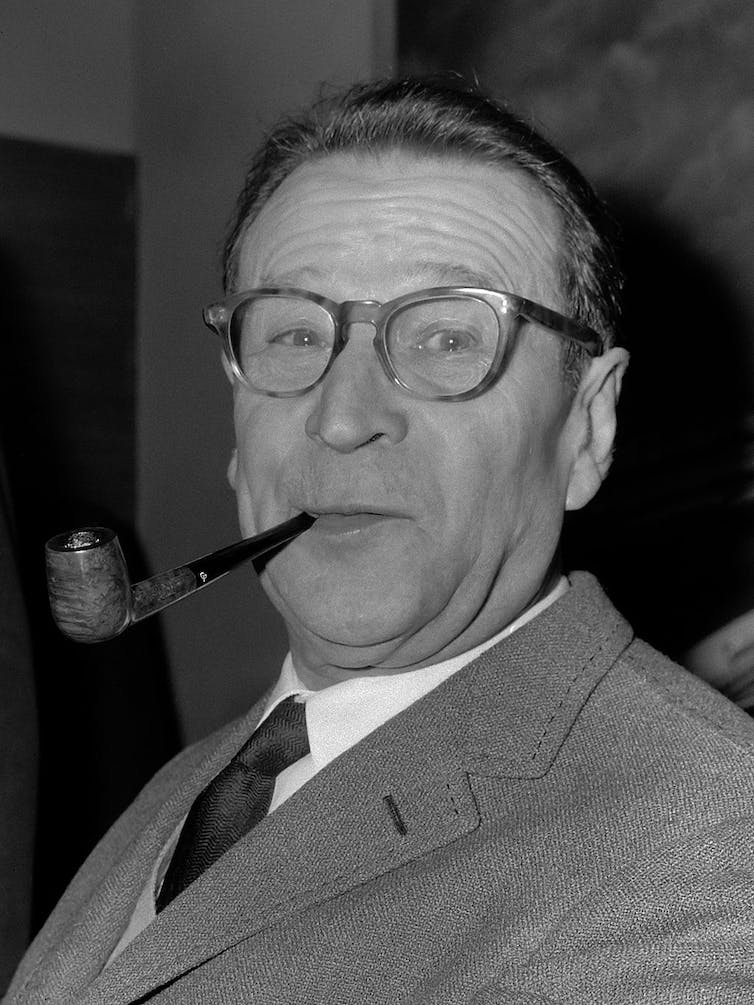 French author Georges Simenon in 1965. Jac. de Nijs/Nationaal Archief/Wikimedia Commons, CC BY-SA He employed a classic trick to catch the reader: stopping a chapter in the middle of the action, to keep them reading the following chapter. Born in 1903, Simenon died more than 30 years ago, but his books are still selling. He started as a journalist in 1930s Belgium and wrote pulp fiction. Then the Maigret books became a bridge between popular potboilers and the more serious books he aspired to write, what he called his romans durs, or hard novels. He was mentored by French author and trailblazer Colette. André Gide was a lifelong fan, as were William Faulkner and Muriel Spark. All up, he wrote nearly 200 novels, over 150 novellas, autobiographical works, articles, in addition to his early pulp fiction under pseudonyms. Roughly 550 million copies of his works have been printed. Read more: Friday essay: the meaning of food in crime fiction An intuitive investigator “Comprendre et ne pas juger” (understand and judge not), was said to be Simenon’s motto. Accordingly, he built his oeuvre around psychological investigations. The motto can be applied as well to his detective hero. Biographer Lucille Becker notes Simenon writes “impressionistic notations of subtle psychological states, sensory impressions, and minute details of everyday life”. Sucking on his pipe, Maigret observes from a distance, inhaling the soul of people and places. Then he slowly closes in. He does not use forensic science and is more intuitive than procedural — to the disappointment of a Scotland Yard detective wanting to study “Maigret’s methods”. “Je pense si peu vous savez,” he confesses, meaning “I think so little”. When he is ready to confront the killer, he invites them to his office at the Police judiciaire, 36 quai des Orfèvres and prepares six pipes which he aligns on his desk in preparation for a long exposition. While Penguin Classics just finished the six-year project to reissue the Maigret series in its entirety — all fresh new translations — radio plays and comics continue to promote the investigations of the legendary sleuth. No sign of Mr Bean in Rowan Atkinson’s Maigret.The movie industry from the start was interested — with directors such as Jean Renoir or Claude Autant-Lara, and actors such as Jean Gabin and Brigitte Bardot involved. But it is in television that Maigret gives the best of himself, in a “happy alliance between genre and medium” writes academic Barbara Stone. In France as well as in UK, Italy or Germany, and Japan, the Maigret series are successful. Actors Jean Richard (92 episodes), Bruno Cremer (54 episodes), Michael Gambon (12 episodes), Rupert Davies (52 episodes), Jan Teulings (12 episodes), Gino Cervi (16 episodes), Kinya Aikawa (25 episodes), and even Rowan Atkinson (4 episodes) have introduced the audience to the guilty secrets of Paris and small-town France. Read more: My favourite detective: why Vera is so much more than a hat, mac and attitude So Frenchy, so simple Screen adaptations rarely modernise the setting. Apart from the French director Claude Barma who translated Maigret in the contemporary 1970s, they offer period pieces of picturesque nostalgia set in the 1950s. Simenon’s world “of second-class hotels and third-class railway carriages, of drifters, bargemen, tarts and luckless creditors” is rendered in a misty and gloomy atmosphere where ambiguity reigns. 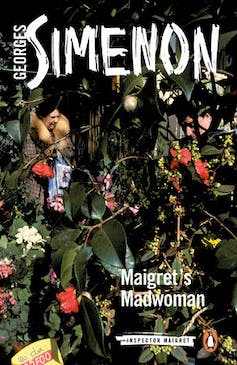 Penguin Maigret shifts chameleon-like between a broad range of social groups. A defender of bourgeois values, he acts as a mediator and arbitrator between conflicting social classes. Social criticism however is limited to individual cases and Maigret demonstrates a real empathy for the victim and for the petites gens (small people). That’s why Maigret is still relevant today. Writer and critic Ian Thomson positions him as the “archetypal fictional detective of the 20th century and a template for Inspector Morse, Kurt Wallander and any pensive sloggers on the beat”. Read more: My favourite detective: Kurt Wallander — too grumpy to like, relatable enough to get under your skin Maigret has an avuncular role as patron to his underlings, is a good husband to Madame Maigret and enjoys a beer with his preferred meal, veal stew, at the Brasserie Dauphine. Nothing flamboyant or exuberant about him. Maigret, the French detective.