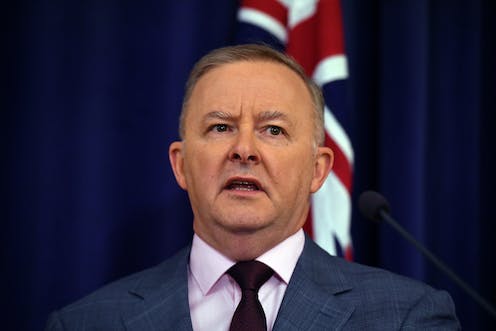 Anthony Albanese will attempt a political reset to shore up his leadership with a major frontbench reshuffle, shifting climate and energy spokesman Mark Butler and bringing shadow defence minister Richard Marles into a more frontline portfolio.

Butler’s job will go to Chris Bowen, from the right, currently health spokesman, as Albanese faces the challenge of forging a climate policy that straddles Labor’s dual suburban/ regional and progressive constituencies.

Until recently, sources close to Albanese have said the reshuffle would be minor. But Albanese starts 2021 facing widespread criticism from within the party as well as from commentators, and the imminent reshuffle has presented an opportunity to get more vigour into Labor’s performance.

He told the ABC on Wednesday the reshuffle “will achieve a stronger team going forward with the right people in the right jobs. And it will be, I think, a positive move”.

Butler, from the left and personally close to Albanese, held the climate portfolio under Bill Shorten and is strongly identified with the policy that Labor took to the election. He has resisted calls to water it down.

Faced with public urging from former frontbencher Joel Fitzgibbon to move Butler, Albanese last year refused to do so.

Shifting Butler will facilitate reshaping the policy, which Albanese has started to do, and send a signal about a more pragmatic position. But it could also lead to a backlash from progressive supporters and give the Greens room to score points.

Butler will become spokesman for health and ageing. This will ensure he is to the fore in the next few months, with the release of the royal commission report that will be highly critical of the aged care system.

He is a former minister for ageing and has written a book on the area, titled Advanced Australia: the Politics of Ageing.

Butler said in a statement: “The job of every frontbencher is to serve in the portfolio allocated by their leader. That’s always been my position under four leaders”.

As expected, Ed Husic, who joined the frontbench as resources spokesman when Fitzgibbon moved to the backbench late last year, will go to another post.

There is speculation Labor’s Senate leader Penny Wong might move from foreign affairs.

I'm a sexual assault counsellor. Here's why it's so hard for survivors to come forward, and what happens when they do

The Liberals face electoral wipeout in WA, but have 3 good reasons to keep campaigning