February has already been a bad month for Perth. Bushfire has destroyed 81 homes and burned more than 10,000 hectares northeast of the city. Residents in the midst of a COVID-19 lockdown were told to abandon their homes and seek shelter as the bushfire raged.

The disaster calls to mind the unprecedented Black Summer fires that devastated eastern...

February has already been a bad month for Perth. Bushfire has destroyed 81 homes and burned more than 10,000 hectares northeast of the city. Residents in the midst of a COVID-19 lockdown were told to abandon their homes and seek shelter as the bushfire raged.

The disaster calls to mind the unprecedented Black Summer fires that devastated eastern Australia last summer. But the tragedies are very different beasts.

Obviously, the Black Summer fires were much more widespread, prolonged and lethal than what Western Australia is experiencing. The east coast fires were largely triggered by lightning, while that’s not thought to be the case in the Perth fire. Wind and temperature also played different roles in the two disasters.

So let’s examine the drivers of the Perth fire, and consider what the rest of Australia can learn as we face a future of worsening bushfires. 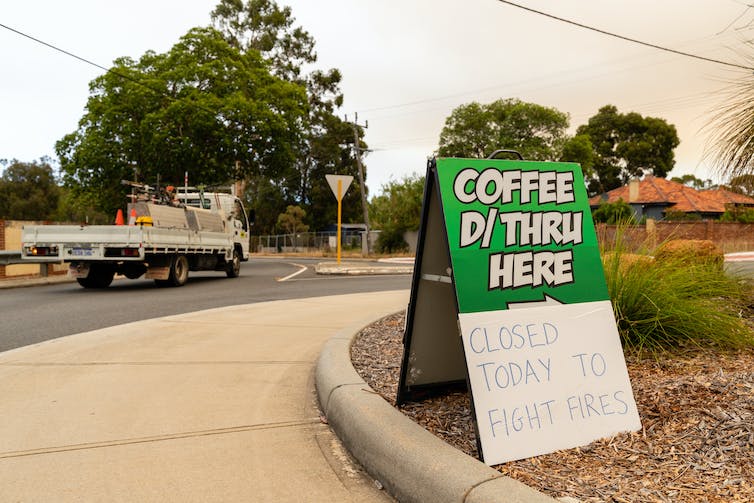 Anatomy of a fire

The fire was first reported at noon on Monday near the town of Wooroloo, on Perth’s fringe. Authorities don’t yet know how it began, but say “no criminality” has been identified.

The absence of lightning at the time of ignition, and the proximity to residential areas, suggests the fire was accidentally caused by humans. The location of the fire near homes also meant it destroyed property far more quickly than if had begun in a remote area.

Fire science breaks fire behaviour into three main components: fuels, topography and weather. And of course, an ignition is needed to set it off.

The bushfire started in an area of large, privately owned blocks of land. This area mostly consists of scattered trees in grassy paddocks which, in summer, are dry and burn easily. Fences and trees then ignite and winds carry embers forward, starting spot fires.

Read more: Underinsurance is entrenching poverty as the vulnerable are hit hardest by disasters

The land area now burning is one of the most hilly parts around Perth. Fire spreads faster uphill, and the slopes redirect winds, adding more complexity to fire suppression. The topography and location of the fire on private properties also made fire-fighting access difficult.

Weather played a major role. The fire started during one of Perth’s typical summer easterly wind events, involving strong gusts, high temperatures and low relative humidity. Most bushfires that burn out of control near Perth begin during these events.

To make matters worse, a tropical low tracking down Australia’s west coast means the windy conditions are expected to last up to six days – longer than the typical two to three days. This presents a major challenge for emergency response personnel.

The areas burning today are well known for their bushfire risk. In 2009, a fire outside the town of Toodyay destroyed 38 homes under similar weather conditions. 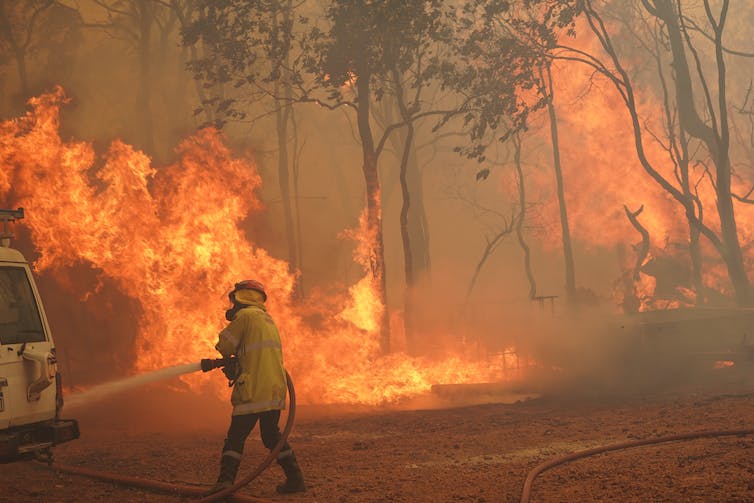 Residents in fire-affected areas have been told to abandon lockdown and evacuate to escape the fires. AAP Image/Supplied by DFES, Evan Collis

How WA differs to the east coast

Along Australia’s east coast, the bushfire season can start as early spring and in some parts, extend into autumn. Last summer’s horrific conditions were a combination of long-term drought and an intensely hot, dry spring. In contrast, almost all bushfires in southwestern Australia have historically occurred in the dry summer period.

Western Australia has more pronounced seasonal rainfall than the eastern states. In particular, the southwest corner of Australia has a Mediterranean-like climate. Every summer is dry, increasing the bushfire risk. In contrast, eastern Australia typically has a wet, humid summer with rain spread throughout the year.

La Niña conditions have brought much rain to Australia’s east in recent months. Western Australia had some La Niña moisture in November, but winter rain was below-average and the summer has so far been dry.

And as southwestern Australia continues to warm and dry under a changing climate, the period of bushfire risk is now getting longer. That means bushfires in spring and autumn will become more common.

And the shifting climate will bring make bushfires worse both in the west and across Australia. Bushfires may escape more quickly, burn more intensely, resist control and occur over a greater part of the year. Plants will have drier foliage, further increasing bushfire intensity. 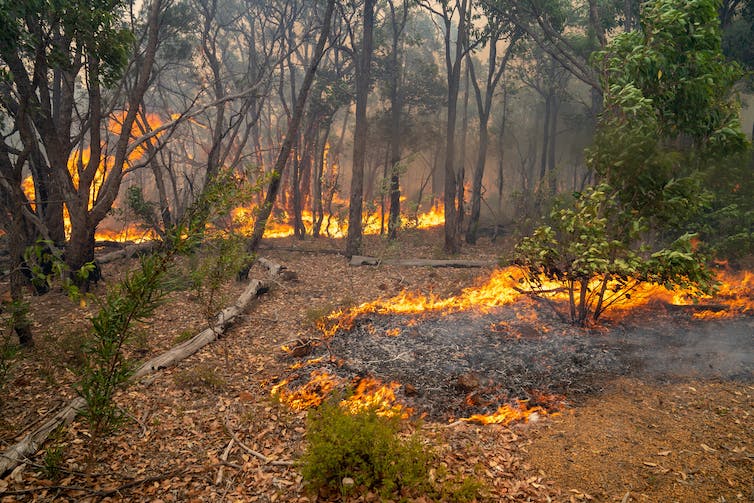 Bushfires have been burning out of control in Perth’s northeastern suburbs since Monday. AAP Image/Supplied by DFES, Evan Collis

Bushfire is a part of life in Australia and these tragedies will happen again. Fortunately for Perth residents, there have been no fatalities and minimal injuries so far.

Looking ahead in WA, new bushfire knowledge hubs and university-government collaborations will open important new conversations about the future bushfire risk and its management.

But we must continue to improve land-use planning, building codes and mitigation strategies to ensure we’re prepared for worse bushfires under climate change.

Read more: Asking people to prepare for fire is pointless if they can't afford to do it. It's time we subsidised fire prevention