Australia is a multicultural society. There are different traditions, cultures, accents and languages all over the country.

The latest Census data show almost 30% of Australians speak a language other than English, or English and another language, at home.

In our latest survey, we have had responses from 281 multilingual families across Australia, who speak a variety of languages at home. They include Arabic, Vietnamese, Mandarin, Teo Chew and Spanish.

This can leave some parents in somewhat of a catch-22, feeling that no matter what, their children will be faced with the same discrimination as them.

They learn to understand that everyone plays different roles, has different identities; and that others may speak or look different.

Research suggests people are highly biased in their preferences for certain accents and languages. According to the linguistic stereotyping hypothesis, hearing just a few seconds of an accent associated with a lower-prestige group can activate a host of associations.

Hearing a stereotypical “foreign accent”, for example, can lead people to immediately think of that person as being uneducated, inarticulate or untrustworthy.

These kinds of biases develop early in life. In a 2009 study, five-year-old children chose to be friends with native speakers of their native language rather than those who spoke a foreign language or had an accent.

One hypothesis is that this is due to our broader survival mechanism. Babies learn early to tune in more to the voice of their caregiver rather than a stranger’s voice. This means they are better able to detect when they are in a dangerous situation.

However, over time, these stranger-danger associations become stereotypes, which can lead us to hear or see what we expect. When we get older, we need to unlearn our biases that once kept us safe to become more accepting of others. 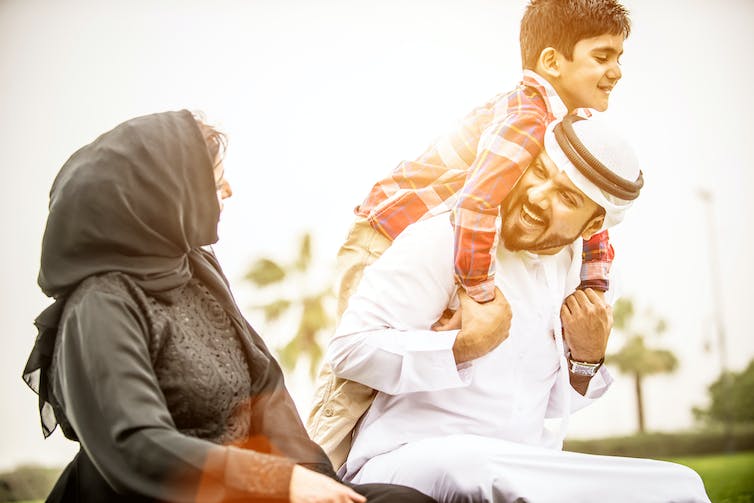 Almost 30% of Australians speak a language other than English at home. Shutterstock

When people hear these accents, they may think that person does not speak English well. But having an accent is special: it signals you are multilingual and you have the experience of having grown up with multiple cultural influences.

Many of the parents we surveyed felt hesitant to speak multiple languages at home, or felt their efforts were not being supported at school.

One parent told us:

Instead of helping her (my daughter) develop the language, all primary teachers assessed her language in comparison with the monolinguals and demanded to cut the other languages “to improve” the school language.

I would not have dared to experiment here in Australia with the kid’s second language. The peer pressure, the teacher’s pressure and the lack of language schools are main factors.

But over the centuries, some of the world’s brightest people, such as author Joseph Conrad spoke with a strong accent. Many others, such as Vladimir Nabokov, Gustavo Pérez-Firmat and Eva Hoffman (who wrote Lost in Translation in her second language) harnessed the benefits of being bilingual to produce astounding literary works, drawing on the different “voices” in their heads to act out different characters.

In this way, a second language can be a superpower.

Children who can speak several languages tend to have higher levels of empathy. They also find it easier to learn languages later in life.

Read more: Why some migrant school students do better than their local peers (they're not 'just smarter')

Multilingual exposure facilitates interpersonal understanding among babies and young children. This social advantage appears to emerge from merely being exposed to multiple languages, rather than being bilingual per se.

Being multilingual is also an amazing workout for the brain: speaking multiple languages throughout your life can help delay the onset of dementia and cognitive decline.

Research shows migrant parents who feel pressured to speak to their children in their non-native language feel less secure in their role as parents. But if they feel supported in using their first language, they feel more confident as parents, which in turn has a positive effect on children’s well-being. 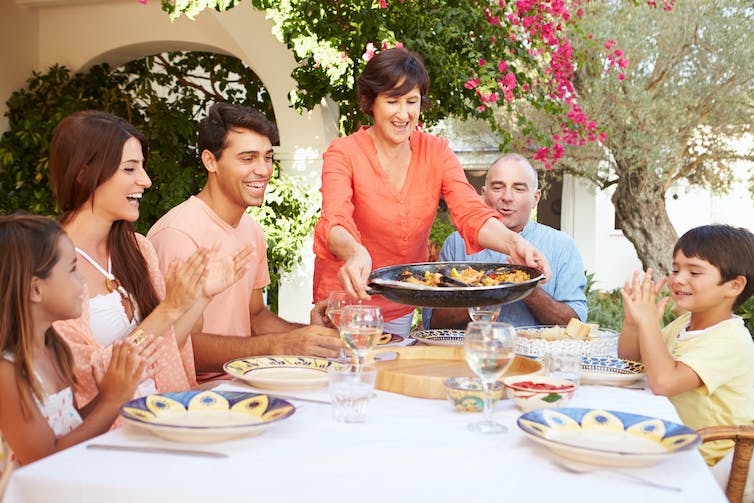 Migrant parents who raise their kids with more than one language say they feel like they’ve given them an advantage in life. Shutterstock

We found migrant parents who do raise their children in more than one language report feeling good about passing on their culture to their children, and feel they have given them an advantage in life. They also feel as though their children are more connected to their extended family.

So, what could you do?

Here are some ways you could help your children keep their native language, and accent, alive:

One parent shared their strategy for helping their child speak in different languages and accents:

I play games with accents, one child is learning French, the other Italian, so I play games with them about the pronunciation of words and get them to teach me words in the language they are learning and emphasise the accent.

We hope linguistic diversity becomes the status quo. This way, all children will gain cultural awareness and sensitivity. They will become more attuned to their evolving identities, and accept others may have identities different to their own.

Do you speak more than one language at home? Help us find out more about multilingualism in Australia by responding to this survey.

You can also help us find out Australian’s attitudes towards accents by taking part in this survey.