In the most recent outbreak, which placed Auckland into an alert level 3 lockdown, there are three active community cases of the more infectious B.1.1.7 lineage.

While we have seen the virus mutate over the entire course of the pandemic, it was not until mid-December 2020 that variants with measurably different behaviour emerged.

There are several reasons for this, including the continued exponential rise in cases globally. Every COVID-19 case gives the virus a chance to mutate, and if the number of infections continues to rise, more new variants are likely to emerge.

The genetic code of SARS-CoV-2 is a string of RNA of about 30,000 bases, or letters. When the virus enters our cells, it hijacks them to make thousands of copies of itself, but the copying process is not perfect.

Mistakes, or mutations, happen on average once every couple of weeks in any chain of transmission. Most are changes in a single letter and don’t result in a notable difference, but some will change the physical form of the virus, with possible knock-on effects to how the new variant behaves.

Read more: Why the COVID-19 variants are so dangerous and how to stop them spreading

A number of these changes are on the outside of the virus, in the spike proteins it uses to infect cells. Such changes can also undermine our immune system’s ability to detect these new versions of the virus when it has only seen the old version.

The most obvious reason why new variants have been emerging recently is that the number of global cases increased massively in the last quarter of 2020. There were about 35 million cases recorded worldwide in the first nine months of 2020, but it took just two months to double that number. We are well on the way to doubling that number again soon.

A second reason is that the virus is responding to immunity that has started to build up in the population. Our immune system plays an important role in driving which mutations survive and are transmitted.

The immune system is constantly trying to identify and kill the virus, which can only infect new people if it escapes detection. While mutations occur randomly, ones that lead to a more transmissible variant or those that escape our immune system are preferentially selected and more likely to persist.

Another indication that immunity plays a big role is that the B.1.351 and P.1 variants came to prominence in areas with large first waves of COVID-19 where the population developed higher levels of immunity. 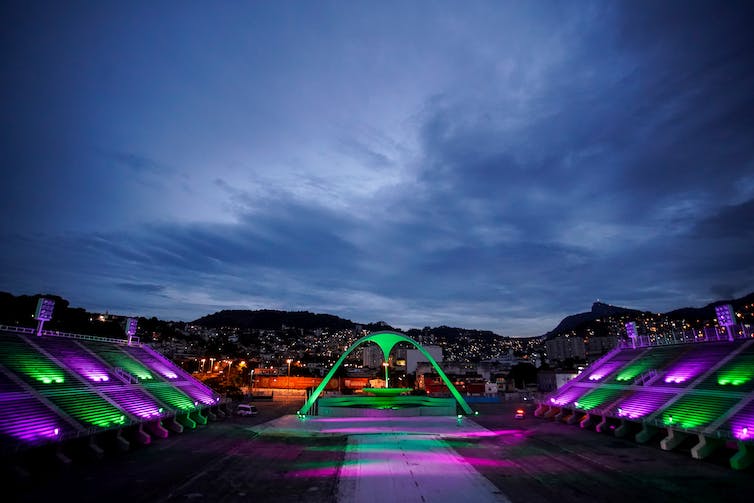 P.1 was identified in Brazil where up to 70% of the population were infected during the first wave. B.1.351 quickly became the dominant strain in the Eastern Cape region of South Africa which was similarly hard hit.

The new variants could infect a greater number of people than the original wild type of the virus, which might infect only people who had never been infected before.

This is one of the reasons why historically herd immunity for a new virus has not occurred through “natural disease progression” but only through vaccination.

Read more: UK, South African, Brazilian: a virologist explains each COVID variant and what they mean for the pandemic

The final part of the story is the fact that two of these variants (B.1.1.7 and P.1) differ by as many as 25 mutations from the closest known SARS-CoV-2 sequences. This is very unusual given that most viral sequences we see are within just a few mutations of others.

Such a rapid increase in diversity has been observed in chronic COVID-19 infections in immunocompromised hosts. Most people are ill for a week or two, but a few have to fight the disease for months. During that time, the virus continues to evolve, sometimes very quickly as a weakened immune system presents all sorts of challenges to the virus but fails to kill it off.

This kind of infection presents a “training ground” for the virus, as it continually adapts.

Will we see more new variants?

As long as the virus is around, it will continue to mutate. With vaccine protection and natural immunity in a growing number of people, there is greater pressure on virus variants that evade our immune defences.

There is some early evidence this rate is about the same in SARS-CoV-2 as in influenza viruses. One reason for this is that SARS-CoV-2 has only recently jumped to people and is not yet “optimised” to spread in humans.

Essentially the original virus was only a few mutations away from better fitness, and there may be further easy changes that could make it even better adapted to humans. Once the virus is through this initial adaptation phase, there will be fewer opportunities for easy, fitness-improving changes and new variants may appear less frequently.

The variants that have been characterised so far are likely only a small subset of those in circulation. It is no coincidence they are known from countries with comprehensive sequencing programmes (notably the UK).

But the new variants are not the main driver of transmission globally. Most of the world is still susceptible to any variant of SARS-CoV-2, including the original version. The protective measures we have used successfully in Aotearoa to control the virus continue to work for any variant.

The best way to protect against all current variants and to prevent the emergence of further variants is to drive down the number of cases through ongoing control measures and vaccination.