New Zealand has the highest per capita car ownership in the OECD, and reducing emissions from the transport sector is seen as a wicked problem.

As part of its recently released advice for the government’s first emissions reduction plan, the Climate Change Commission is calling for a public education campaign similar to anti-smoking ads to create a social movement away from cars.

The Crayons campaign, developed in 2014, aimed to encourage quitting by showing the negative impact smoking has on children.

Transport accounts for 21% of New Zealand’s annual greenhouse gas emissions and is the fastest growing source of emissions. We clearly need to reduce transport emissions dramatically.

And the commission is right that tobacco control has lessons to offer for transport decarbonisation.

Decades of investment in a car-based transport system has baked car dependency into New Zealanders’ expectations of how we live and travel.

Once people are used to a particular system, it is hard to see the extent of change needed and mechanisms to make it happen.

The decades-long tobacco control programme offers an exemplar in creating social (and behaviour) change on the scale the commission wants to see. But the lessons are broader than a public education campaign.

One of the key lessons from tobacco control is the need to intervene in multiple levels to reshape the entire system. This includes:

Combined, these interventions have reduced smoking rates from 36% in 1976 to 13% in 2020. We moved from a society where smoking was ubiquitous (remember smoking in planes, bars, restaurants and workplaces?) to one where smoking is no longer seen as a “normal” activity.

Making it easier for people to change

Evidence from public health shows policy interventions that go hand in hand with supportive environments are likely to make the biggest difference in behaviour changes.

These interventions include taxation, advertising restrictions and changes to product availability. They can shift the behaviour of the entire population. 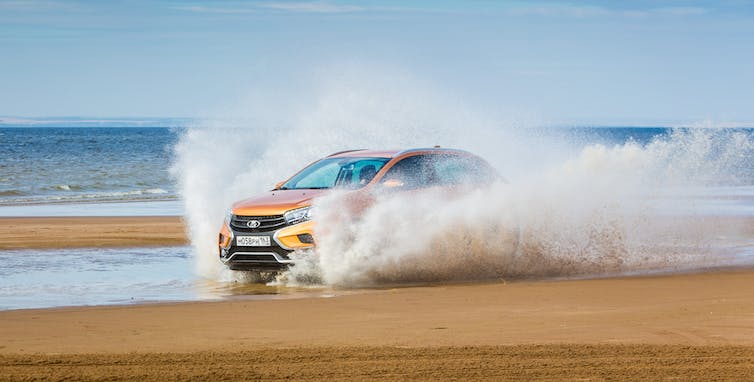 Advertising bans on cigarettes were part of the anti-smoking campaign and could be used to encourage people to choose low-emission cars or drive less. Shutterstock/Andrei Kholmov

Mass media campaigns need to be treated with caution as some evidence suggests they may increase inequities. Education campaigns are largely futile if there is no accompanying environment to support the promoted behaviour change.

For example, the health sector has a long history of telling people to exercise more and eat a better diet to reduce obesity. But it has achieved little in the way of environmental changes compared with tobacco control.

This sub-optimal approach is reflected in the lack of change in obesity rates since 2012/13. The prevalence of obesity among adults remained stable at 30.9% (an estimated 1.24 million adults), and even increased in the age groups of 45–54 years and 55–64 years.

The Genless campaign run by the Energy Efficiency and Conservation Authority (ECCA) is also a good example of an education campaign asking people to make individual choices to reduce emissions in an environment that doesn’t support them.

How do we reduce existing transport inequalities and emissions at the same time? Firstly, we need to recognise that a low-carbon transport system with more walking, cycling and public transport options is likely to be a fairer transport system for the whole population. It also makes our cities nicer places for us all. 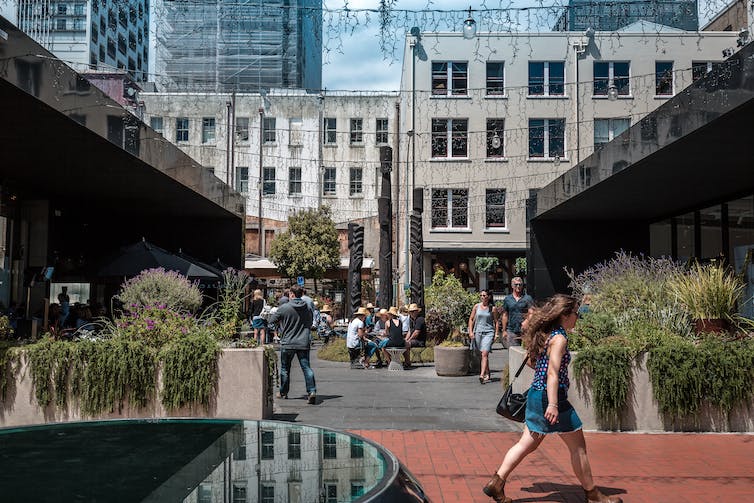 Secondly, the types of interventions we select to transform the system are important. Interventions that rely on a large amount of individual effort (material, time, cognitive or psychological) are likely to be less effective and increase inequalities.

For example, if the goal is to improve the efficiency of the vehicle fleet, providing information on fuel efficiency is likely to be far less effective than regulating for minimum standards.

But we also need to acknowledge that even well designed interventions that benefit everyone have nevertheless been taken up more by already advantaged populations and therefore increased inequalities. While smoking has reduced in all groups, it has reduced most in advantaged groups and large differences between groups remain.

We need to do better in transport. We need a comprehensive plan (at multiple levels) aimed at equitably opening up our streets and cities to low-carbon travel.

The uptake of cycling in Vancouver is an international example of a comprehensive approach which achieved changes relatively rapidly. The lessons from tobacco control, and public health more generally, can help us chose the types of interventions that will make the most difference and design them to minimise inequalities.