Around 15% of Australian school students experience bullying in a school year. Being bullied increases the risk for ongoing depression and anxiety.

All Australian states have policies to address school bullying. And many schools also run educational programs aimed at preventing bullying.

Efforts to reduce bullying are commendable. However, schools need to be aware of the possibility some bullying programs may inadvertently harm victims. One example is the “buddy bench”, where students who have few friends or are bullied can come to sit and be supported by peers.

While the idea is nice in theory, it could have some very negative effects.

How do programs affect victims?

School programs to reduce bullying are often based on theory. Very few of the programs offered to Australian schools have been scientifically evaluated for effectiveness.

International research shows bullying prevention programs can reduce victimisation at school level by up to 16%. But programs that reduce whole-school bullying may still lead to worse outcomes for individual victims.

KiVa is a Finnish program used in many countries. Like many Australian programs, KiVa provides teachers with lessons and activities to teach students how to relate to each other, including how to help if they notice bullying. There is also training for teachers and newsletters for parents.

KiVa has been found to reduce bullying at the school level in primary schools. But a Dutch study compared schools that had adopted KiVa with schools that worked off their usual bullying policies (the control group). Researchers found schools with the program in place did reduce bullying overall. But the kids in those schools who remained bullied, or became new victims of bullying, were more depressed and had lower self-esteem compared to bullying victims in the control schools. 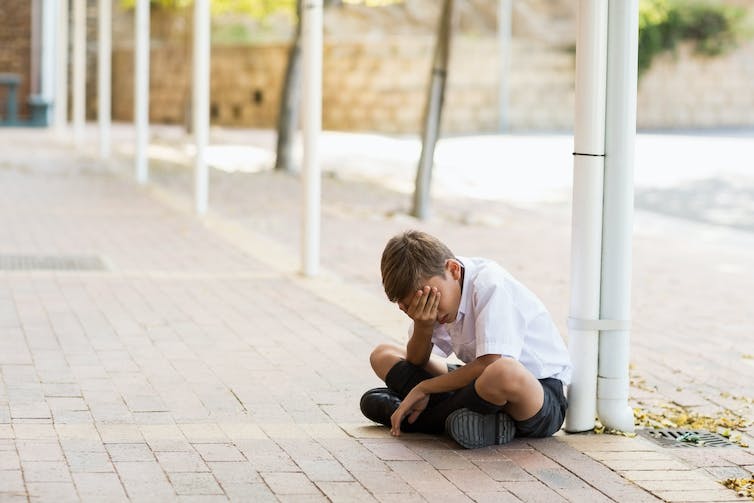 Students can be further stigmatised if their issues with peers are made apparent. Shutterstock

Researchers theorised that if fewer students were bullied, those who remained bullied were more visible to peers, leading to rejection. This same theory suggests elements in school programs that make a student’s victim status more visible to peers can also lead to increased stigmatisation.

Many schools in Australia have installed buddy benches, or friendship benches. These playground benches are intended to provide a safe place in the playground where a student can go when bullied or when they have no one to play with.

The idea is that other children or teachers will notice the student on the bench and offer assistance. Despite the positive intent, there is no evidence this approach works, and there are many things that could go wrong.

The colourful bench will effectively highlight those students who have problems getting on with peers. Students will notice who is at the bench most often, and who is left waiting the longest. They will notice which students require teachers’ help due to lack of peer interest.

Read more: 'I don’t want to be teased' – why bullied children are reluctant to seek help from teachers

Increased visibility of these students’ difficulties could damage their peer status and make them less attractive for real friendships, which would serve to protect them from bullying.

The bench could also signal vulnerability to a broader group of students who bully but had not previously noticed these kids, such as if they didn’t share classes.

There are other problems, such as if children come to the aid of someone sitting at the bench to impress teachers or because they have been told to. This is not necessarily the same as help that comes through genuine care and friendship. 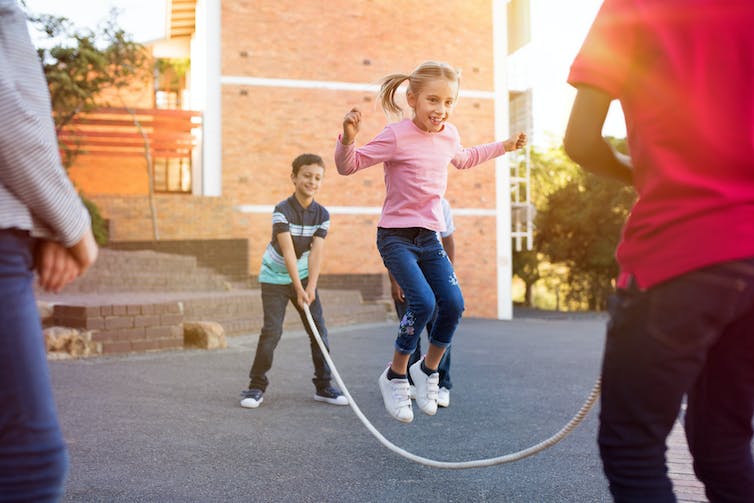 Helping a peer to impress a teacher isn’t the same as genuine care and friendship. Shutterstock

One program that taught children to intervene in bullying was shown to increase the self-esteem of the helpers. But experiments from social psychology show that help that benefits helpers can undermine the self-esteem of recipients who cannot return the favour (for instance due to low social status).

So, what should schools do?

Examples of Australian programs that have been scientifically evaluated include Friendly Schools, Friendly Classrooms and Positive Behaviour for Learning. Both involve creating clear expectations of behaviour throughout the school, teaching and encouraging positive behaviour, and improving supervision and addressing of incidents.

Read more: 'I wish you were murdered': some students don't know the difference between bullying and banter

The main purpose of anti-bullying initiatives is to protect the most vulnerable students. When offered a new idea to address bullying, schools should consider how it will affect the social standing of the students who are bullied the most.