The arts were in free fall this time last year. COVID-19 restrictions had shut everything down and artists and arts organisations were reeling from a dramatic loss of income, as well as the prospect of a bleak future. Somewhat belatedly, the federal government offered various forms of assistance from late June onwards.

Given the continuing challenges, has the government brought the arts in from the cold in Tuesday‘s budget? The budget statement notes the effects of the pandemic on the creative and cultural sector “have been severe” and the sector “continues to feel the effects of COVID‑19 as social restrictions are eased.”

The budget delivered around $300 million to “help activate and support the successful re‑opening of Australia’s creative and cultural sector”.

It is encouraging the government has admitted to the challenges facing the sector. But has it really come to the rescue with new money, or is it playing with the figures? There are some winners here, but sadly, overall, not a huge amount has changed.

There will be more for the film industry and the Australian Children’s Television Foundation; the Australia Council will receive an extra $5 million on last year’s budget, but this had already been allocated for regional touring of performing arts shows.

At the same time, important national entities, such as the National Archives, are ignored. The ABC (funded triennially) will receive an increase of $4.7 million (0.45% of its budget), but will then see its budget decline by 0.85% in 2022-23. Is the government trying to slowly erode the ABC in the longer term?

Read more: Our history up in flames? Why the crisis at the National Archives must be urgently addressed

Many initiatives in this $300 million have already been announced. The extra $125 million for the arts COVID package RISE was announced in March and we were told on the weekend about an extra $79.9 million for Australia’s national collecting institutions.

There is a new Regional Arts Fund of $3 million for local museums, galleries and historical societies and another fund of $11.4 million for other regional arts activity. In April, Arts Minister Paul Fletcher spoke of a desire to re-allocate arts funding from the city to the regional areas.

A further $10 million has been provided to Support Act, to help musicians and road crew with financial or health problems. They were given $10 million in April 2020 for the same purpose. 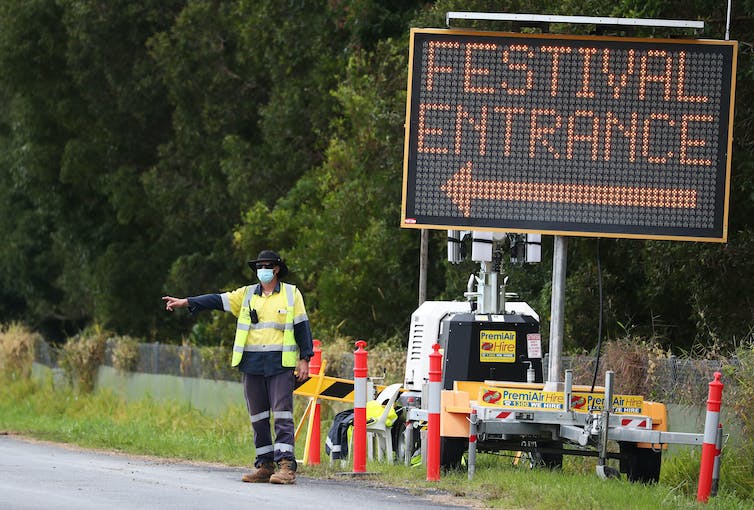 Bluesfest was cancelled at the eleventh hour this year due to Covid. Jason O'Brien/AAP

The extra money for national collecting institutions breaks down to

While $32.4 million of this will go towards delivery of public services and programs, a further $47.5 million is provided for capital works.

The Museum of Australian Democracy at Old Parliament House is a winner here. So too is the Bundanon Trust, which thrives under this government. Perhaps it helps to be located in a marginal seat.

The increase for the National Gallery of Australia is particularly welcome, given in 2020-21 its funding was cut by $7.8 million (or over 9% of its budget). However, out of $34.6 million, most of this ($28.6 million) is for capital maintenance. 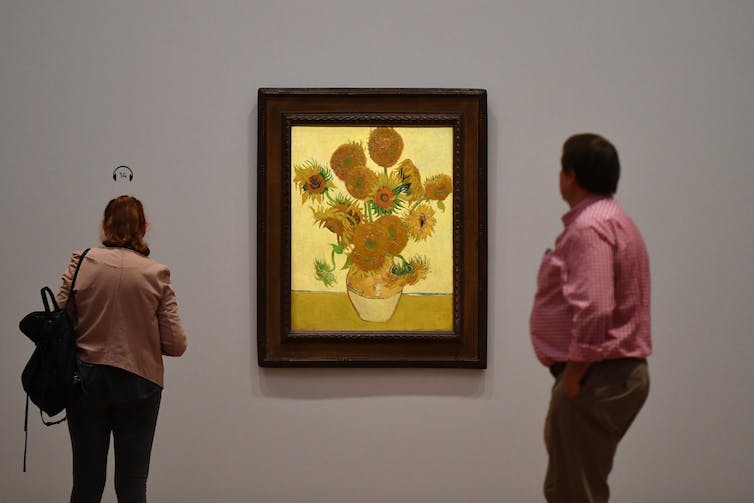 Visitors admire Sunflowers by Vincent Van Gogh at the National Gallery of Australia in Canberra earlier this year. Mick Tsikas/AAP

The film sector has received more targeted support; much already announced. In March, we learned $20 million would support independent cinemas across Australia. In April, another $50.8 million was allocated to extend the Temporary Interruption Fund to help restart film production put on hold in 2020. A further $75 million will reinstate the producer offset rate for film, which provides a tax rebate for producers of up to 40% .

An extra $11.9 million will also be given to the Australian Children’s Television Foundation, spread over four years from 2021-22.

What about individual artists?

In 2021-22, the Australia Council will receive almost $219.8 million, an increase of around $5 million (or around 2%) on 2020-21 funding. It is described in the budget papers as representing “indexation, net of the applicable annual efficiency dividend, and $3.6 million to provide a non-recurring uplift to the Playing Australia program”.

The RISE Scheme has now had three rounds of funding allocations. By May 2021, $100 million had been allocated (leaving a balance of $100 million to the end of this year). Most funding ($83.4 million) has gone to the performing arts (theatre, music and dance), with $12.6 million for the visual arts, $2.4 million to literature and $1.5 million to film. $25.5 million out of this has been allocated to activities in regional areas.

Individual artists, most disadvantaged by COVID, have continued to receive the least additional support. Sadly, it will be some time before normal arts activity resumes in Australia, especially music concerts or festivals. 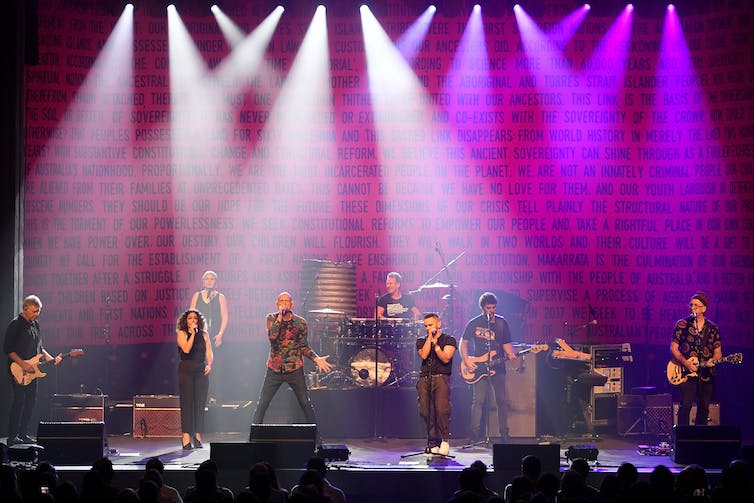 Midnight Oil toured in January this year but many musicians and artists have struggled at this time. Dan Himbcrechts/AAP

While it is encouraging to see the government mention the arts in its budget, given its “disappearing” of the arts over the past two years, it needs to address the whole complex ecosystem of the arts, rather than one or two aspects of it. It also needs to increase funding to the Australia Council so individual artists and small organisations get adequate support.