It’s the smell that hits you first. The scent of urine and decomposing bodies. Then you notice other signs: scuttles and squeaks, small dead bodies leaking blood, tails sticking out of hubcaps.

If you’ve lived through a mouse plague, you’ve seen this, and smelled the stench of mice dying of poison baits.

As a desperate measure to help combat the mouse plague devastating rural communities across New South Wales, the state government yesterday secured 5,000 litres of bromadialone. This is a bait that’s usually illegal to roll out at the proposed scale.

This is a bad idea. While bromadiolone effectively kills mice, it also travels up the food chain to poison predators who eat the mice, and other species. And these predators, from wedge-tailed eagles to goannas, are coming in out in droves to feast on their abundant prey.

When your prey is everywhere

Animal plagues in Australia are fuelled by the “boom and bust” of rainfall.

We have natural, flood-driven population explosions of the native long-haired rat, with accompanying booms of letter-winged kites, their predator. We also have locust plagues when the conditions are right, leading to antechinus or mice plagues which eat the locusts.

Since at least the late 1800s, we’ve had terrible plagues of the introduced house mouse (Mus musculus). But rarely has it been this bad, with conditions currently seeming worse than the last plague in 2011, which caused over A$200 million in crop damage alone.

Snakes, goannas, native carnivores such as quolls, and feral cats and foxes, also take advantage of the abundant food. Pets, especially cats and some dogs, are highly likely to consume mice under these conditions, too.

Laying out poison baits is one way people try to end mouse infestations and plagues. So-called “anticoagulant rodenticides” are divided into first and second generations, based on when they were first synthesised and the differences in potency. 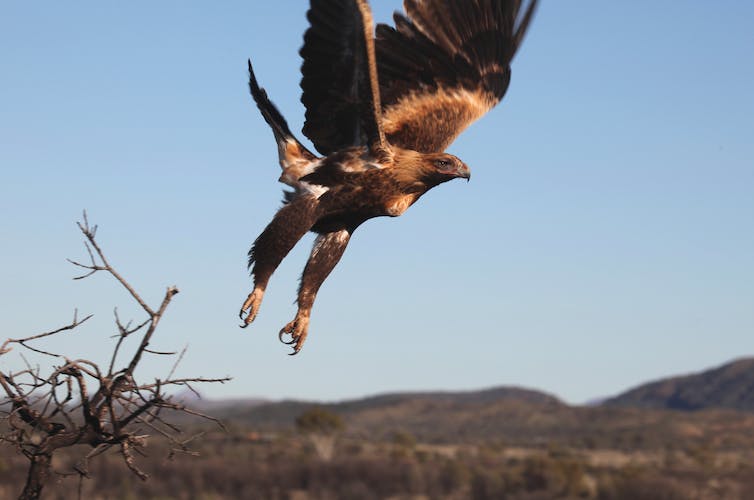 Wedge-tailed eagles are among the predators that take advantage of the house mouse plague. Shutterstock

But mouse-eating predators are highly exposed to second generation rodenticides. For most animal species, the lethal doses of rodenticide aren’t yet known.

A scientific review from 2018 documented the poisoning of 31 bird, five mammal and one reptile species. Second generation aniticoaugulant rodenticides were implicated in the death of these animals.

Our research from 2020 found urban reptiles are highly exposed to second generation rodenticides, too. This includes mouse-eating snakes, called dugites, which had up to five different rodent poisons in them.

We also found poisons in frog-eating tiger snakes, and in omnivorous bobtail skinks which eat fruit, vegetation and snails. This is even more concerning because it shows how second generation rodenticides can saturate the entire foodweb, affecting everything from slugs to fish. 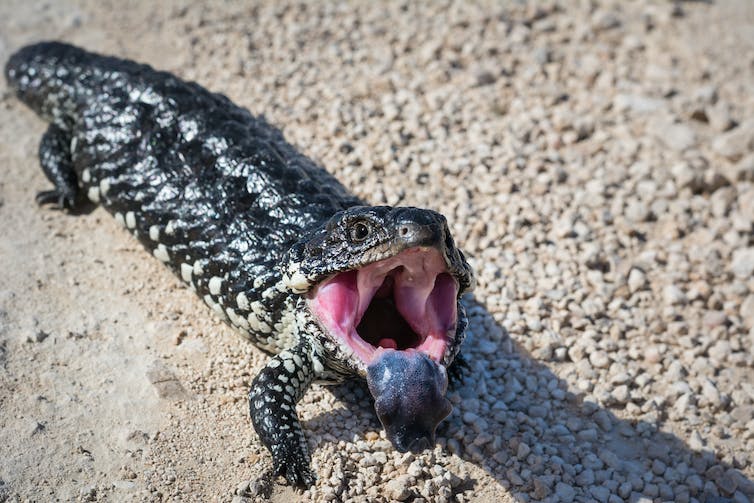 Bromadiolone is particularly dangerous, even to humans

Five thousand litres of the poison can treat around 95 tonnes of grain, and the government will provide it for free to primary producers once federal authorities approve its use.

Bromadiolone is usually restricted to use in and around buildings. But given the widespread impacts on wildlife, using bromadiolone at the proposed scale will do more harm than good.

Past research on bromadialone has shown residues persist for up to 135 days in the carcasses of voles (another rodent species). In international studies, bromadiolone has been found in the livers of a host of birds of prey, including a range of owl species, red kites, sparrowhawks and golden eagles. 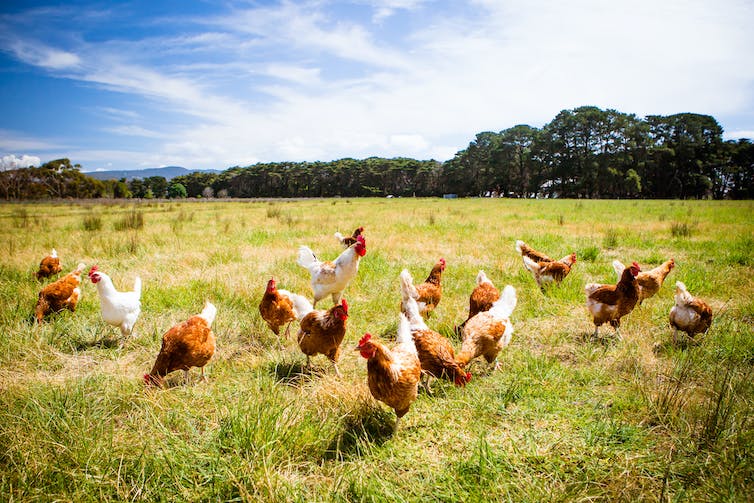 Humans can be exposed, too, by eating the eggs of chickens that ate the mice. Shutterstock

And it’s not just a problem for wildlife, humans are also at risk of exposure. For example, we can get exposed from eating eggs from chickens that feed on poisoned mice, or more directly from eating other animals that may have ingested poisoned mice.

A 2013 study looked at chicken eggs for human consumption, and detected bromadialone in eggs between five and 14 days after the chicken ingested the poison. It’s not yet clear how many of these eggs we’d have to eat for us to get sick.

So what are the alternatives?

Another approach has been to use zinc phosphide, a poison which is unlikely to secondarily poison other animals that eat the poisoned mice. However, zinc phosphide is still extremely toxic and will kill sheep, cows, pets and even humans if directly eaten.

Rolling out double-strength zinc phosphide may be the lesser of the evils in causing secondary poisoning, but only if used very carefully.

And another way to help control the mouse plague is to limit food resources for mice on farms. Farmers can minimise grain on ground, and Australia should invest in research for grain storage facilities that are less permeable to mice.

Mouse plagues are a regular cycle in Australia. Natural predators not only help create healthy, natural ecosystems, but also they help with mouse control. Second generation rodenticides will only destroy and weaken the predator populations we need to help us combat the next plague.