In Beijing, the secret trial on spying charges of Australian citizen Yang Hengjun will constitute another sour chapter in Australia-China relations, which remain locked in a downward spiral.

Yang’s trial is set to begin this week with no family, friends or Australian consular officials present. He will be represented by his lawyer.

Penalties under Chinese law for espionage range from three years to death. Acquittal rates in the Chinese court system are minuscule.

This will be the baleful reality for Yang when he is brought handcuffed into a Beijing intermediate court. The sentencing may take months, in which time the Australian citizen will remain in custody, and likely subject to further mistreatment.

He has been held in solitary confinement for much of the time since his arrest in 2018, deprived of consular access and direct contact with his family. By any reasonable definition, his treatment amounts to torture.

In an eloquent note to his family, friends and supporters, Yang, a former diplomat turned writer and blogger, has denied all charges against him.

I have no fear now. I will never compromise […] I love you all and I know that I am loved.

In this latest jarring moment in Australia-China relations, Yang is a victim of a poisonous relationship that has developed between Beijing and Canberra since the Malcolm Turnbull era.

The Chinese-born Australian citizen is paying a price for Australia’s stumbling attempts to manage its relations with its largest trading partner and, until recently, fastest-growing source of foreign investment.

Chinese investment has fallen off a cliff as a consequence of the deteriorating relationship. Shipments of coal, wine, barley, rock lobster and other commodities have slowed to a trickle as China imposes a range a tariff and non-tariff barriers on Australian imports.

Record exports of iron ore have meant aggregate trade figures are holding up, but the situation is precarious because these numbers depend on a single commodity.

Read more: Why scrap Victoria’s ‘meaningless’ Belt and Road deal? Because it sends a powerful message to Beijing

Under Turnbull, Australia enacted foreign interference laws that were aimed at China’s attempts to interfere in Australian domestic politics. These measures contributed to the souring of relations.

Turnbull’s successor, Scott Morrison, has not restored relations to a reasonable footing. In some ways they have got worse.

Not least of the Morrison government’s misjudgements was a closer than prudent alignment with the Trump administration in its up-and-down management of relations with China. 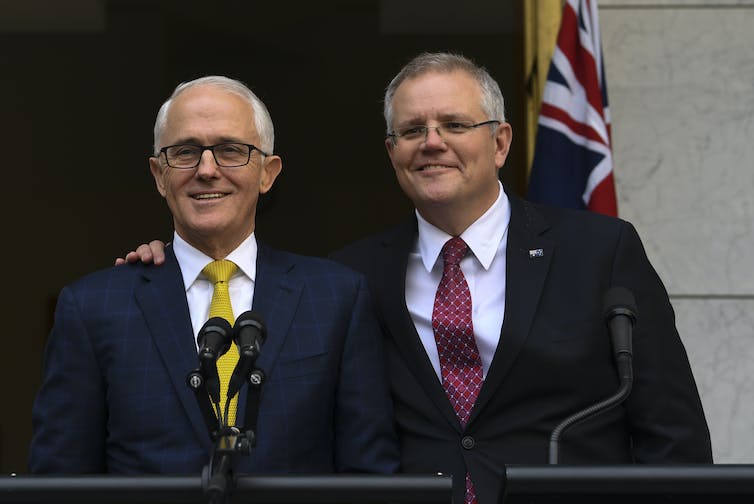 Under Malcolm Turnbull, Australia-China relations soured. Under Scott Morrison, they got even worse. AAP/Lukas Coch

Inevitably, Canberra got caught in the backwash of Chinese displeasure with the United States. In reprisals on the trade front, Australia has been made a scapegoat regionally, and further afield – an example of what might happen if a country incurs Beijing’s wrath.

Other countries have criticised China on a range of issues without experiencing a similar backlash. These include China’s mistreatment of its Uighur minority; its disregard for agreements with the United Kingdom over Hong Kong’s relative independence under a “one country, two systems” formula in place until 2047; its resort to hostage diplomacy to further its diplomatic ends; and its smash and grab approach to asserting itself in the disputed waters of the South China Sea.

It is telling that no Australian prime minister has visited China since Turnbull in 2016. Australia’s trade minister can’t get his Chinese counterpart on the phone.

Symbolically, China announced this month it was suspending “indefinitely” the China-Australia Strategic Economic Dialogue. This arrangement dates from the Julia Gillard era.

Morrison and foreign minister Marise Payne have struggled to come to terms with the sort of statecraft that might be expected of custodians of Australia’s most important trading partnership and most crucial regional relationship.

For example, and at no discernible benefit to the country, it was Payne who got out in front of the international community in calls for an independent inquiry into the COVID-19 virus, which appears to have originated in the central Chinese city of Wuhan. 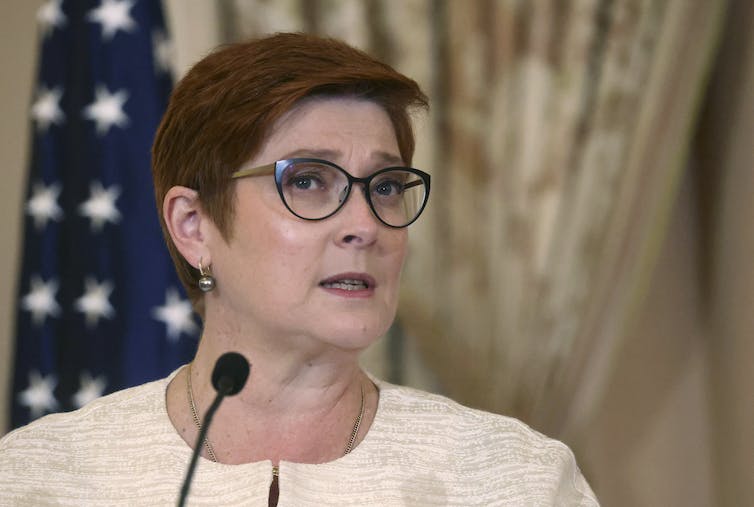 The Australian government provoked Beijing by calling for an independent inquiry into the origins of the COVID-19 virus. AAP/AP/Leah Millis

Such an intervention was unnecessary, in any case, because the World Health Organisation was already mounting its own inquiry, supported by much of the international community.

Australia’s clumsy attempts to force-feed an investigation will have looked to Beijing like Canberra was doing Washington’s bidding at a moment when Trump was referring to COVID-19 as the “Wuhan virus”, the “Chinese flu” or, crudely, “Kung-flu”.

Inexplicably, Morrison referred to “weapons inspectors” in his calls for an inquiry.

None of this will be any comfort to Yang Hengjun, or journalist Cheng Lei, the other Australian in detention since last August on alleged breaches of national security. This charge could mean anything, from spying, to peddling state secrets, to criticising Communist Party rule.

On social media, the outspoken Cheng had criticised China’s initial response to the virus outbreak in Wuhan, including attempts to silence doctors who raised the alarm.

Properly, Payne has criticised China’s handling of the Yang case as “lacking procedural fairness”. China’s embassy in Canberra then described her intervention as “deplorable”.

In these latest developments, the cases of Yang and Cheng cannot be separated from those of the Canadians Michael Kovrig and Michael Spavor, both of whom stood trial in March on spying charges. Sentences are pending.

These two cases are chilling examples of hostage diplomacy, given the Canadians’ arrest came on the heels of authorities in Vancouver detaining Meng Wanzhou, the daughter of the founder of Chinese telecommunications giant Huawei.

The US is seeking Meng’s extradition on charges of breaching its sanctions regime against Iran. Her removal to the US is being appealed in the Canadian court system.

In the meantime, there is no prospect of Kovrig, a former diplomat, and Spavor, a businessman, being released as they await sentencing. They are hostages to developments in the Vancouver courts and in Washington.

Kovrig’s employer, the International Crisis Group, has campaigned assiduously for his release. In a recent statement it said:

Given the circumstances, it is impossible to put any other interpretation on his detention in 2018, along with that of Spavor.

In February, Australia joined an international coalition of 57 countries, led by Canada, in condemning the practice of hostage diplomacy. The US, the UK, Japan and most of the 27-member European Union endorsed a statement saying:

A Beijing intermediate court in the Yang case will be paying scant attention to international criticism of the Chinese judicial system. China’s jurisprudence, shielded from public scrutiny, is a merciless process.