Eggs laid by battery hens would be phased out within 15 years under a plan to improve poultry welfare in Australia. The proposal signals some relief for the 10 million or so egg-laying hens still kept in battery cages in Australia. But it doesn’t go far enough.

Among the recommendations of an independent panel were to phase out battery cages between 2032 and 2036. Egg producers will have the option of transitioning to larger furnished cages, or may decide to move straight to cage-free systems, such as barn-laid and free-range eggs.

Such recommendations may seem like a happy compromise – balancing the interests of farmers, consumers and the hens themselves.

But developing welfare standards for farmed animals involves more than just practical, scientific and economic considerations. Such decisions also have an ethical dimension: what level of animal welfare should society provide? On that measure, we believe the standards fall short. 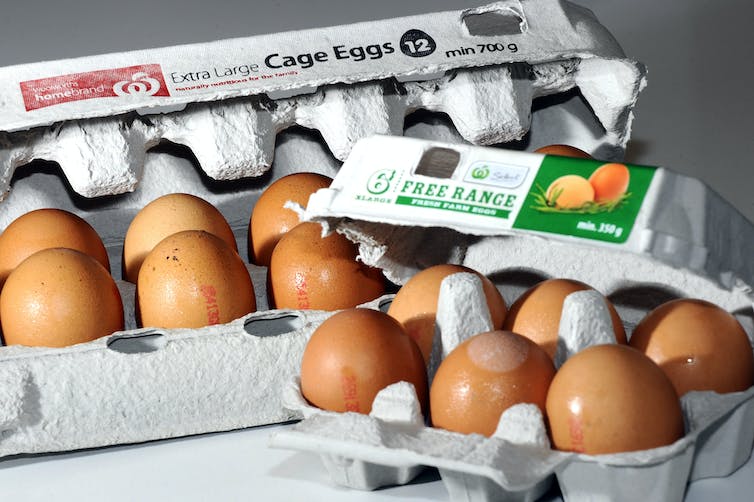 Under the draft standards, from 2036 no battery hens would be allowed in Australia. Alan Porritt/AAP

An appetite for change

An independent panel drafted the proposal after consulting state and territory governments, industry, animal welfare groups and the public.

The draft standards cover poultry including chickens, ducks, emus, geese, quail and turkeys. Confining hens in battery cages is by far the industry’s most controversial practice, and we focus on those recommendations here.

Research has found hens are intelligent, social animals. But confined to battery cages – often a space smaller than an A4 sheet of paper – they cannot stretch their wings or perform basic natural behaviours such as roost, nest, forage and dust-bathe.

Battery hens can also suffer severe health problems such as feather loss, fractured bones and haemorrhagic fatty liver syndrome. They can also experience more pain than those in cage-free systems.

Industry figures show Australia produces around 17 million eggs each day. Of about 75% sold at supermarkets, 39% are from caged hens. Free-range (50%), barn-laid (10%) and specialty eggs (1%) make up the remainder.

Read more: Not just activists, 9 out of 10 people are concerned about animal welfare in Australian farming

Of the other 25%, much is used in processed foods and catering, where the proportion of cage eggs is thought to be higher than those sold in supermarkets.

Cage-free eggs are generally more expensive than cage eggs. Nonetheless, major supermarkets and other food companies have also vowed to phase out caged eggs, or already use cage-free eggs in their products.

A 2018 report prepared for the federal government found 95% of Australians view the welfare of farmed animals as a concern and 91% want law reform to address it.

It found Australians want regulation that prevents the suffering of farmed animals, which are increasingly seen as sentient beings with capabilities, rights and freedoms.

Keeping hens in cages is not consistent with these views. An unprecedented 170,000-odd public submissions were made on the draft poultry standards, reflecting the huge public interest in the issue. The vast majority supported a ban on battery cages. 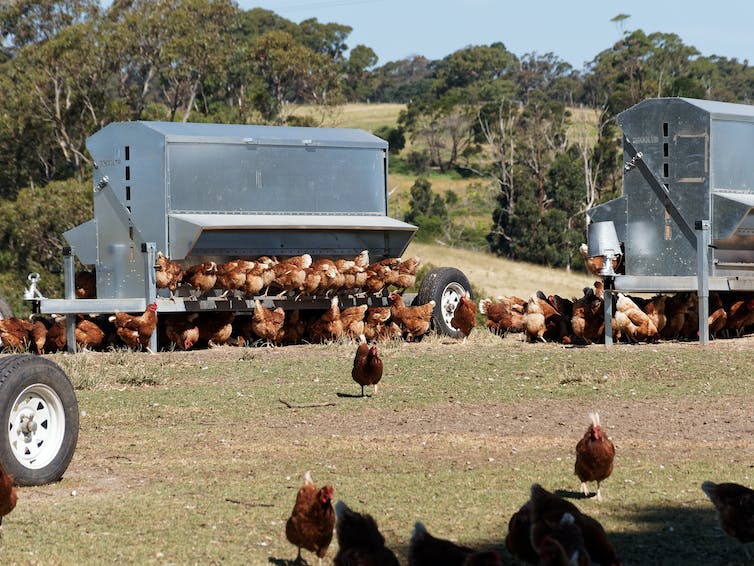 Under the proposal, hens would be free-range or kept in barns or larger cages. Shutterstock

State and territory agriculture ministers must now endorse the standards and enact regulations to bring them into effect.

If enacted, the standards will replace the outdated 2002 code of practice. The independent panel was appointed to help re-draft those standards after previous attempts were mired in controversy, including allegations of collusion between farmers and the NSW government.

The panel’s appointment was a positive step. Importantly, it was made up of independent experts, rather than dominated by industry and agriculture department representatives. 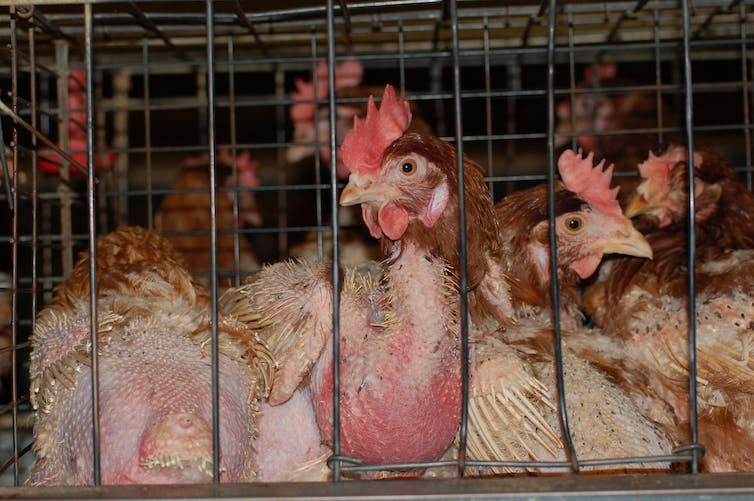 Most submissions supported a ban on keeping hens in battery cages, which can cause serious health problems. Emma Hanswell/AAP

Where the proposal falls short

The proposed standards give egg producers ten to 15 years to transition away from battery cages. Animal welfare groups such as the RSPCA say this timeline is too slow and cages should be phased out sooner – and we agree.

The use of battery cages in Australia is certainly out of step internationally. Most OECD nations have banned battery cages or are in the process of doing so.

The lengthy period of transition prioritises the continued availability of cheap battery cage eggs, and the interests of cage-egg producers, over the welfare of millions of animals.

The standards will still allow the use of furnished cages: larger cages with features such as perches and scratch pads.

A more humane approach would keep hens in well-managed free-range or barn systems. In fact, the European Parliament last month voted overwhelmingly (but non-bindingly) in favour of phasing out all cages in farming.

And enacting new standards is not enough. To ensure standards are maintained and enforced, an independent animal welfare regulator is needed, as recommended by the Productivity Commission in 2017.

The draft standards represent an important first step in freeing Australian hens from cages. While not perfect, they will bring Australian agriculture closer to international scientific consensus and public opinion on the issue.

However, developing animal welfare standards involves considering the practical, the economic, the scientific and the ethical. Deciding whether and when to ban cage production systems touches on fundamental moral questions, such as whether non-human animals deserve a “good life” and what this means in practice.

At the most fundamental level, Australians must ask themselves: should sentient, intelligent creatures have the freedom to access the outdoors? Or should they spend their lives in a barren cage so we can have the option of cheaper eggs?

Authors: Christine Parker, Professor of Law, The University of Melbourne