His title is the Devil, but he goes by a number of names — Satan, Lucifer, Beliar, Beelzebul or Beelzebub.

He was big in 1970s pop culture (The Exorcist, The Devils) and continues to feature on screen today. A sixth season of the TV show Lucifer is in production and new film The Conjuring 3: The Devil Made Me Do It is showing in cinemas.

Conservative Christianity has a long commitment to the idea of a personal devil. Our Pentecostal Prime Minister Scott Morrison believes the misuse of social media is the work of the Devil. Pope Francis, meanwhile, maintains Satan still exists.

The Devil’s modern resurgence might explain a reported increase in apparent demonic possessions in both conservative Catholic and Protestant churches. The rise has fuelled the growth of church ministries that claim to drive out demons. And the conspiracy theorists of QAnon have notoriously created baseless moral panic about the imagined sexual abuse of children in Satanic cults.

Given the amount of publicity the Devil is currently attracting, it’s worth reviewing his history. Here are five things worth knowing.

1. His story is paradoxical

After the Divine Trinity itself (the Father, Son and Holy Spirit — three identities in one God), the Devil plays the most important role in the Christian story.

He is there before the beginning of the world and he survives its end. He is first and chief among the angels. He is the first to disobey God and, along with his fellow fallen angels, to be expelled from Heaven.

From this moment on, religious history records the conflict between God and his angelic forces and the Devil and his demonic army.

Within the Christian tradition, it was the Devil — in the form of a serpent after his own fall from heaven — who brought about the Fall of humanity in the Garden of Eden. Christ’s death and resurrection signalled the victory over Satan and death. 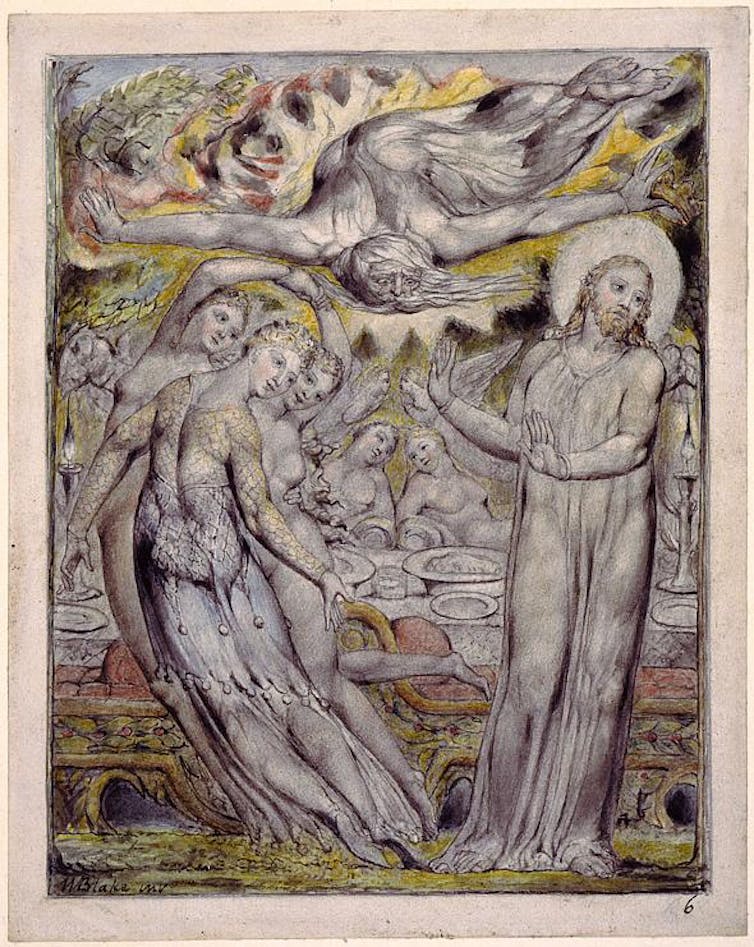 Yet this story is deeply paradoxical. For in spite of Christ’s apparent win, the Devil remains for Christians a real and present source of cosmic evil and human suffering. “We should not think of the devil as a myth, a representation, a symbol, a figure of speech or an idea,” declared Pope Francis in 2018, lest we “let our guard down”.

On the one hand, the Devil is God’s most implacable enemy, granted the freedom to rebel against him. Thus, Saint Paul advised the Ephesians “to put on the whole armour of God so that you may be able to stand against the wiles of the Devil” (Ephesians 6.11).

But on the other hand, the Devil is also God’s faithful servant who acts only at God’s command, or at least with his endorsement. So God sends Satan to kill Job’s animals, servants and children and to afflict Job with “loathsome sores” in order to test his faith in God (Job 1-2).

2. He is a master magician

Within the Christian tradition, Satan was a master of illusion. Unlike God, he could not perform miracles because he was bound by natural laws.

Satan was seen as a master of magic. In early Christianity, magic was reprehensible because demons were at the heart of it. For Saint Augustine (354-430), the demonic was present within all magic and superstitious practices in other religions.

For Isidore, bishop of Seville (c.569–636), “the foolery of the magic arts held sway over the entire world for many centuries through the instructions of evil angels […] all of these things are to be avoided by a Christian and entirely repudiated and condemned”.

Thus, witches, magicians, and sorcerers (whether acting benevolently or malevolently) were seen as in league with the Devil.

‘Conjecture is useless. We need a professional witch hunter.’

Read more: Is God good? In the shadow of mass disaster, great minds have argued the toss

The Devil has been imagined (and pictured) in many forms. In the television series Lucifer he is a handsome, well-built man.

This tradition goes back to John Milton’s depiction of him as a handsome man in the poem Paradise Lost: “From his lips/Not words alone pleased her”. Poet and painter William Blake depicted the devil as a chiselled Greek god.

In the medieval period, however, because he dwelt on the boundaries between the human and the bestial, he was often depicted in animal form. In Dante’s Inferno (1265-1321) he was imagined like a dragon with “two mighty wings, such as befitting were so great a bird, sails of the sea I never saw so large. No feathers had they, but as of a bat”. 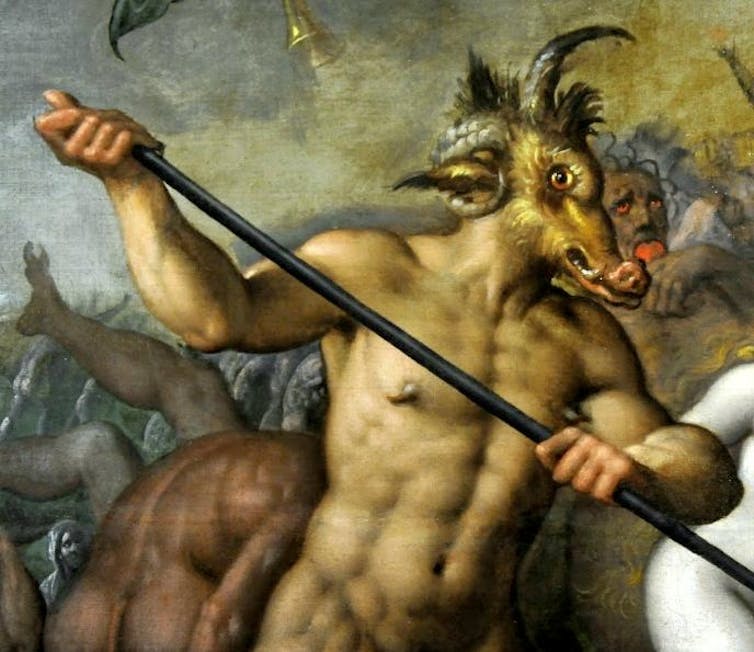 In demonological literature he was portrayed as a spiritual being without any bodily form. A master of illusion, he was a shape shifter. It was believed he could change gender and assume a male (incubus) or a female body (succubus).

As a spiritual being, the Devil was unable to create children. But he could assume a female form, steal semen from a man and then, in a male form, deposit it in a woman.

According to that most famous of all the Demonologies, Malleus Maleficarum (1486), the pleasure to be gained by a woman from sex with the Devil was equivalent or better to that with a man.

But the Devil and his angels gained no such pleasure. For them, it was just part of the job of inciting people to evil. Demons transformed themselves, Malleus authors declared, “not for the sake of pleasure, since a spirit does not have flesh or bones,” but “that humans will become more inclined to all faults”.

‘Lucifer’s come a long way. He does his best when you put a little faith in him.’

As a spiritual being, it was believed the Devil could enter into human beings and possess them. Demonologist Henri Boguet (circa 1550–1619) told of a nun who, in eating a lettuce, swallowed the Devil hidden within it.

Indeed, the Devil most often entered through the mouth. But he could apparently also gain access through other bodily openings or wounds. 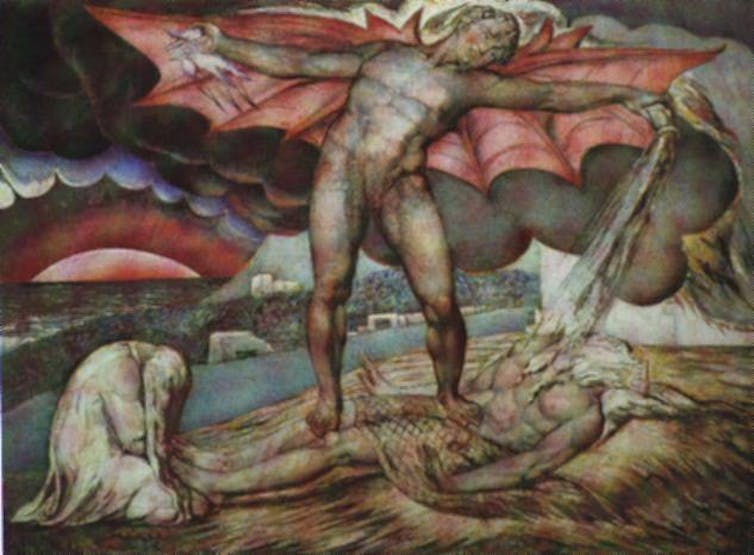 Demonologist Francesco Guazzo listed 47 signs of possession in his Compendium Maleficarum (1608). There were natural signs, like crying, gnashing the teeth, foaming at the mouth, extraordinary strength, and violence to the self and others.

There were also supernatural signs — clairvoyance, knowledge of strange languages, levitation, vomiting of strange objects, speaking without moving the mouth in different tones from the normal and the inability to feel pain when pricked.

In the “golden age” of demonic possession, from 1500–1700, experts arose within Catholicism and Protestantism who could cast out demons.

By the year 1600, do-it-yourself exorcism manuals were available. The most successful collection of these, the Thesaurus Exorcismorum (1608) promises “evil spirits, demons and all evil spells are driven from obsessed human bodies as if expelled by whips and clubs”.

According to the Christian understanding of history, the Devil, his son the Antichrist and his army of demons will be finally defeated on Judgement Day and sent to hell.

But within the confines of hell, the Demonic paradox continues.

The Devil and his evil angels will be tormented eternally for their rebellion against God. But they still remain God’s enforcers. There is no Biblical source for the idea of Satan and his demons torturing the damned in hell. But from the fourth century, Satan was believed to be the ruler of the underworld, as told in stories of Christ’s descent into Hell before his resurrection. 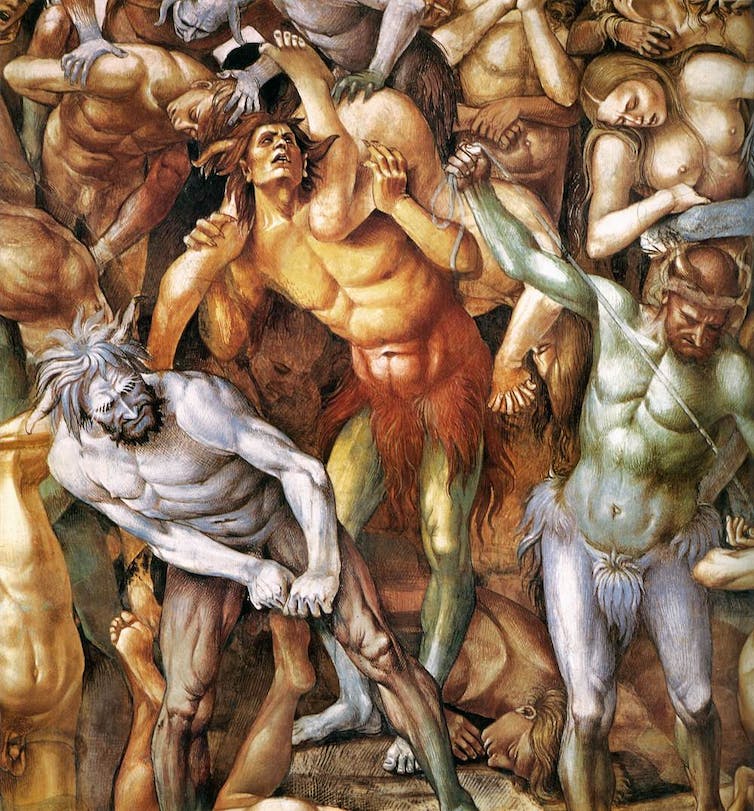 Detail from Luca Signorelli’s The Damned (circa 1500). Wikimedia Commons

Read more: Five things to know about the Antichrist

The role of Satan and his demons punishing the damned in hell was to become a common image in medieval art.

English philosopher Henry More (1614-87) wrote of gratuitous torture, with demons looking to “satiate their lascivient cruelty with all manner of abuses and torments they can imagine”. 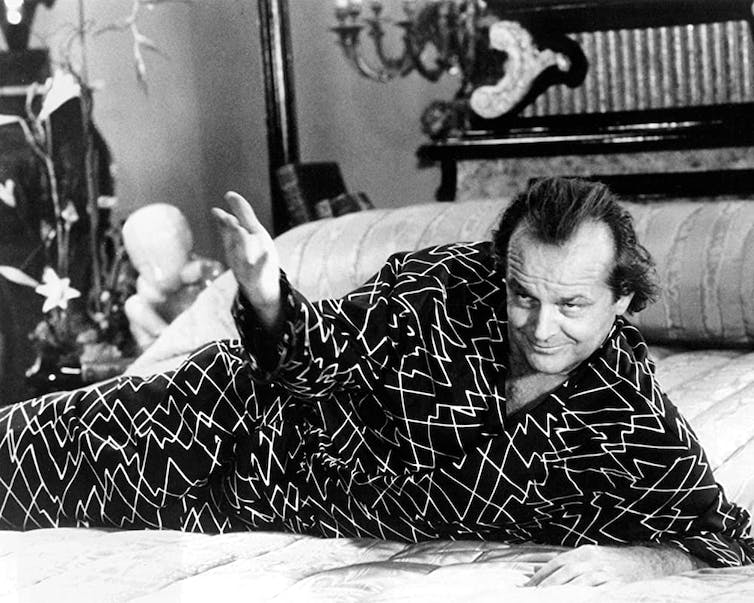 Jack Nicholson plays a charming devil in The Witches of Eastwick. IMDB

But by the end of the 19th century, this demonic story had lost its central role in Western intellectual life. The Devil had largely become a figure of myth.

Ironically, the marginalisation of the Christian story of the Devil in the modern West and in liberal Christianity allowed for a proliferation of devils and demons in popular culture — from The Devil’s Advocate to Rosemary’s Baby to The Witches of Eastwick.

The Devil is metaphorically, if not literally, the “evil” within all of us. As a result, the Devil has new domains, new territories, and new borders in which he “walks about, as a roaring lion, seeking whom he may devour” (1 Peter 5.8).