For three days this month, 7 billion tonnes of rain fell across Greenland — the largest amount since records began in 1950. It’s also the first time since then that rain, not snow, fell on Greenland’s highest peak.

This is alarming. Greenland’s ice sheet is the second largest on the planet (after Antarctica) and any rain falling on its surface accelerates melting. By August 15, the amount of ice lost was seven times greater than is normal for mid-August.

This is just the latest extreme climate event on the island, which sits in the North Atlantic Ocean. In a single day in July this year, the amount of ice that melted in Greenland would have covered the US state of Florida with 5 centimetres of water. And last October, research showed ice in Greenland is melting faster than at any other time in the past 12,000 years.

Melting in Greenland threatens to significantly hamper humanity’s efforts to mitigate climate change. That’s because, after a certain point, it may create catastrophic “feedback loops”. Let’s look at the issue in more detail.

Rising temperatures in the Arctic

Greenland’s vast ice sheet comprises almost 1.7 million square kilometres of glacial land ice. It covers most of the territory and contains enough ice to raise sea levels by more than 7 metres if melted.

The Greenland and Antarctica ice sheets lost a combined 6.4 trillion tonnes of ice between 1992 and 2017. Melting in Greenland has contributed to 60% (17.8 millimetres) of the Earth’s overall sea-level rise due to melting ice sheets, even though Greenland is much smaller than Antarctica.

This may be partly because half of Greenland’s melting is the result of rising air temperatures, which cause surface melting. In Antarctica, most ice loss is from ocean water melting glaciers that spill from land into the sea. And the rate of ice loss in both Greenland and Antarctica is accelerating — increasing sixfold since the 1990s.

Rain falling on ice exacerbates this process. So what’s behind the recent unprecedented weather?

Temperatures in the Arctic are rising twice as quickly as the rest of the planet for a number of reasons, including changes in cloud cover and water vapour, the reflectivity of the surface, and how weather systems transport energy from the tropics to the polar regions. This has made extreme weather events more common.

Read more: Climate explained: why is the Arctic warming faster than other parts of the world?

In recent years in Greenland, rain has fallen further north, and more rain has fallen in winter. This is not normal for these regions, which usually get snow, not rain, in below-freezing temperatures.

This month’s rain is the result of warm, moist air flowing up from south-west of Greenland and remaining for several days. In the morning of August 14, temperatures at the 3,216-metre summit of Greenland’s ice sheet surpassed freezing point, peaking at 0.48℃. Rain fell on the summit for several hours that morning and on August 15.

This was particularly shocking given the above-freezing temperatures occurred so late in Greenland’s normally short summer. At this time of year, large areas of bare ice are exposed from a lack of snow, which leads to greater runoff of rainwater and meltwater into the oceans. 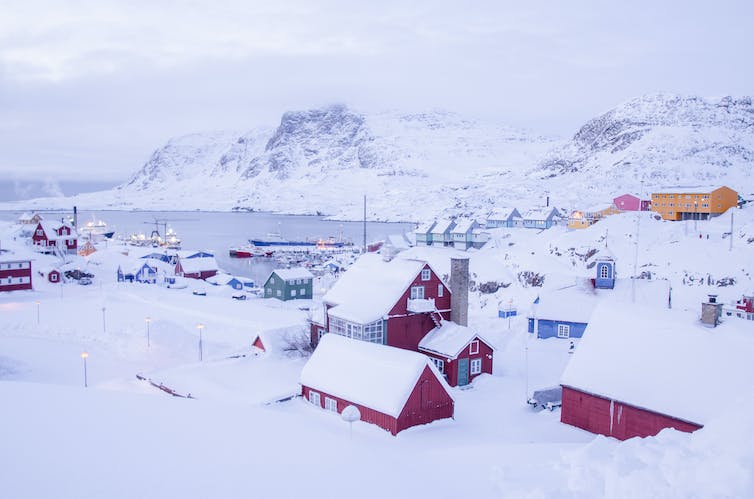 When melting is self-reinforcing

Rainfall makes the ice sheet more prone to surface melt since it exacerbates the so-called “ice-albedo positive feedback”. In other words, the melting reinforces itself.

When rain falls, its warmth can melt snow, exposing the underlying darker ice, which absorbs more sunlight. This increases temperatures at the surface, leading to more melting.

Unfortunately, this isn’t the only positive feedback loop destabilising the Greenland ice sheet.

The “positive melt-elevation feedback” is another, where the lower height of the ice sheet leads to faster melting because higher temperatures occur at lower altitudes.

Also worrying is when higher temperatures cause coastal glaciers to thin, allowing more ice to slip into the sea. This both speeds up the rate of glacier flow towards the sea and lowers the ice surface, exposing it to warmer air temperatures and, in turn, increasing melting. 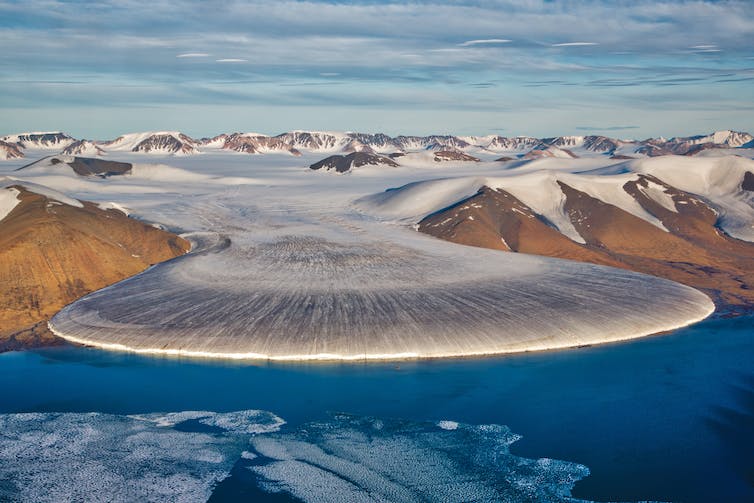 The rate of ice loss in both Greenland and Antarctica is accelerating. Shutterstock

What does this mean for the planet?

These positive feedbacks can lead to tipping points — abrupt and irreversible changes in the climate system after a certain threshold is reached. We are more likely to reach these tipping points as emissions increase and global temperatures rise.

While the science on tipping points is still emerging, the most recent report from the Intergovernmental Panel on Climate Change said they cannot be ruled out. The report identified likely tipping points such as widespread Arctic sea-ice melting and the thawing of methane-rich permafrost.

Read more: 'Failure is not an option': after a lost decade on climate action, the 2020s offer one last chance

Recent studies show what humanity may be up against. A study from May this year showed a substantial part of the Greenland ice sheet is either at, or about to reach, a tipping point where melting will accelerate, even if global warming is stopped. Scientists are concerned reaching this point may trigger a cascade effect, leading to other tipping points being reached.

Melted ice from both the Arctic Ocean and Greenland have caused an influx of freshwater into the North Atlantic Ocean. This has contributed to the slowing of a system of crucial ocean currents, which carry warm water from the tropics into the colder North Atlantic. This current, called the Atlantic Meridional Overturning Circulation (AMOC), has slowed by 15% since the 1950s.

If the AMOC slows down any further, the consequences for the planet could be profound. It could destabilise the West African monsoon, cause more frequent drought in the Amazon rainforest and accelerate ice loss in Antarctica. 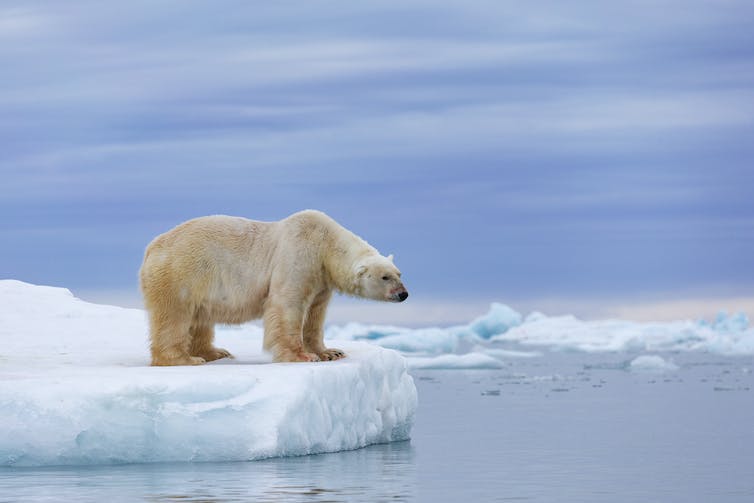 Melted ice from both the Arctic Ocean and Greenland have caused an influx of freshwater into the North Atlantic Ocean. CTK via AP Images

The rising likelihood of tipping points being reached beyond 1.5℃ of warming represents a potential, looming existential threat to human civilisation. However, even if we’ve already crossed some tipping points, as some scientists suggest, how fast the impacts unfold is still within our control.

If we limit global warming to 1.5℃ this century, we give ourselves longer to adapt to heating already locked into the Earth’s system. But the window is rapidly closing; estimates indicate we may reach the crucial 1.5℃ threshold as soon as the mid-2030s.

The message for humanity is urgent: hard science, not cloying political spin, needs to dictate climate action in the coming years. As with COVID-19, listening to the scientists gives us the best hope of saving the planet.

Read more: When Greenland was green: rapid global warming 55 million years ago shows us what the future may hold