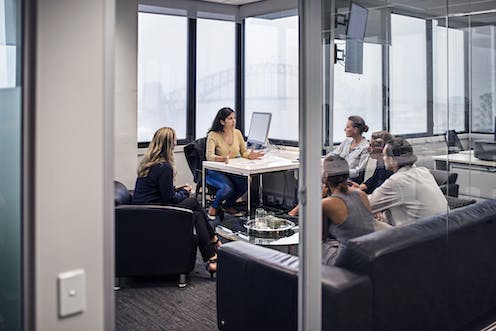 On March 21 2022 the world commemorated the International Day for the Elimination of Racial Discrimination. In Australia, we celebrated Harmony Day instead.

This is one of the greatest indicators of our continuing reluctance to talk about racism, and the silencing of meaningful conversations about it. Instead, we prefer race-neutral language such as “harmony”, “cultural diversity” and “cohesion”, and speak in ways that are celebratory and tokenistic.

Not surprisingly, this silencing of discussions of racism is reflected in our workplaces.

Diversity Council Australia’s (DCA) report launched in March 2022. The report disrupts the silence around racism in Australian workplaces by bringing attention to its prevalence.

The report is largely informed by DCA’s Racism at Work Survey. The survey shows nearly nine in ten employee respondents saw racism as a problem in their workplace; 93% agreed that organisations need to take action to address racism; and only 3% thought organisations should stay out of it.

Importantly, only 27% said their organisations are proactive in preventing workplace racism.

Clearly it’s time to put racism on the agenda - and according to DCA, this starts with using the right language. To combat racism, we must directly engage with workplaces to discuss racism in a way that can deliver solutions.

The report centres the voices of people who have experienced racism, and provides an Australian-specific framework for understanding and addressing it. It also presents the first ever organisationally focused anti-racism tool specifically developed for Australian workplaces.

DCA’s evidence-based organisational tool for anti-racism unpacks what is happening to embed or “lock” racism in place in Australian organisations (it calls these factors “organisational locks”), and what organisations can do to unlock and help end racism at work (“organisational keys”). However, DCA recognises that systemic racism may also need government intervention.

The organisational tool identifies and packs the various locks and keys that address both interpersonal and systemic racism in workplaces.

DCA’s report is a call to action for Australian organisations to start meaningful conversations about racism at work. It is also a call to move away from white-led perceptions of racism that can promote denial, deflections and minimisation of racism. For example arguments that racism in Australia is not as bad as it was in the past are often made to imply that it no longer has significant consequences for those who experience it- by minimising the role and deleterious effects of racism.

The DCA report shows nearly 9 in 10 employees who responded to the Racism at Work Survey saw racism as a problem in their workplaces. GettyImages

Read more: With COVID restrictions easing, should Black professionals have to return to hostile workplaces?

Racial literacy: a key to understanding racism at work

Dominant white-led perceptions of racism in Australia often claim racism is a hard concept to define and grasp. DCA’s research found this is a whitewashed perception of racism, sustained by racial illiteracy.

Racial illiteracy presents as misunderstanding racism beyond its overt forms. This makes it hard to recognise the more insidious, systemic forms embedded in seemingly race-neutral policies, practices and procedures such as preferring to hire candidates with Anglo-sounding names. Blindness to the systemic nature of racism is one of the biggest challenges to addressing and ending racism at work.

Drawing on legal scholar Guinier’s definition of racial literacy, the report defines racial literacy as “the ability to understand what racism is and how it operates in society so we can effectively address it”.

Racial illiteracy can also support the denial of white privilege and feed many deflections around racism. It is common to hear comments such as “oh, it is just a few bad (racist) apples”, as if racism is an exception rather than the norm. Such actions further the silencing of discussions of racism in workplaces.

The key then is increasing racial literacy, especially among organisational leaders who are often people with no experience of racism, as the research by the Australian Human Rights Commission tells us.

DCA’s report gives some practical guidelines for Australian organisations on how to achieve this. For example, building racial literacy must start with critical reflections that involve learning about and exploring one’s own racial identity, blind spots and biases. Building racial literacy must also involve a commitment to anti-racism, such as actively standing up to, and challenging racism.

The key to addressing racism? Centre the voices of lived experience

The paradox of racism at work is that the voices of people who have actually experienced racism are often dismissed and marginalised in discussions of racism. The voices of racially privileged people with lower levels of racial literacy are elevated when, for example, they develop workplace policies and procedures that don’t address racial inequalities. Allyship is appreciated, but it should not take away from the voice and space of those who have experienced racism.

DCA recommends centring the voices of people with lived experiences, especially in leadership because they have an “insider” perspective on racism. This perspective brings valuable and critical insight.

If they are happy to take on this role, leaders with lived experiences of racism can provide advice on strategies and policies for elimination, healing, wellness, racial equity and inclusion. In addition, they can be peer supporters for other people experiencing racism.

DCA’s report shows that racism is alive and well in Australian workplaces. Blaming racially marginalised people for “creating” racism or silencing them is not going to make it go away. Anti-racism is everyone’s business.