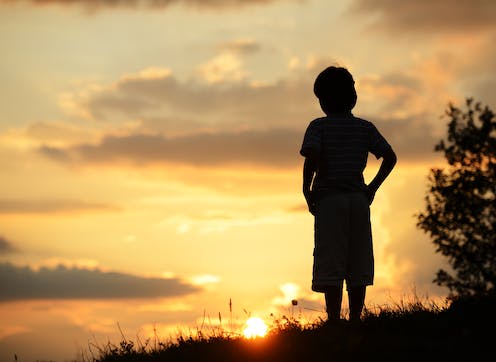 ACT Attorney-General Shane Rattenbury explained this change was inspired by public advocacy by victim-survivors, including 2021 Australian of the Year Grace Tame. The change was made because, for many, the term “relationship” implies the victim was a willing participant in their abuse, adding to the often gruelling experience of complainants in sexual assault trials.

In 2019, Tasmania made similar reforms in response to sustained advocacy. In that case, the government changed the name of the crime of “maintaining an unlawful relationship with a child” to “persistent sexual abuse of a child”. Critics had said the original wording “normalised” sexual offending against children and suggested the child was a voluntary participant.

These reforms are the latest chapter in law-making efforts, going back to the 1990s, which aim to craft criminal laws that capture this kind of offending.

In recent years the Child Abuse Royal Commission reviewed the relevant laws. The commission found the laws in most states and territories were not working as designed. This has renewed attention to the issue and created an opportunity for reform across the country.

Why the language of the law matters

According to journalist and survivor-advocate Nina Funnell, the “sanitised” language of a relationship exacerbates the trauma of survivors, painting them as active participants in a mutual romance.

This has made it necessary to prove there has been consistent, ongoing sexual contact. Cases where abuse is sporadic or opportunistic might not be enough.

This is at odds with social science evidence that sexual abuse is often opportunistic. In fact, labelling abuse as a “relationship” mirrors the distorted thinking of many perpetrators.

What about the other states and territories?

The term “relationship” is now used in the laws of all states and territories except for Victoria and Western Australia.

Although reforms in Tasmania and the ACT change the name of the offence, the words “relationship” or “sexual relationship” still appear in the legislation.

This reflects the recommendations of the Child Abuse Royal Commission that all Australian states and territories adopt this language in their criminal laws. This was despite the commission’s acknowledgement this language did not match the “exploitation” of repeated sexual offending against a child.

So why did the commission recommend this language?

Simply, because it works.

Child sexual abuse is one of the most under-punished crimes in Australia.

The purpose of the royal commission’s recommendations was to ensure these offences were made more effective by reflecting the way victims remember repeated child sexual abuse.

Our legal system normally requires crimes to be charged individually, with specific details like the time and location of an offence. This gives the accused the best possible chance to mount a defence.

However, it is very normal for a survivor of persistent sexual abuse to remember the abuse as a whole and not as individual acts.

This creates what two justices of the South Australian Supreme Court have called a “perverse paradox”: that “the more extensive the sexual exploitation of a child, the more difficult it can be proving the offence”.

As a result, all Australian states and territories have laws that allow repeated sexual offending against a child to be charged as a single offence. However, in most jurisdictions, juries must still be able to identify and unanimously agree on a minimum number of separate occasions of abuse. This undermines the effectiveness of the laws by requiring complainants to recall details of specific events.

At the time of the royal commission, the Queensland law was unique in allowing a jury to convict if they agreed an unlawful sexual relationship existed, even if they did not unanimously agree on specific acts of sexual offending. This overcame the “perverse paradox”.

For that reason, the royal commission drafted model legislation using the Queensland wording, labelling the crime “maintaining an unlawful sexual relationship with a child”, and requiring a jury to unanimously agree there was a relationship but not on individual acts of abuse.

Many states and territories have now partly implemented the royal commission’s recommendations, but more work needs to be done. Four states and territories still require evidence of individual acts of sexual offending. This includes the only two states, Victoria and Western Australia, that do not describe the crime as a “relationship” anywhere in their legislation.

Calls for national reform of these offences using language that accurately names the crime are timely and well justified. Future reforms should tell the truth about this crime: it is persistent sexual abuse of a child, not a relationship. Reform should also create laws that give survivors a chance to secure justice through the courts.