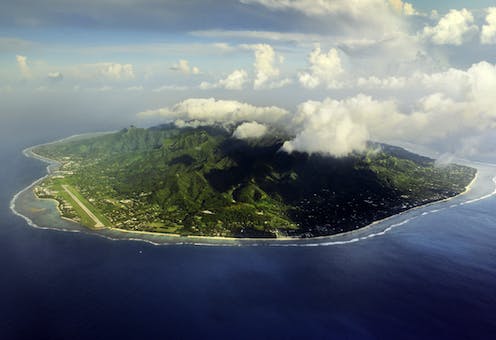 Plundering the Pacific for its rich natural resources has a long pedigree. Think of the European companies strip-mining Nauru for its phosphate and leaving behind a moonscape.

There are worrying signs history may be about to repeat, as global demand soars for minerals critical to the clean energy transition. This demand is creating pressure to extract more minerals from the sensitive lands and seabeds across the Pacific. Pacific leaders may be attracted by the prospect of royalties and economic development – but there will be a price to pay in environmental damage.

As our new research shows, this dilemma has often been ignored due to the urgency of the green transition. But if we fail to address the social and environmental costs of extraction, the transition will not be fair.

Around 80% of Nauru’s surface was strip-mined for phosphate, leaving a moonscape behind. Getty

Nations across the Pacific now face a double threat: climate change and the consequences of extractive industries. Rising sea levels, more powerful cyclones and droughts threaten low-lying nations, while the legacy of the worst effects of global resource extraction industries lives on.

Read more: Pacific Islands are back on the map, and climate action is not negotiable for would-be allies

Now they face a resurgence. You might not associate the small islands of the Pacific with mining, but the region contains enormous deposits of minerals and metals needed for the global energy transition.

Under the soils of New Caledonia lie between 10 and 30 per cent of the world’s known reserves of nickel, a critical component of the lithium-ion batteries which will power electric cars and stabilise renewable-heavy grids. In Papua New Guinea and Fiji there are vast undeveloped copper reserves. It’s estimated cobalt – another key battery component – is found in the deep sea around the Pacific in quantities several times larger than land resources.

Sensing this opportunity, miners from Australia, China and elsewhere are lining up to take advantage of global demand while positioning themselves as vital contributors to climate action.

You might think this is a win-win – the world gets critical minerals, and the Pacific gets royalties. While some Pacific nations like Papua New Guinea and New Caledonia see an opportunity for economic development, the problem is that historically, many Pacific states have struggled to control the excesses of the extractive industries and convert their natural mineral wealth into broad based human development.

But supplying these resources shouldn’t come at the expense of communities and environments.

Read more: Deep-sea mining may wipe out species we have only just discovered

Our research reveals that extractive projects planned or underway in the Pacific are located in some of the world’s most complex and volatile environmental, social and governance conditions in the world.

Think of the historic and current tensions in Solomon Islands or the separatist movement radicalised by mining in Papua New Guinea’s Bougainville region. Increased pressure to mine in combustible regions is risky.

Will this place pressure on Pacific unity?

Pacific leaders understand these risks. At last month’s forum, they endorsed a new 30 year strategy for the Pacific, which speaks to this double bind. The strategy declares the urgent need to act on climate while also calling for careful stewardship of the region’s natural resources to boost socio-economic growth and improve the lives of their citizens.

Tourism campaigns by Pacific nations often show pictures of happy people in lush environments. But the reality is much of the region is chronically unequal.

Many Pacific leaders want development opportunities and resent being told what to do with their natural resources by the leaders of developed nations. Others, however, are concerned about the damage mining may do to their environment.

This emerging divide is why dreams of regional unity remain elusive. Despite calls for a unified Pacific voice, different leaders have very different views about mining.

In recent months, we’ve seen the Federated States of Micronesia join Samoa, Fiji and Palau in calling for a moratorium on deep sea mining, while Nauru, Tonga, Kiribati and Cook Islands have already backed seabed projects.

In February this year, Cook Islands granted three licences to explore for polymetallic nodules – lucrative lumps of multiple metals – in the seas to which they have exclusive economic rights.

You can see the appeal – an estimated 8.9 billion tons of nodules lie strewn around the ocean floor. These deposits are worth an estimated $A14.4 trillion. Trillion, not billion. This is the world’s largest and richest known resource of polymetallic nodules within a sovereign territory, and a massive share of the world’s currently known cobalt resources.

These nodules are so rich in four essential metals needed for batteries (cobalt, nickel, copper and manganese) that they are often called “a battery in a rock”.

Meanwhile the Papua New Guinean government is considering enormous new gold and copper mines which lie in ecologically and socially vulnerable areas. Locals, environmentalists and experts have already sounded warnings over a project planned at the headwaters of the untouched Sepik River. No one wants to see a repeat of the Ok Tedi mining disaster.

Similar debates are raging over whether to reopen the lucrative but disastrous Panguna copper mine on Bougainville Island, as local leaders look for ways to fund their forthcoming independence from Papua New Guinea.

To date, Australian policymakers have not considered the risks of huge new mining operations across the Pacific. In part, this is because some of these mines are framed as a key way to tackle climate change, the largest threat to the region.

This has to change. Action on climate change is vital – but the Pacific’s peoples must actually benefit from the mining of their resources. If this mineral rush isn’t done carefully, we could see the profits disappear overseas – and the environmental mess left behind for Pacific nations to deal with.

This challenge comes at a time of heightened geostrategic competition, as China moves into the region seeking influence and raw materials ranging from wood to fish to minerals.

If Australia’s new government is serious about using its sizeable regional influence to tackle climate change in the Pacific, it must ensure it is done justly and fairly. We must focus our policy attentions on the complicated knot of clean energy and intensified mining.