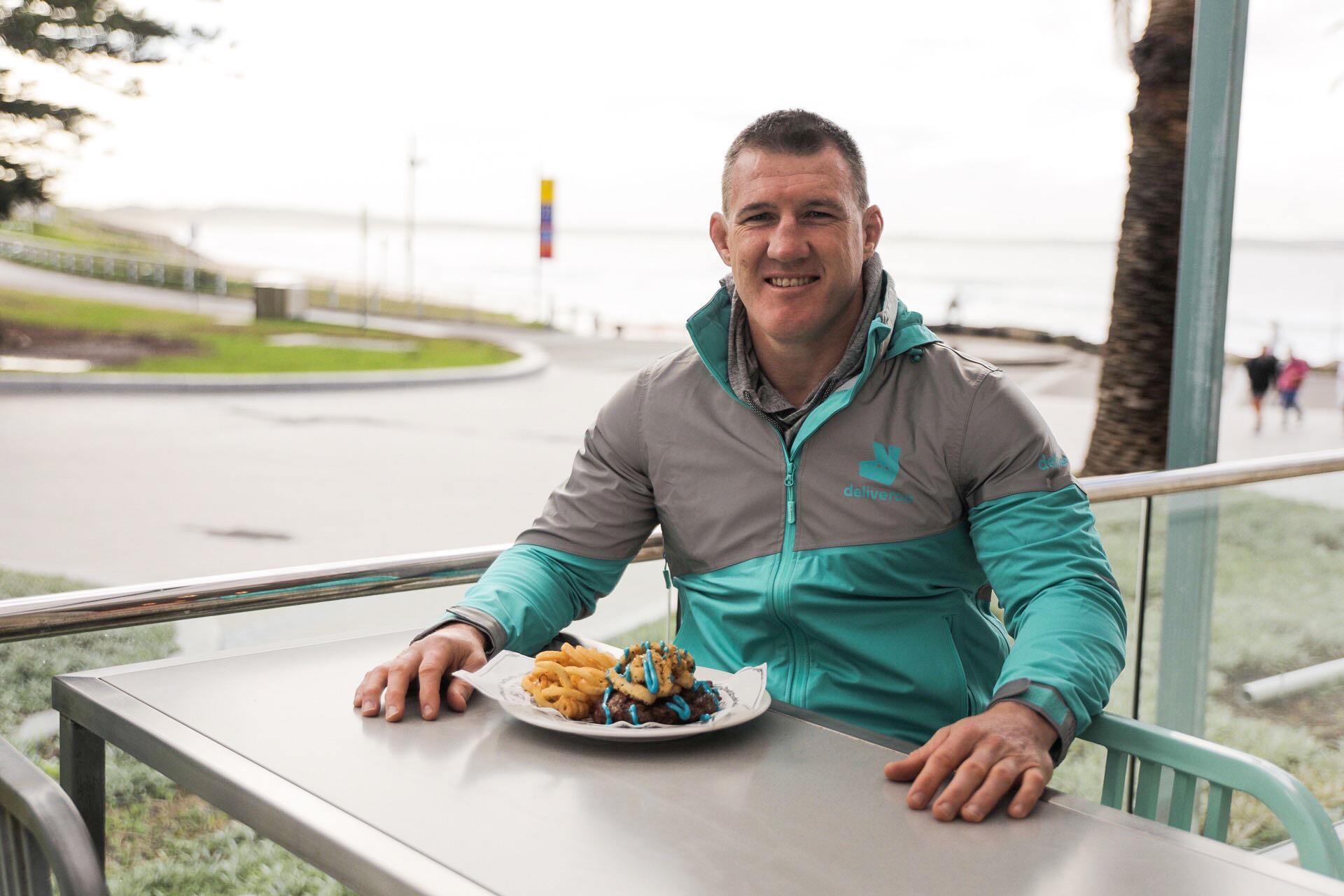 The steaks have never been higher in the lead up to Game 2, as league legends Paul Gallen and Jharal Yow Yeh gear up with Deliveroo. Introducing Steak of Origin - a match between two saucy players, who have created their ultimate team tribute: a steak topper available exclusively on Deliveroo from Hog’s Australia Steakhouse.

Paul Gallen will surprise and delight lucky Sydney-siders who order a side of Gallen’s Prop-per Topper from Deliveroo during the week of game 2, from the 16th -23rd June.  No need for Brisbane fans to feel disheartened, Jharal Yow Yeh will be delivering orders to QLD customers who order a Yow Yeh’s Wing Topper with their steak from the 16th -23rd June.

Born and bred from Rockhampton, the alleged beef capital of Australia, Jharal Yow Yeh said “Nothing is better than a  juicy steak with a mouthwatering sauce and no one does it better than the Queenslanders,” with Paul Gallen retaliating that “I’m always up for some friendly competition – looking forward to going head to head on these delicious steak sauces.”

Joe Satari, Deliveroo Communication Manager: “For all those die-hard football fanatics, Deliveroo has made the game feed fantasy a delicious reality. We are thrilled to join in the celebrations for one of the greatest sports rivalries of the year.”

Whether it’s a rib fillet, sirloin, rump or beautifully-burnished rib eye on the bone, these mouthwatering sauces will elevate your meal to a game-worthy feed. Mark it in your calendar as the steak may not be rare, but this opportunity definitely is.

You can order Yow Yeh’s Wing Topper and Gallen’s Prop-per Topper exclusively from Hog’s Australia’s Steakhouse via Deliveroo for $5 at the below locations:

Deliveroo is an award-winning delivery service founded in 2013 by William Shu and Greg Orlowski. Deliveroo works with over 80,000 best-loved restaurants and takeaways, as well as 60,000 riders to provide the best food delivery experience in the world. Deliveroo is headquartered in London, with 2,500 employees in offices around the globe.

Hog’s Australia’s Steakhouse has proudly been serving up their signature 18-hour slow cooked prime rib steak and special blend of Hog’spitality for 30 years. Hog’s currently operate over 65 restaurants across the country with delivery via Deliveroo available from 16 of these locations.