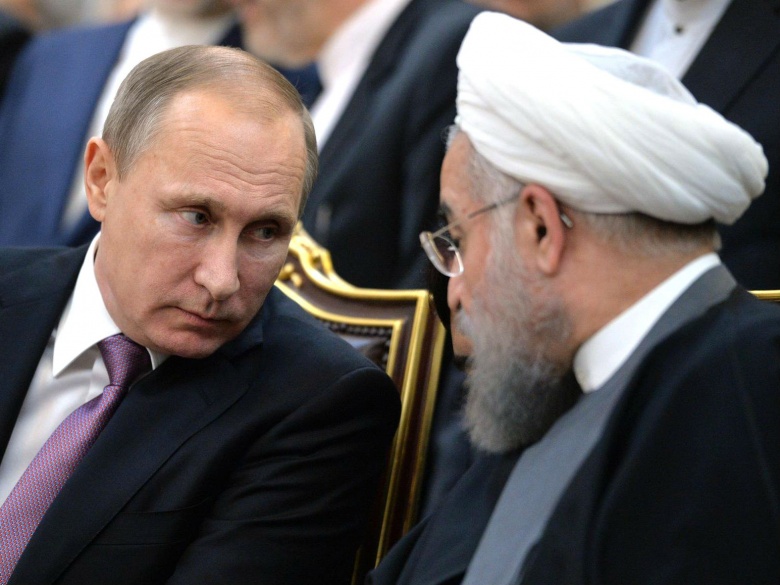 Turkey’s readiness to restore relations with Moscow, Britain’s exit from the European Union, circulation of some rumors on the Green Continent about the need to revise relations with the Kremlin, increased willingness among Middle Eastern countries to develop relations with Russia, and forthcoming changes in the White House are all new opportunities, which provide Moscow with more options and more expanded maneuvering space in its foreign policy. Adoption of a pragmatic approach, on the other hand, makes it possible for the Kremlin from both theoretical and practical standpoints to make the most of these opportunities. Russia’s pragmatism is based on such principles as involvement in a positive game with all sides, the necessity of usefulness of action, the effectiveness of reaction, avoiding useless belligerence, strategic opportunism, as well as multitier and resilient identity. Within framework of this approach and to make it operational, effort is being made to create adequate maneuvering room for making tactical changes and taking the most advantage of the smallest opportunities.

Russia’s military operations in Syria, from their sudden beginning to their sudden downturn, were an example of the application of Moscow’s pragmatic approach, which up to the present time, has produced “relatively” successful results. By starting those operations, Moscow met part of its interests, including by reminding the West and its regional allies of the importance of the geopolitical element and spheres of influence; protecting its geopolitical interests in Syria in medium terms, and strengthening the Russian coalition in the Middle East through interaction with Iran in Syria. On the other hand, by suddenly reducing its forces and military strikes in Syria, Moscow paved the way for meeting another part of its interests in relations with the West and its regional allies.

With this consideration in mind, finding a more expanded space for “effective” maneuvering by Russia to interact with and affect various sides in the Middle East can be regarded as one of the most important achievements and in better words “successes” of the Kremlin’s pragmatic game in the face of the Syria challenge. This is why while taking to task the policy adopted by the administration of US President Barack Obama in the Middle East, some American diplomats have referred to Russia’s “active” game with various actors in the region from Syria to Iran, Turkey, Arab countries, Israel and the West itself, describing this situation as a sign of Washington’s retreat in this field.

Moscow, however, has been successful in creating and maintaining a fluctuating atmosphere among these actors at a time that its official allies, that is, Iran and Syria, see themselves in essential confrontation with the other side, that is, the West and its regional allies. In this multivector policy, the Kremlin has bolstered its policy and influence in the Middle East through interaction with Tehran and Damascus, on the one hand, while on the other hand, it has proven to the West and its allies that solving problems in this region would not be possible by ignoring the interests and considerations of Moscow and a fair share should be always considered for Russia.

The Kremlin is also taking into account the necessity of creating and maintaining effective maneuvering space with regard to other issues and with different actors as a function of its realistic assessment of weaknesses and limitations of its foreign policy assets. This is true because Moscow knows that these assets are not sufficient to achieve its ambitious goals and, as a result of experiences it has gained under the former Soviet Union and also during the 1990s, it has found out that a unilateral approach will have no other “result” but wastage of the existing resources. This approach will provide necessary conditions for Moscow to take advantage of new opportunities in relations with Turkey, the European Union, the United States and countries in the Middle East.

Without a doubt, taking advantage of these opportunities would not be that easy, tactical changes would not come without a cost, and there is also no guarantee about final achievement of goals. However, it must be noted that rapid regional and international developments do not provide any guarantees or safe margins for any actor. In the meantime, a pragmatic approach has offered a wider arena for play and more possibilities are there for tactical fluctuation among sometimes conflicting actors and factions, as a result of which Russia’s chances for achieving its goals have increased.

Practical trends also show that compared to other actors, Moscow has more expanded space and options for action and it will be able to maintain this capability in the foreseeable future as well. Regardless of whether Russia’s foreign policy goals will or will not be realized, this capability, per se, can be considered a “success” for the foreign policy of this country.

However, although the wide maneuvering space, change in tactic, and a multitier game have been “useful” to Moscow, this approach has not been very pleasing to nominal allies of this country, including Iran. This is true because Iran is well aware that any change in Russia’s game with other actors, especially with Turkey, the European Union and the United States, would have inevitable effects on Moscow’s relations with Tehran and, subsequently, on Iran's interests. Experience has shown that in most cases, this effect has been negative. However, in its new round of relations with Moscow, Tehran has been looking at Russia as a balancing weight against the West as a result of which, it has been willing to have long-term and stable interaction with Moscow, and the aforesaid negative effects can disrupt this framework.

Therefore, it seems that Moscow’s current approach to development of relations with Tehran is not a merely tactical step, but a result of fixed necessities in the foreign policy of Russia and a consequence of geopolitical considerations in the first place, which make it possible for this approach to remain relatively stable. However, it must be noted that even within this framework, Moscow maintains necessary maneuvering space for tactical changes and these changes may not be necessarily in line with Tehran’s interests. With this point in mind, for more optimal regulation of relations, Iran must consider pragmatism – and as a function of it, the “constancy” of tactical changes in Russia’s foreign policy – as a principle. On the other hand, Moscow must take necessary measures in order to reduce to a minimum the negative effects of these changes on Tehran’s interests. It is only in this state that the two sides would be able to come up with a more stable model for long-term interaction.

*Iran and the Principle of Balance and Containment in Russia's Middle East Policy: http://www.iranreview.org/content/Documents/Iran-and-the-Principle-of-Balance-and-Containment-in-Russia-s-Middle-East-Policy.htm

*Tactical and Geopolitical Interaction between Iran and Russia in Syria: http://www.iranreview.org/content/Documents/Tactical-and-Geopolitical-Interaction-between-Iran-and-Russia-in-Syria.htm