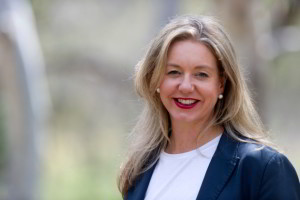 When given the chance to defend farmers, the Agriculture Spokesperson rose to the defence of those who commit ‘civil disobedience’.

It speaks volumes about who the Greens stand for, and how far removed they are from reality.

Read the room Janet—farmers are seriously scared and some are leaving the industry.

When you trespass, steal and harass you’re not a protestor, you’re not committing ‘civil disobedience’, you’re a criminal and deserve to be punished with the full force of the law.

There are state and territory laws that deal with trespass, and they remain, but our laws are targeting those who incite sophisticated and coordinated attacks on farms.

The Government is introducing tough new penalties and sending a clear message: if you use a carriage service to incite trespass against our family farmers, you will be risking jail.

The Bill does not criminalise activism or protest, provided people aren’t inciting trespass.

The people who produce the food that feeds us have a right to feel safe in their businesses and homes without the threat of activist invasions.

Only the Liberal and Nationals Government values our farmers, and is willing to do all we can to protect them.

The Greens support civil disobedience and for people to have the right to protest against unfair and poor practices and poor laws.

… so much change in society had come because people had stood up and participated in civil disobedience.

You've got to allow people to be able to call out really bad practice and illegal operations … it is often very difficult to do that legally if you can't actually have the evidence.

One of our biggest concerns with these new laws is that they are making the penalties for that trespass really quite extreme.

But in dealing with that fear it doesn't mean we should be unreasonably cracking down on genuine civil disobedience.

…the existing laws strike that balance.