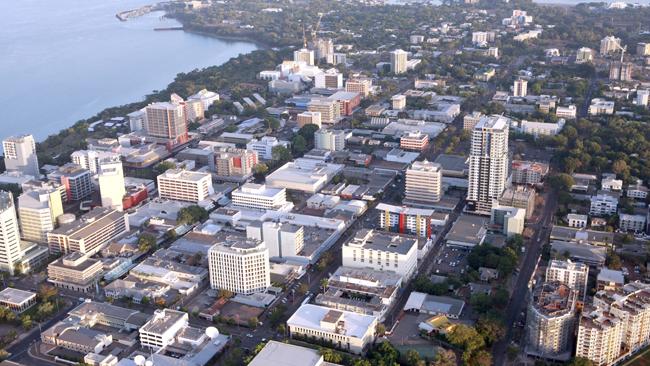 Darwin 9 July 2015. Lands and Planning Minister David Tollner has today approved the rezoning of land in Blake Street, Darwin, to allow a residential development to proceed.

The approval granted will limit the height of the proposed development on lot 7280 to seven storeys, instead of the nine originally sought by the applicant.

The proposal to rezone the land for high density residential use from community purpose use received 490 letters of objection and 1198 letters of support.

“I have consulted widely on this application and by lowering the height of the development I have tried to meet the concerns of some residents,” Mr Tollner said.

“However, my role is to act in the interests of the whole community and there are very clear arguments in favour of allowing development to proceed.

“A key consideration is that the lots immediately adjoining this site to the north have been zoned for high-density residential development of up to eight storeys since 1978.

“Furthermore, the site has been vacant since 1974 and no provider of community services has emerged in that time.

“Finally, Darwin still faces a long-term need for new homes. If we cease residential development we will soon see a return of the surge in house prices and rents that has left many people unable to afford a home of their own.”

Mr Tollner said there was a common misconception about the definition of ‘community purpose’ zoning.

“Community purpose was the only land classification under which the site’s previous owner could operate a television studio,” Mr Tollner said.

“But that does not mean the land belongs to the public or must only be used for purposes which are sanctioned by residents.

“In fact, the existing community purpose zoning allows the site to be developed for uses that would probably generate widespread concern – such as waste recycling.”

The number of units permitted on the site will be 118 – not the 2000 which has been claimed – and the proposal will not require a road to be built through the Botanic Gardens.

Mr Tollner said the site was well-suited for infill residential development and that this had been recognised by the previous Labor government in its 2012 master plan for Darwin.

“Just three years ago Labor earmarked the entire neighbourhood as an urban ‘activity area’ to be developed for future growth,” Mr Tollner said.

“Its plan explicitly supported the ‘residential densification’ of such sites, as well as retail and commercial development.

“The Leader of the Opposition has conveniently forgotten all this in his rush to jump on the anti-development bandwagon.

“Labor’s hypocrisy and deceit on this issue is astonishing.

“It has neither the principles nor the conviction to do what is right for the whole community.”

Following the rezoning of lot 7280, the applicant must now seek development approval from the Development Consent Authority to progress the project.